Officials said the development of the Guangdong-Hong Kong-Macao Greater Bay Area is promoting the Pan-Pearl River Delta (PPRD) region as a new platform to strengthen partnerships with Hong Kong and Macao.

This year marks the 15th anniversary of the PPRD and its economy is experiencing rapid growth.

The region's output value increased five times to 31.72 trillion yuan in 2018, accounting for one-third of the country's total.

The blueprint for the Greater Bay Area (GBA) development released by the central government in February said the development of the GBA needs to benefit the PPRD.

Carrie Lam said Hong Kong played the role of bringing in foreign investment and helping PPRD companies go global in the past decade.

In the future, the Belt and Road Initiative and the GBA blueprint provide new opportunities for work with PPRD provinces, she said.

Taking its partnership with Guangxi as an example, Lam said she expects the two sides to extend exchange in financial and cultural industries, as well as education and quality control.

She said Hong Kong and Guangxi are co-founding a vocational training class in Nanning, while she additionally participated in the official opening ceremony for the Hong Kong Standards and Testing Centre branch in the city.

Hong Kong has established about 6,800 enterprises in Guangxi with a total investment of $27.5 billion by the end of this June, while Macao has set up 349 firms.

"First of all, we will further expand cooperation between nine provinces on the mainland and the two SARs in the field of fundamental infrastructure connection and professional services."

He also said that the nine mainland provinces and autonomous regions will continue to facilitate trade liberalization with Hong Kong and Macao.

Guangdong governor Ma Xingrui said governments in the PPDR region have started to formulate partnership measures this year in order to get involved in the development of the GBA.

Guangdong and Guangxi jointly released a three-year action plan for accelerating the development of the Pearl River-Xinjiang economic zone in order to grasp the opportunities of GBA, Ma said. 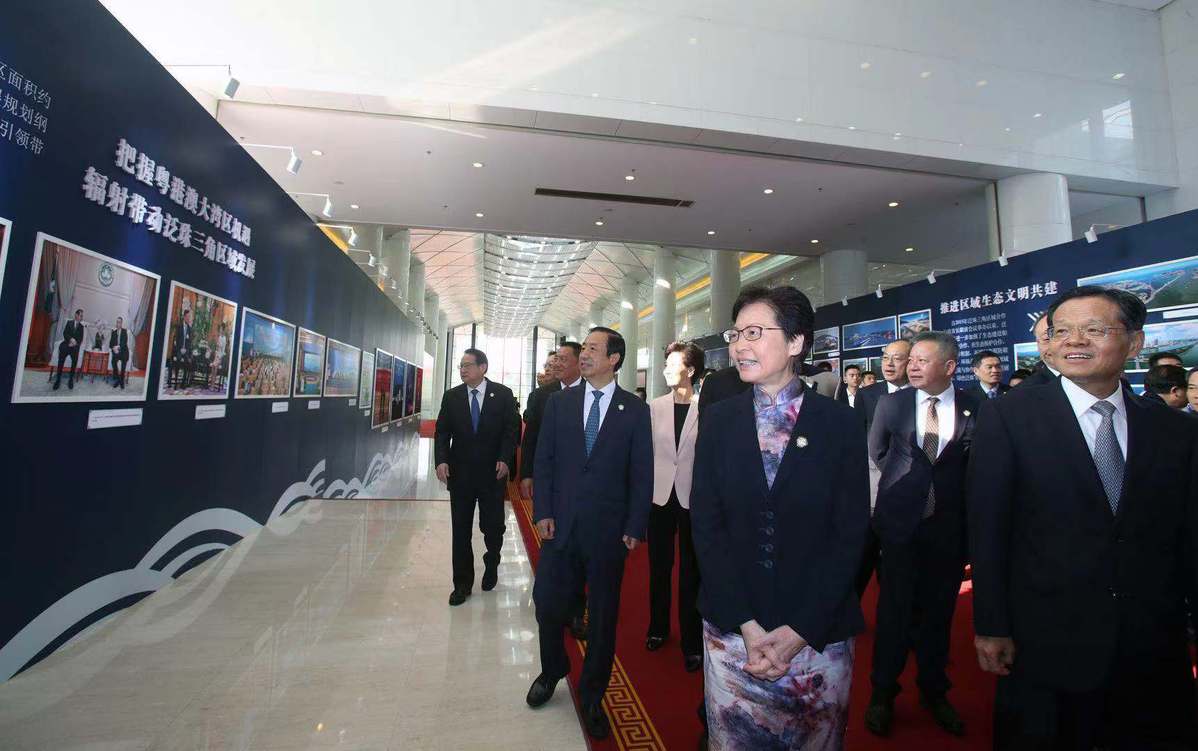