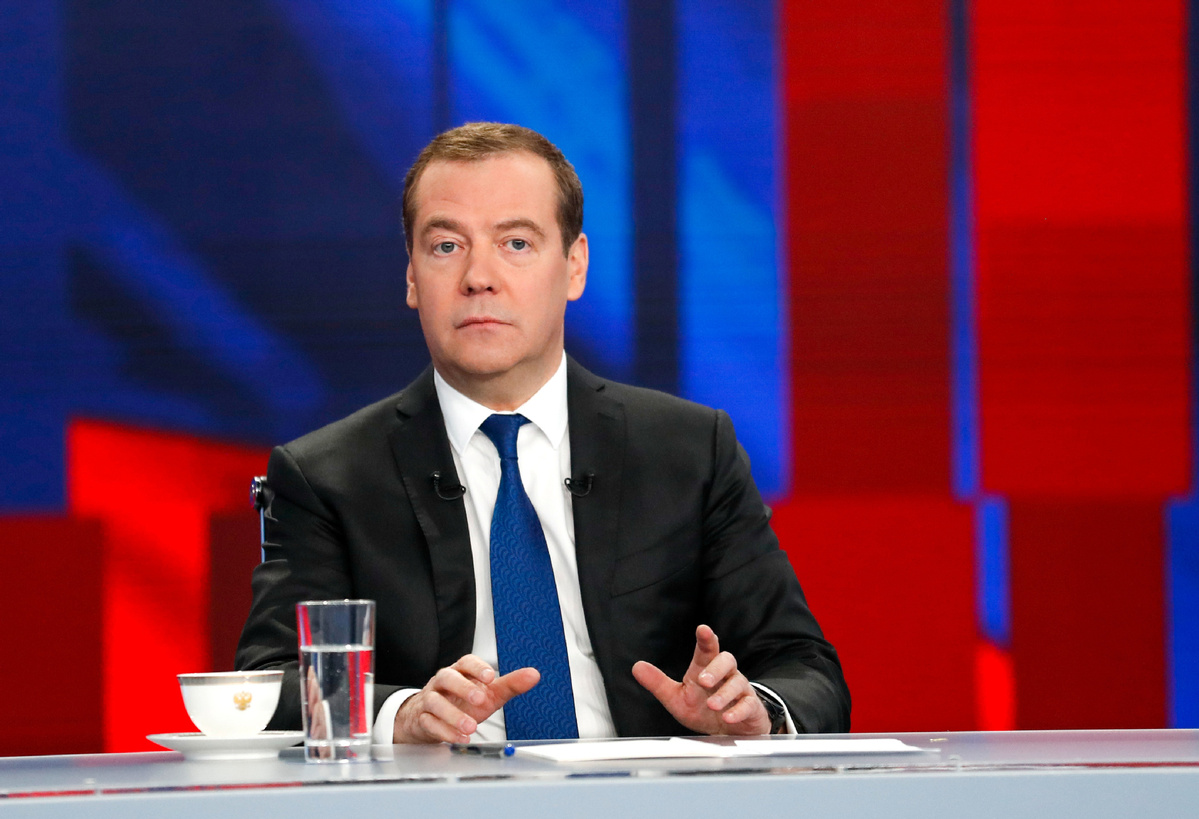 Russian Prime Minister Dmitry Medvedev announced on Wednesday that he and the rest of the Russian government were resigning, Russian news agencies reported.

Accepting the resignation, Putin asked the ministers to function as a caretaker government until a new one is formed.

According to the Kremlin, Medvedev met with Putin after the National Address, which took place earlier on Wednesday. After the meeting, he made the shocking announcement.

Putin also said he plans to create a position of deputy secretary of Russia's security council, and offer it to Medvedev, Russia's RT TV channel reported.

Putin thanked Dmitry Medvedev's government for its work. "For my part, I also want to thank you for everything that was done at this stage of our joint work, I want to express satisfaction with the results that have been achieved," the president told a meeting with the Cabinet of ministers.

The Russian leader noted that he planned to meet with all ministers of Medvedev's government. "I will meet with each of you," Putin said.

Medvedev said the current government should rightly step down in the wake of presidential proposals to amend the constitution, Medvedev told the Cabinet in the meeting with Putin.

"After those amendments are adopted — and it was said that this is likely to be done following discussion — there will be significant changes not only to a variety of constitution articles, but to the balance of power, namely to the executive, legislative and judicial branches of power," Medvedev said.

"In this context, it is evident that we, as the government of the Russian Federation, should provide our country's president with an opportunity to take all the necessary decisions in these conditions. I believe it right for the government of the Russian Federation to step down in conformity with Article 117 of Russia's Constitution," Medvedev added.