Sandstorm shows the power of nature 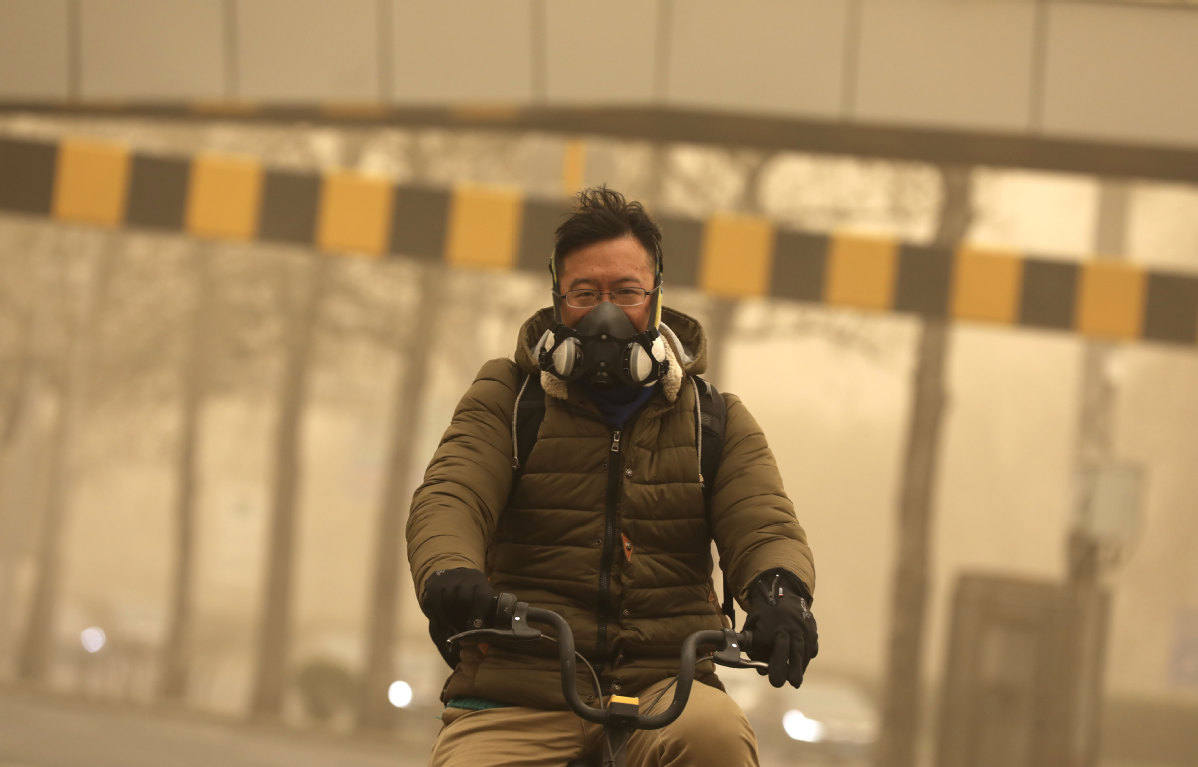 A man braves a sandstorm in Beijing on March 15, 2021. [Photo by Zhu Xinxing/chinadaily.com.cn]

China has made remarkable achievements in the past two decades in the fight against desertification, however, the sandstorm that swept through a vast area of North China on Monday shows there is still a long way to go, a senior environment protection official said.

Zhao Yingmin, vice-minister of ecology and environment, said China's environment is still fragile and more time will be needed to see large improvements.

He said China has developed a unique mode of reducing air pollution that has gained international recognition. It is piloting the maintenance of stable economic growth while making every effort to control pollution.

"Monday's sandstorm is a reminder to us that our understanding of nature is still limited," he said. "Although the sandstorm this time was a sudden hit, our responsibility to fight for the environment is heavy."

Satellite surveillance indicates that China's sandy and desert areas have each shrunk by around 2,000 square kilometers a year this century.

The National Forestry and Grassland Administration conducts a survey every five years. The latest survey is about to finish, with the results expected to be revealed by the end of this year, said Sun Tao, director of the administration's desertification survey center.

"Current information we've collected shows that the two areas will continue to see a decline," he said.

Sun said meteorological conditions played a major role in generating the sandstorm that hit Beijing on Monday, which was the strongest in 10 years. The National Meteorological Center said the source was mostly in Mongolia.

Sun said China has made remarkable progress in improving vegetation coverage, which contributed a lot to reducing sandstorms.

The State Council, China's Cabinet, initiated a sand-sources control project for the Beijing-Tianjin-Hebei province region in 2000, and the administration said it had seen 9 million hectares of forest planted by last year. During the period, about 51,000 hectares of land that had degenerated into sandy land had recovered environmentally, and more than 9.7 million hectares of grassland had been restored.

Forest coverage in parts of Shanxi and Shaanxi provinces and the Inner Mongolia autonomous region that are sources of sand rose from 10.6 percent in 2000 to 18.7 percent as of October last year.

The project resulted in a significant improvement in the Beijing-Tianjin-Hebei region's environment, according to the administration.

The average annual density of inhalable particles in Beijing declined from 162 micrograms per cubic meter in 2000 to 38 mcg per cubic m last year. Sandstorms in the capital have also significantly declined from 13 to two or three a year.

"What we can do is to reduce the sandy areas resulting from human activities and make joint efforts with other countries to protect the environment," he said.