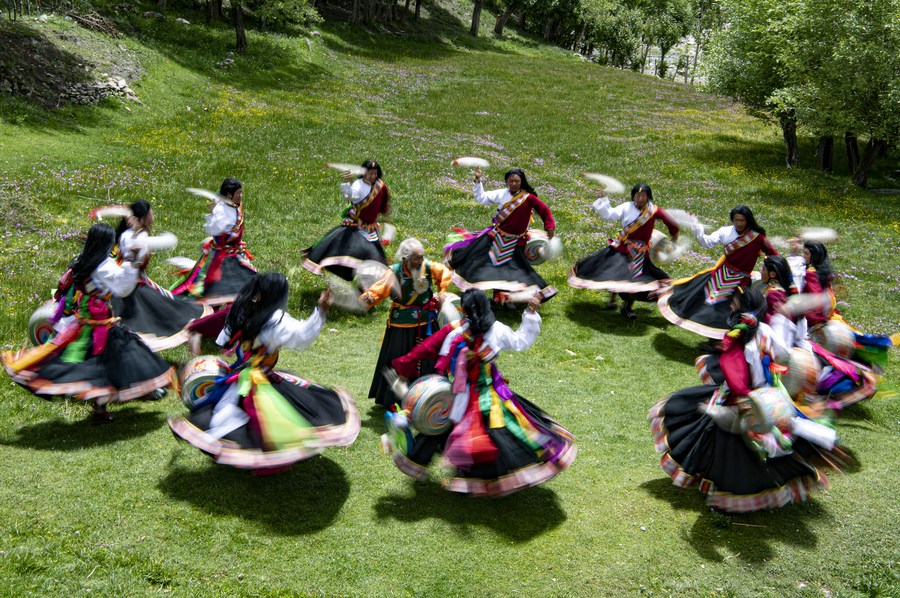 The total output of the culture industry in southwest China's Tibet Autonomous Region grew more than fourfold to 6.9 billion yuan (about 971.9 million U.S. dollars) over the past decade, local authorities said.

The output registered an annual growth rate of over 15 percent on average, Gan Liquan, deputy director of the regional department of culture, told a press conference on Sunday.

Over the past decade, more than 400 million yuan, earmarked by both the central and regional governments, was spent on the protection of intangible cultural heritage, Gan added.

A total of 121 intangible cultural heritage workshops have been established in the region, creating jobs for 3,053 people from 2,271 households and increasing monthly incomes by more than 3,200 yuan on average, Gan said.