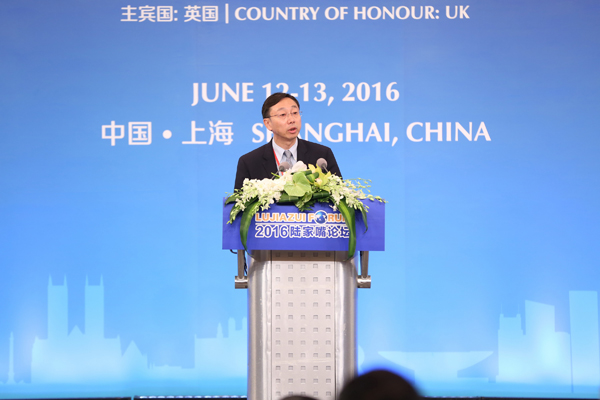 Zhang is currently deputy governor of the People's Bank of China. At the IMF, he succeeds Zhu Min, who stepped down on July 25. Zhu had been in the post since July 2011.

Lagarde said that she was "very pleased" to propose Zhang as the next deputy managing director.  In an earlier IMF release, she said that Zhang brought a strong combination of international economic expertise, public sector policymaking and diplomatic skills, had extensive experience with international financial institutions, excellent communication and negotiating skills and a superb knowledge of IMF policies and procedures.

The appointment of Zhang signals that China's influence in the arena of international financial governance is on the rise, analysts said.

"China has played a very important role in contributing to global economic growth and financial stability, and Zhang's appointment is in line with the rising clout," said Guo Tianyong, a researcher at the Central University of Finance and Economics.

"Chinese should be part of the leadership of such major international organizations as the World Bank and the IMF," Guo said.  Zhang previously worked at the World Bank (1995-97) and the Asian Development Bank (1997-2004) before joining China's central bank.

Lagarde also praised Zhu's past contributions. She said in a statement that Zhu "has performed a key role in the Fund's management team, providing immense support to me and our management colleagues".

Given China's influence and contribution, there should be fixed senior positions in such organizations as the IMF and the World Bank for Chinese experts, said Guo of Central University.

China has had a large talent pool that can provide competent candidates for those organizations, since increasing numbers of professionals with overseas work experience have opted to return to China, he said.