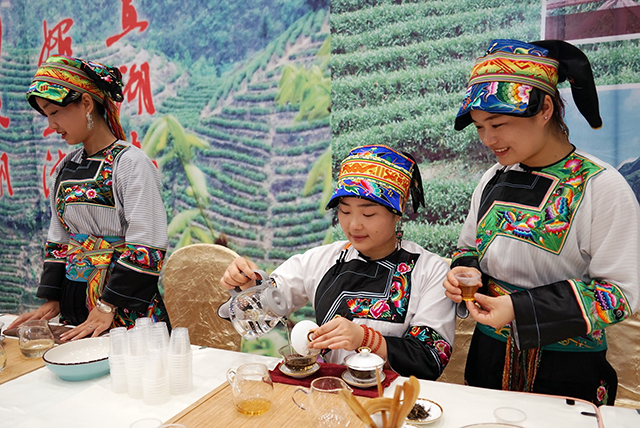 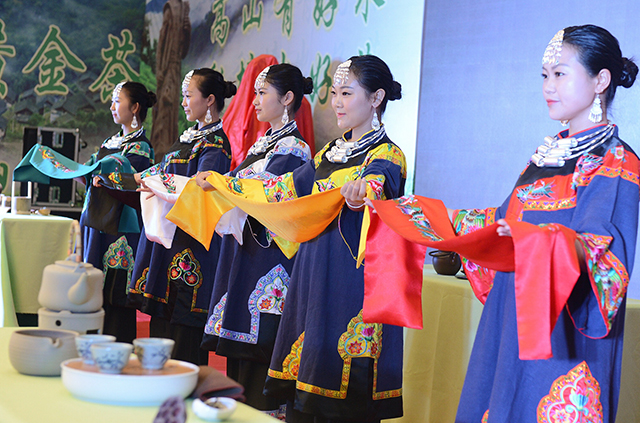 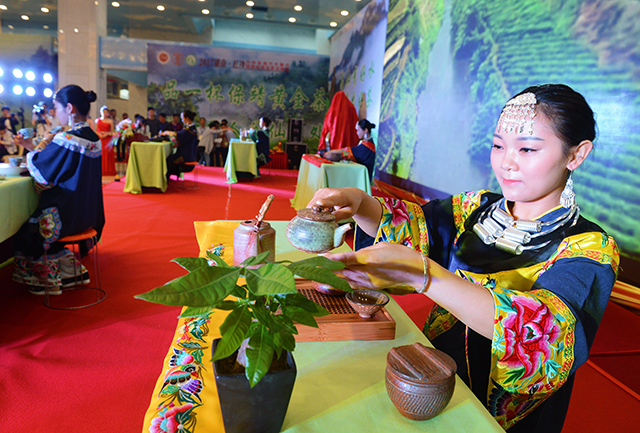 A Miao girl from Baojing County presents a tea art performance at the opening ceremony of the 2017 China Tea Ancestor Festival on April 20, 2017.

The opening ceremony of the 2017 China Tea Ancestor Festival and Baojing Huangjin (Gold) Tea Promotion Meeting was held in Changsha on April 20, 2017. Fourteen themed activities will be held in succession. It is hoped that the Hunan’s tea industry will achieve one hundred billion revenues.