Yongxing, a small county in Central China's Hunan province, has been gaining fame for its processing of recyclable waste materials generated by mining and metallurgy industries and city construction.

Its annual processing volume of waste generated by those fields reached 600,000 metric tons, becoming the largest base for waste recycling in China, according to Zhou Xiong, Party secretary of the county's economic development zone.

"In the other places, the solid wastes are worthless, and may also require extra expense to deal with. But here, those wastes are our treasures as they can be transformed into solid silver after being put into our high-heat containers," Zhou said.

In Yongxing county, piles of coal-color waste are excellent sources for more than 20 kinds of precious metals such as gold, silver, palladium, bismuth, antimony, platinum, rhodium, indium, nickel, selenium and tellurium, which can then be sold for profit.

Yongxing's people began their metal smelting industry more than 300 years ago. Since the Ming and Qing dynasties around the 1600s, the county's residents have mastered the technique.

During China's reform and opening-up, the metal smelting industry in Yongxing has been growing in scale. The number of enterprises in the county exceeded 4,000, where there were more than 30,000 employees.

However, they were soon trapped by sluggish sales of gold and silver, and environmental pollution.

To optimize the industry, the county consolidated 132 precious metal processing enterprises into 27 large-scale industrial groups. Through these efforts, it has now formed a group of large enterprises whose annual output value each exceeds 3 billion yuan ($435 million).

From that, it can generate 200,000 tons of precious metals such as gold, silver, palladium, bismuth, antimony, platinum, rhodium, indium, nickel, selenium and other nonferrous metals.

Its production volume for silver has been the highest in China for the past 15 years. Half of the bismuth and tellurium in the world is produced here.

In the past 10 years, more than 50 tons of gold, 18,000 tons of silver, 450 tons of indium, 25,000 tons of bismuth, 30 tons of platinum metals and 160 tons of other nonferrous metals have been refined in Yongxing, equivalent to the production of more than 200 million tons of high-grade ore, saving quite a few mineral resources for the country.

Relying on silver and precious metal resources, Yongxing encouraged enterprises to process the gold and silver metals and developed more than 500 silver-made products.

"Silver can only be sold at the price of silver if it is only refined. After deep processing, however, the price may rise several times," said Zhi Shaoyun, chairman at UN Silver, a decorative silver manufacturer in the county.

"But if combined with art and culture, the silver will become our cornucopia," Zhi added.

Some other enterprises performed research and introduced modern techniques to further develop the usage of silver. The silver is processed to make purified silver nitrate, antiseptic, silver-based contact, as well as fine powder, which has been supporting the industrial fields of new energy, electronic photographic materials and healthcare. 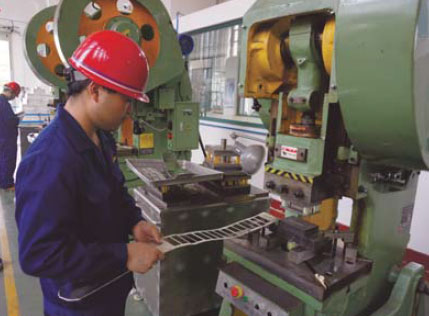 A worker prints silver with modern 3-D graphics at UN Silver in Chenzhou.