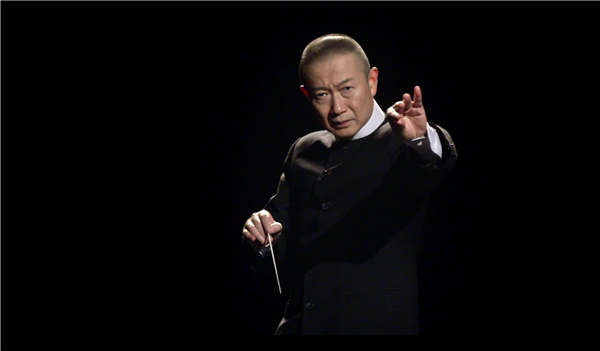 Tan Dun's upcoming concert in Beijing is a dialogue between the East and the West to inspire people's imaginations with classical music. Photos provided to China Daily

Chinese composer and conductor Tan Dun, who won the Oscar for the original score of the movie Crouching Tiger, Hidden Dragon, has always been ahead of the curve.

Tan, a native of Changsha, Hunan province, was trained at the Central Conservatory of Music in Beijing. Despite his classical training, Tan has created music with the sounds of water, wind and paper. He has also documented nyushu, an ancient language used mostly by women in Hunan.

Now, he is collaborating with folk musicians of the China National Traditional Orchestra to present his works－the Fire Ritual Violin Concerto and the Cello Concerto Crouching Tiger and Hidden Dragon－at the capital's National Center for the Performing Arts on Friday.

Tan says the idea was inspired by his trip to Dunhuang, Gansu province, three years ago, where he saw the famous cave paintings.

"Big orchestras, musicians and various instruments were displayed in those large paintings, which told me how diverse Chinese music was thousands of years ago," says Tan, adding that he wants to reinterpret ancient scores with the help of a modern orchestra to connect the old and the new.

Norwegian violinist Eldbjorg Hemsing, who will perform in the Fire Ritual Violin Concerto, says: "Tan Dun's vision is not to introduce China to the world but to introduce the world to China."

Using the classical violin with an orchestra of traditional Chinese instruments is not known to have been done here before, she says.

She calls the concert "a truly special event". 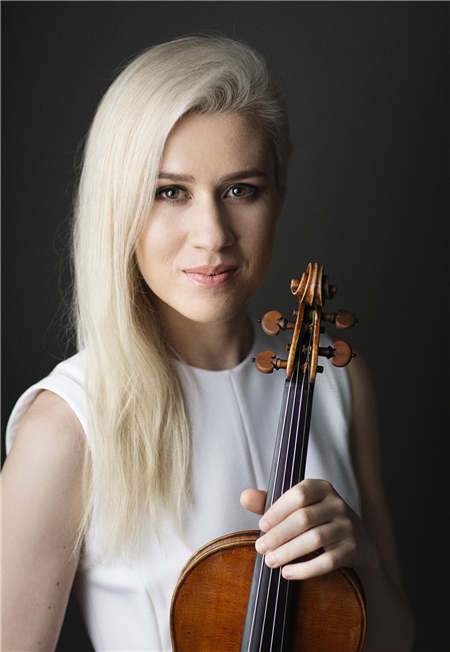 Eldbjorg Hemsing from Norway will play at Tan's concert.

In 2010, Hemsing met Tan for the first time at his studio in Shanghai, where she had gone to play in Tan's violin concerto inspired by Peking Opera, with the Trondheim Symphony Orchestra under his baton.

"I remember one very specific question he asked me: 'What is your feeling and perception about the piece?' He wanted to hear what my thoughts were and how I'd interpret it," Hemsing recalls.

The foundation of how they work together is still openness and curiosity, she adds.

Fire Ritual, which premiered in Beijing in 1997, was one of Tan's concertos for huqin, a two-stringed bowed instrument.

According to the composer, Hemsing will play the violin in a manner similar to how the Chinese instruments erhu (a bowed instrument) and guqin (Chinese zither) are played. The orchestra members will be arranged across the stage and the audience will be seated in a way that will resemble royal performances during the Tang Dynasty (618-907).

The Cello Concerto Crouching Tiger and Hidden Dragon is based on Tan's Oscar-winning score, which was performed by cellist Yo-Yo Ma, for the Ang Lee film.

Tan says he composed the Cello Concerto Crouching Tiger and Hidden Dragon for the violin and cello in the style of traditional Chinese folk music.

"It's almost like a conversation between the China National Traditional Orchestra and Western musical instruments," he says.

Tan says he hopes to inspire people's imaginations with classical music. He will also present his compositions Passacaglia: Secret of Wind and Birds and Internet Symphony Eroica at the NCPA on Friday.

Passacaglia premiered in 2015. It takes inspiration from the ancient and the modern, the East and the West, and from nature and man-made objects. Tan has incorporated the chirping of birds produced by phones.

"The symphony orchestra is expanding with the inclusion of new instruments. I thought the cellphone ... might be a wonderful new instrument that reflects our lives today," Tan says.

The Internet Symphony Eroica features videos of some 3,000 musicians from more than 70 countries. Tan did the rehearsal with musicians online across the world. The project was presented at Carnegie Hall in 2009.

"The internet is an invisible Silk Road, joining different cultures around the world," says Tan.