Tan Dun, the celebrated Chinese composer and conductor whose original score for the movie Crouching Tiger, Hidden Dragon won an Oscar, will showcase two of his signature works in London. 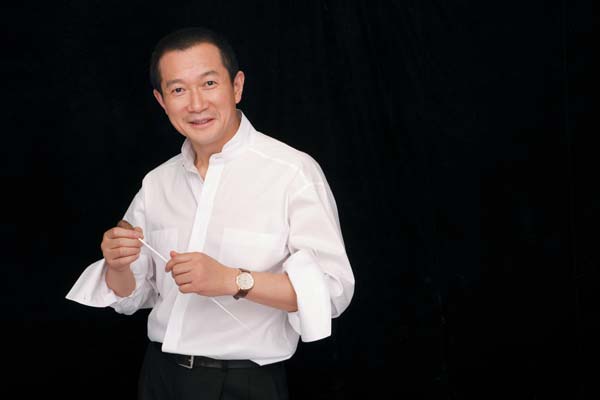 In collaboration with the United Kingdom's Royal Philharmonic Orchestra, Tan hopes the concert on Tuesday will help to bring ancient Chinese philosophical thoughts to a British audience.

"Seemingly complex Chinese philosophies such as Confucianism, Buddhism and Taoism are surprisingly close to the lives of the ordinary citizen across all cultures,'' said Tan. "Especially when you invite them to understand these philosophies from a more religious perspective."

As well as his Oscar-winning score, Tan, 59, composed music for the medal ceremonies at the 2008 Beijing Olympic Games and was behind the scores for other movies, including Hero (2002) and Fallen (1998).

Born in Changsha, Hunan province, Tan trained first at the Central Conservatory of Music in Beijing, and later at New York's Columbia University.

His music is recognized for its creativity, especially as he often incorporates audiovisual elements, such as making music with the sounds of water, wind and paper.

At London's Cadogan Ha l l, Tan will conduct the Crouching Tiger Concerto, and Intercourse of Fire and Water, a piece of music that explores harmony of opposites: Between that of yin and yang, nature and human being, and East and West. It was premiered in Helsinki in 1995.

"This piece is extremely challenging on a technical level," he said. "The need to seek a balance between yin and yang, the spiritual and earthly, and between East and West, is extremely complex. It was considered a futuristic piece at the time of composition, but I hope today's audience can appreciate it more on a deeper philosophical level."

Tan, who has already established a name within London's classical circles with his conducting at the famous BBC Proms, said he is thrilled to be working with the Royal Philharmonic Orchestra for the first time.

"They have added unprecedented subtlety" to the Intercourse of Fire and Water piece, he said."They have fully understood the elegance within China's Zen Buddhism, and presented it with precision and subtlety."