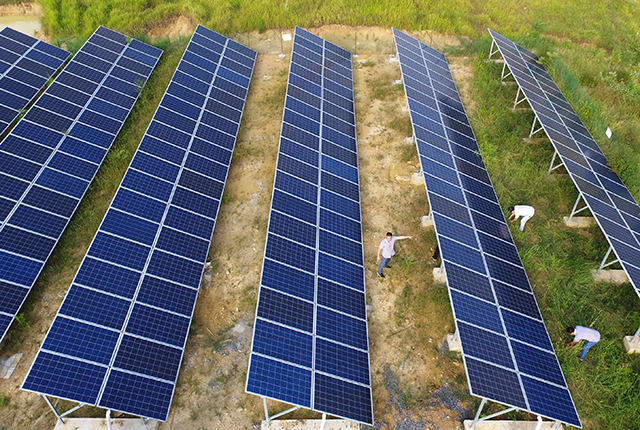 Daoxian has invested 9.82 million yuan in developing photovoltaic power generation in 52 poor villages. The electricity generation revenue would be merged into the village’s collective economy. By the end of this year, all the photovoltaic power stations will be put into operation. (Photo/He Hongfu, Chen Hongjiang)