To see beautiful Hunan through eyes of artists' 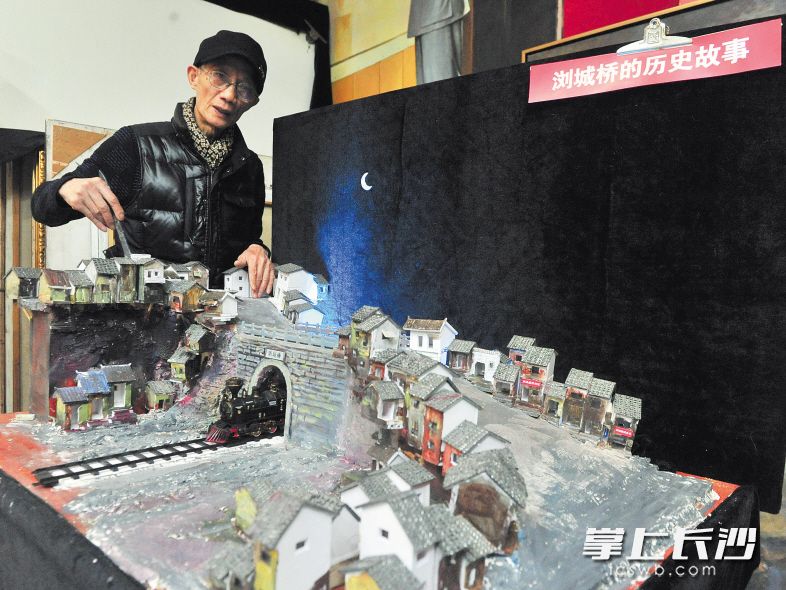 The model of Liucheng Bridge'old look is shown in Furong District Designed by Yang Keqi, a famous Changsha painter in Changsha city, capital city of Hunan province.Many people come to visit for learning the history of Changsha City. Yang , 73, who have lived in Changsha for decades, worked in Huapu Theater of Changsha City at the age of 12 and studied stage decoration, drama models and filming photos with masters such as Li Li and Shi Mu.

"The bridge was once the east gate of Changsha City." Faced with the young people who came to watch the model of Liucheng Bridge, Yanke said, "It is actually a railway flyover for Yuehan (Guangzhou-Wuchang) Railway, the later named as Bejing-Guangzhou Railroad. When I was a kid, the greatest joy was to watch the trains on the bridge with my pals."

"In particular, the train slowly ran under the bridge with puffing steam along with rhythmic clang and whistle; it was covered with smoke of burning coals. It was the unique view of Liucheng Bridge. At that time, both sides of the railway were shanty dwellings. During summer seasons, people used to move their tables and bamboo chairs from their house along the railway for enjoying their meal in the rumble of the train." 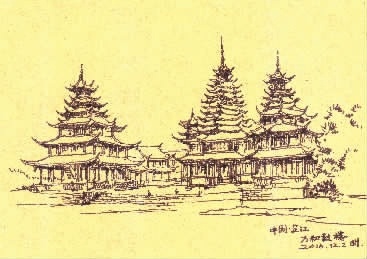 Ouyang Guohui, a professor with Changsha University of Science and Technology, was born in a small village in Ningxiang city, Hunan province. In the 1990s, he began hand drawing ancient villages across China, creating nearly 1, 000 works in two decades. 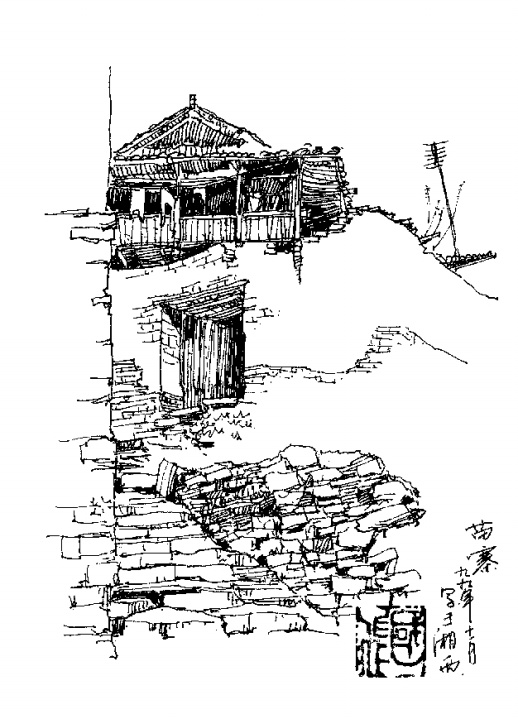 The sites depicted include a Miao village in western Hunan province, the old commercial town in Hongjiang district of Huaihua city and a fried bean curd workshop in Zhangguying village of Yueyang city. He said traditional Chinese culture is rooted in villages, so he has continued drawing to preserve their memory and help protect them.

Chen Peng, a sophomore Hunan University of Mass Media, vivid draws the landscape for the studio building of his campus by using a few ball-point pens. His work has got lots of thumb-ups online.

Chen Peng said that his original intention is to record his campus. The work is derived from the photo material of his friend's a micro-movie. "The photo shows a beautiful campus landscape that I have kept for a long time, and I always want to use my own way to express the image," he said. 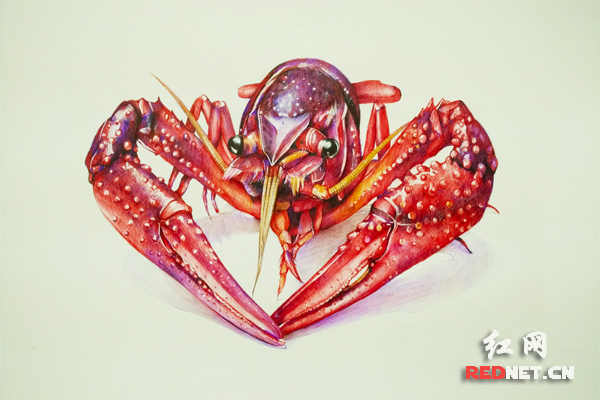 "Ballpoint pen is hard to control, so the lines should be drawn as short as possible; a simple stroke should be less than one centimeter.If an ordinary painting takes three hours, a ballpoint pen drawing shall take nine hours." To ensure the integrity of the piece, Chen Peng spent nearly half a month to complete the work.