Foreigners in Changsha City are talking about their experience of Chinese Tea.

Hunan is one of the main producing areas of dark tea in China. Dark tea has been famous since it was sold along with Ancient Tea Horse Road. After years of opening up, Anhua dark tea goes overseas, and more foreigners in Hunan like dark tea.

An experiencing activity was launched in a Changsha dark tea house, which was jointly organized by the PR (public relation) Department of Anhua County and the Rednet Yiyang Station. Foreign friends from the UK and Russia experienced the charm of Hunan's tea culture. 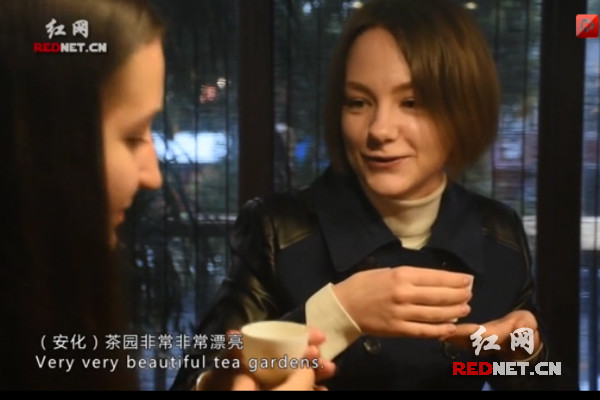 Elena, from Russia, said that Anhua County of Yiyang City is a particularly beautiful place where has many beautiful tea gardens. She said that the consumption of tea for Russians mostly depends on imports. "Hunan dark tea tastes excellent. I like it very much, and I heard that it is beneficial for digestion. I think that dark tea will have a great market in Russia," said Elena. 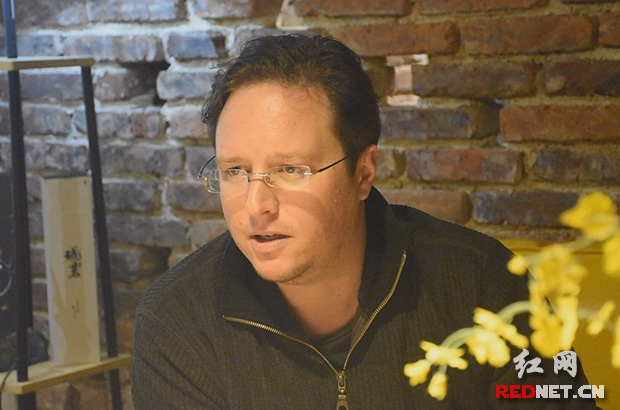 Damion from the U.K. sipped a cup of dark tea and said, “Drinking Chinese tea not only makes people feel comfortable but also feels warmer. Chinese traditional tea culture is a symbol; it represents knowledge, wisdom, elegance, and civilization.”

Damion said that Chinese tea contains mutual respect among Chinese people. The Chinese use tea to pay tribute. He said, " Tea is the symbol of elegant Chinese culture.  Dark tea is famous in China. It is my first time of tasting Anhua dark tea. I felt very comfortable and relaxed to have a cup of tea when I make friends. I enjoy it."