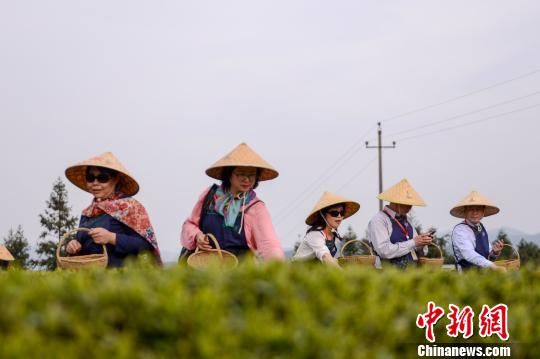 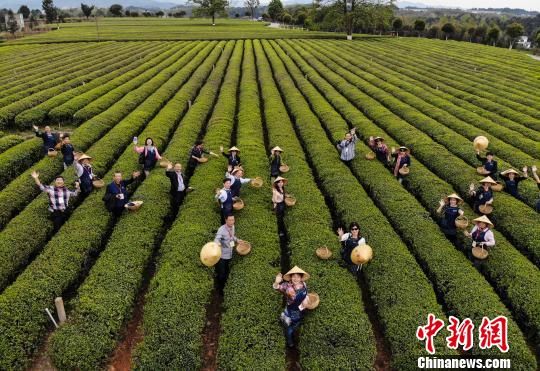 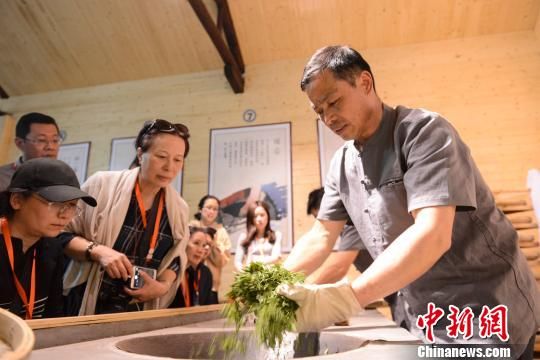 On March 28, the “Overseas Chinese Media Visiting Hometown of Tian Han” group members experienced picking spring tea at a renowned tea plantation garden, Jinjing Town, Changsha County. They also learned about the processing of how to make Jinjing Green Tea, an item of Hunan provincial intangible cultural heritage. The members are from 15 countries, who came to Hunan to make a special coverage on the hometown of Tian Han (1898-1968).

Tian Han (12 March 1898 – 10 December 1968), born in Changsha, Hunan, and formerly romanized as Tien Han, was a Chinese drama activist, playwright, a leader of revolutionary music and films, as well as a translator and poet. His most famous legacy may be the lyrics he wrote for "The March of the Volunteers" in 1934, which were later adopted as the national anthem of the People's Republic of China. (source from Wikipedia)