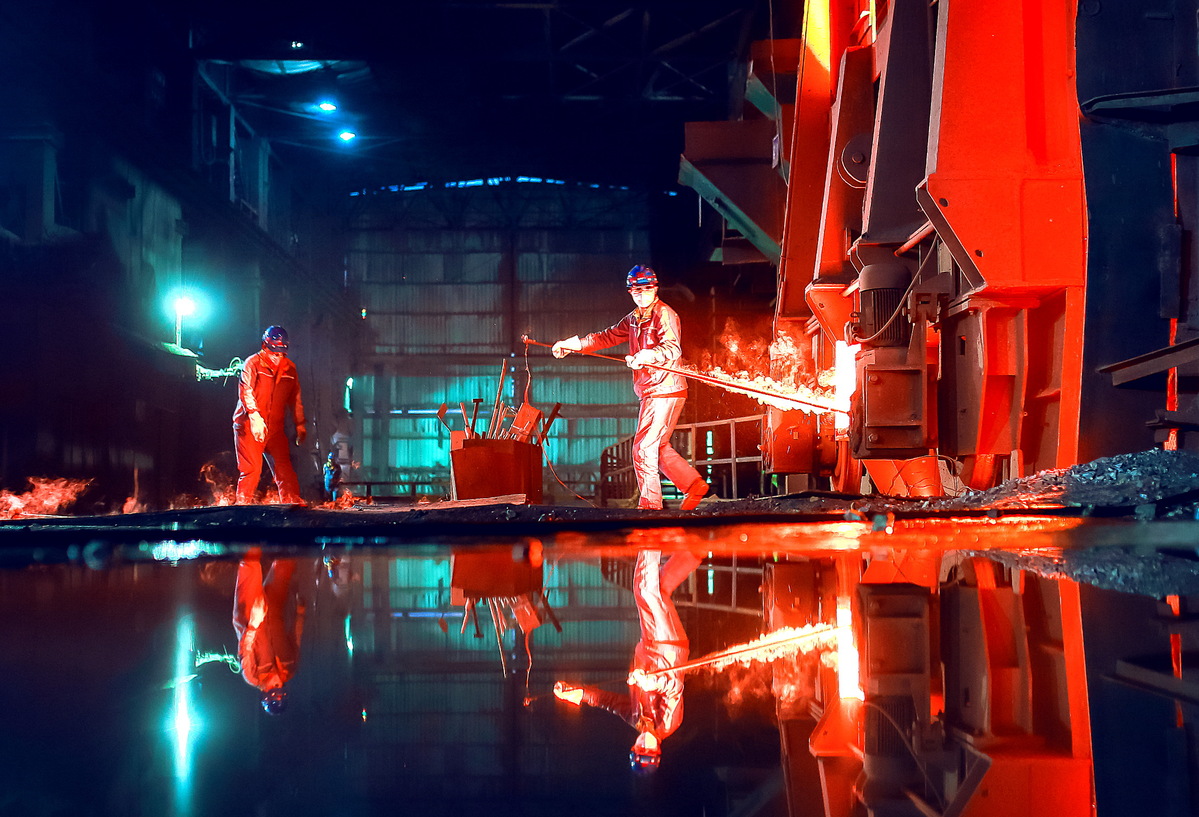 Profit growth among China's industrial firms cooled for a sixth straight month in October due to softening factory prices and a high comparative base effect, the National Bureau of Statistics said on Tuesday.

Analysts said the weakening trend may continue into next year amid overall economic growth easing.

Profits of China's major industrial firms rose 3.6 percent in October from a year earlier to 548 billion yuan ($78.92 billion), a seven-month low, down from 4.1 percent in September, according to the NBS.

Industrial profits grew 13.6 percent year-on-year in the January-October period, down from 14.7 percent for the January-September period, the NBS said.

"The slowing profit growth was mainly due to falling factory prices of industrial products and the high base the previous year," He Ping, a senior NBS official, said in a statement.

Ten-month profits in 34 of the 41 sectors surveyed rose compared with one year earlier, unchanged from that for January-September, according to the data.

Profits within the oil and natural gas exploitation sectors rose by 3.7 times in the January-October period, while automotive industry profits fell 5.4 percent year-on-year.

Profits of State-owned enterprises increased by 20.6 percent in the January-October period, 2.7 percentage points down from the first nine months.

Those of private enterprises increased by 9.3 percent in the same period, unchanged from the first nine months, marking an end to the trend of falling profits since July.

Some economists said the weakening profit growth could continue in the coming months.

"We expect the downtrend in industrial profit growth to continue in the months ahead given weakening domestic demand, already-high financing costs, rising credit defaults and the China-US trade conflict," said Nomura Securities in a research note.

Given the possibility of continued economic weakening, rising oil prices and an expectation of falling factory prices for industrial products, corporate profit growth may continue to be under pressure in the coming months, said Zhao Wei, an analyst at Changjiang Securities.