Qi Baishi from China, and Picasso from Spain, are two great painters of the era. They never met, but shared the same preferred subject – the dove, a symbol of peace.

Nature is another of their preferred themes.

2011 was, respectively, the 54th and 38th anniversary of the deaths of Qi Baishi and Picasso. That winter, they “met” each other at a “Dialogue between Qi Baishi and Picasso” painting exhibition in Xiangtan, Qi’s hometown. Two of Picasso’s and four of Qi’s works were displayed. 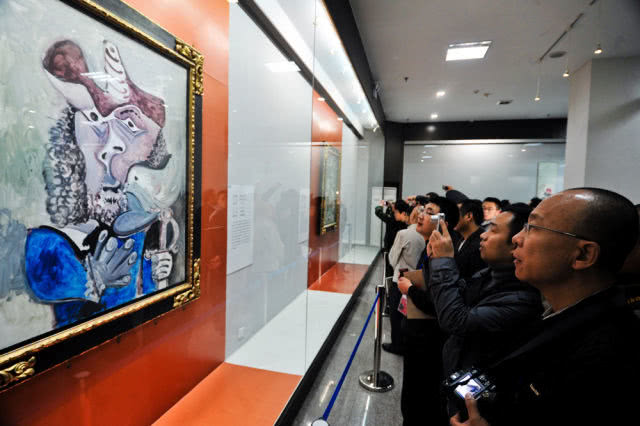 Since then, increasing exchanges have been conducted between the two painters’ hometowns.

The photo taken in March, 2018, shows the “Wind from Qi Baishi’s hometown” painting and calligraphy exhibition in Malaga. (Photo from Xiangtan Publicity Department)

Recently, the Qi Baishi International Culture and Art Festival was held in Xiangtan, attracting many Spanish artists. “All of Europe admires Qi Baishi”, said Vanesa Diez Barriuso, director of Museum Jorge Rando. The Chinese Ambassador to Spain, Lv Fan, said that, “Both China and Spain have profound cultures. The cultural exchange and cooperation between the two countries has enormous potential and bright prospects. China and Spain own the second and third largest number of world heritages, and both boast multiculture and a large number of cultural figures during their long history. Today, China’s “Belt and Road” Initiative provides more opportunities for China-Spain cultural exchanges”.

This article is from Hunan Provincial Government. www.enghunan.gov.cn.