Reform and opening up ushers in new chapter 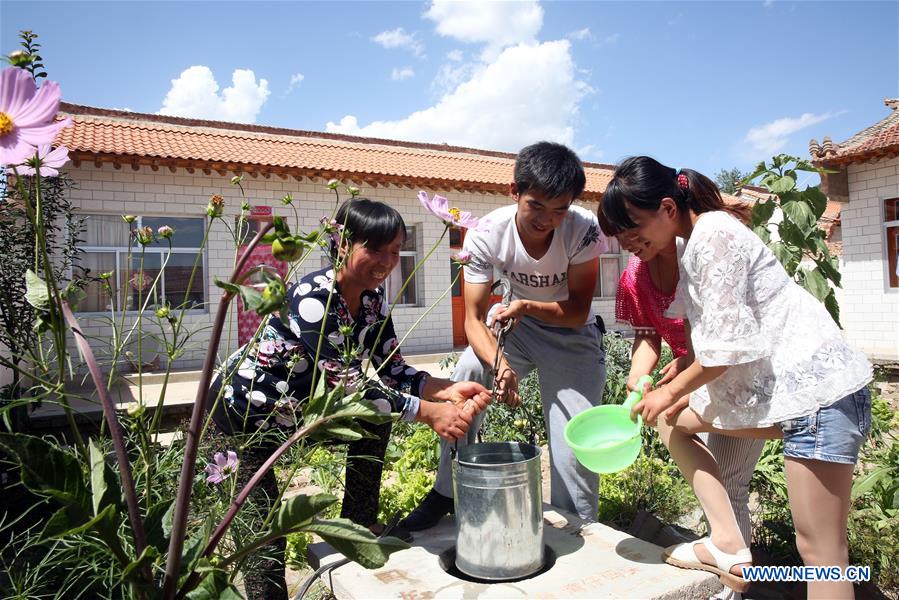 BEIJING, Dec. 12 (Xinhua) -- China's reform and opening up has helped liberate and develop social productive forces, opened up a path of socialism with Chinese characteristics, and ushered in a new chapter in the development of human rights, according to a white paper issued Wednesday.

The white paper, titled "Progress in Human Rights over the 40 Years of Reform and Opening Up in China," was issued by China's State Council Information Office.

China has shown respect for, protected and promoted human rights in the course of reform and opening up, blazed a trail of human rights development that conforms to the national conditions, and created new experiences and made progress in safeguarding human rights, the document said.

China has summed up its historical experience, drawn on the achievements of human civilization, combined the universal principles of human rights with the realities of the country, and generated a series of innovative ideas on human rights, it said.

The country has brought into being basic rights that center on the people and prioritize their rights to subsistence and development, said the white paper.

China has firmly established a governance principle of respecting and protecting human rights, which is "the determination and ultimate goal of the Communist Party of China (CPC) and the Chinese government to respect and protect human rights," the white paper said.

The rights to subsistence and development have been China's primary focus, it said, adding that the country has made tremendous achievements in poverty alleviation, ensured the supply of food, safer drinking water and clothing, improved basic housing conditions and public transportation, and made health services more accessible.

As its reform and opening up continuously deepened, China has made comprehensive progress in ensuring all human rights, ensuring economic, social and cultural rights, and enhancing the mechanisms guaranteeing civil and political rights, the white paper said.

The rights of special groups, including ethnic minority groups, women, children, the elderly and the disabled, have also been fully protected via improved mechanisms and measures, the white paper noted.

With the goal of building a socialist country under the rule of law, China has made solid efforts for the legal protection of human rights over the 40 years of reform and opening up, said the document.

It said the country had endeavored to ensure "that a well-conceived approach is taken to legislation, that law is strictly enforced, that justice is impartially administered, and that the law is observed by everyone."

PROMOTING HUMAN RIGHTS IN THE WORLD

China has also been active in facilitating the development of human rights in the world over the past four decades, according to the white paper.

The country has redoubled its efforts to share its experience, create more development opportunities globally, and increase foreign assistance to many Asian and African developing countries, the document said.

China has advanced the Belt and Road Initiative, initiated an integrated development model, and increased assistance training, it said.

China has been committed to safeguarding world peace, dispatching military and police personnel to participate in 30 United Nations peacekeeping missions in other countries.

Regarding global governance of human rights, China has been responsible for fulfilling its international obligations, conducting extensive international cooperation, and participating in establishing related international rules and mechanisms, the document said.

The country has provided Chinese solutions to global human rights governance, making proposals at the UN General Assembly and the UN Human Rights Council and on other occasions to promote the establishment of a fair, just, reasonable and effective international human rights system, it said.

Over the past four decades of reform and opening up, China has created a new path of human rights protection based on China's history and national conditions, and the successful experiences of other countries, the white paper said.

"Human rights protection centers on the people," said the white paper, noting that the people-centered development toward a better life was the original aspiration and remains the distinct goal of China's reform and opening up.

China has integrated the principle of universality of human rights with its national conditions, it said.

"This path is the result of the Chinese people's experimentation in practice and theoretical innovation led by the CPC, and embodies the essence of socialism with Chinese characteristics," said the document. 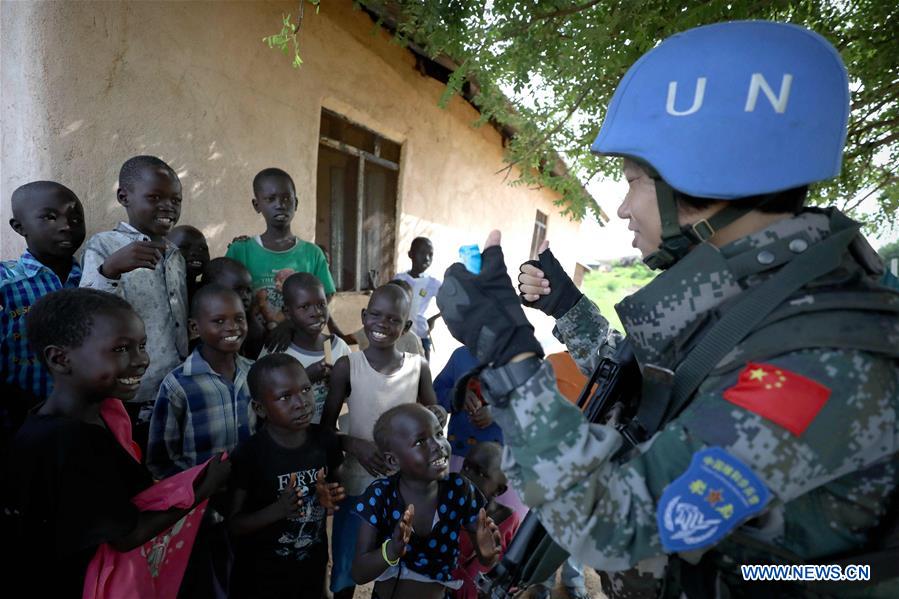 A nurse guides a pregnant woman who made a reservation for regular check on cell phone at Fujian Provincial Maternity and Children's Hospital in Fuzhou, capital of southeast China's Fujian Province, June 12, 2018. (Xinhua/Song Weiwei) 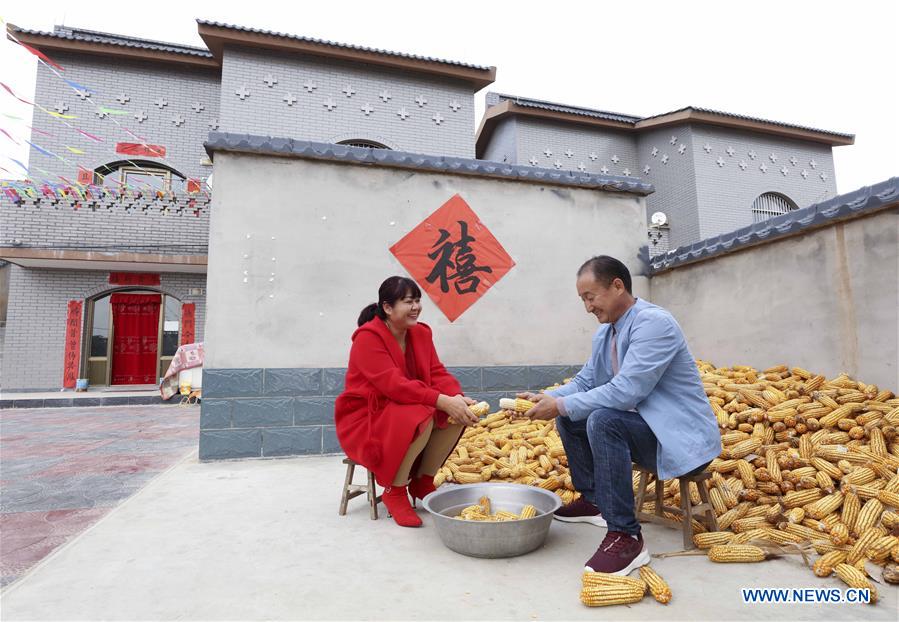 A newly-wed couple handle corns at their new home in Xia'an Village of Quyang County, north China's Hebei Province, Oct. 20, 2018. Due to harsh environmental conditions, Xia'an has long been a less developed village. A relocation program had been carried out to build houses in better-off places for poverty alleviation purposes. (Xinhua/Qin Qing) 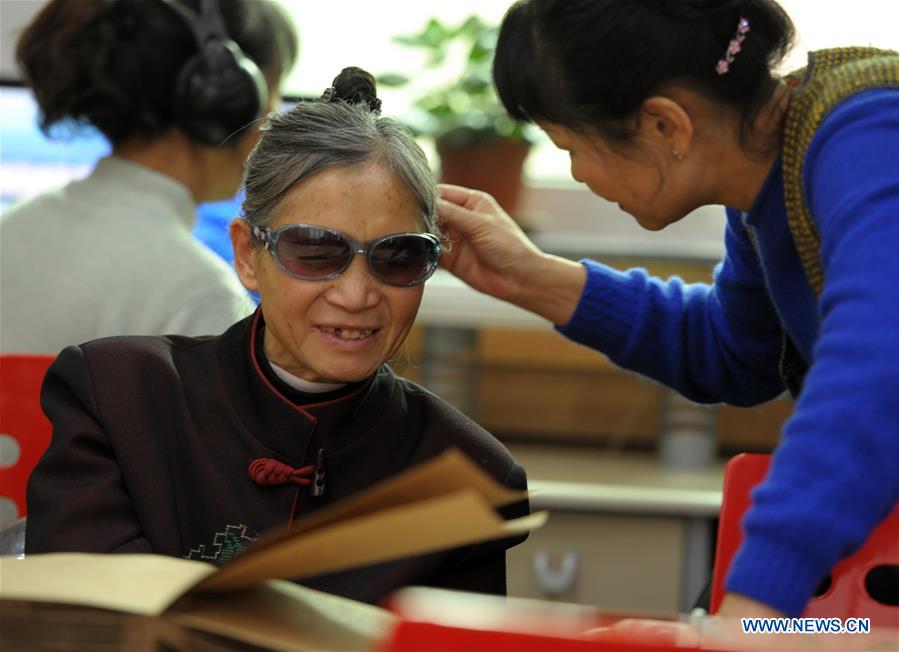 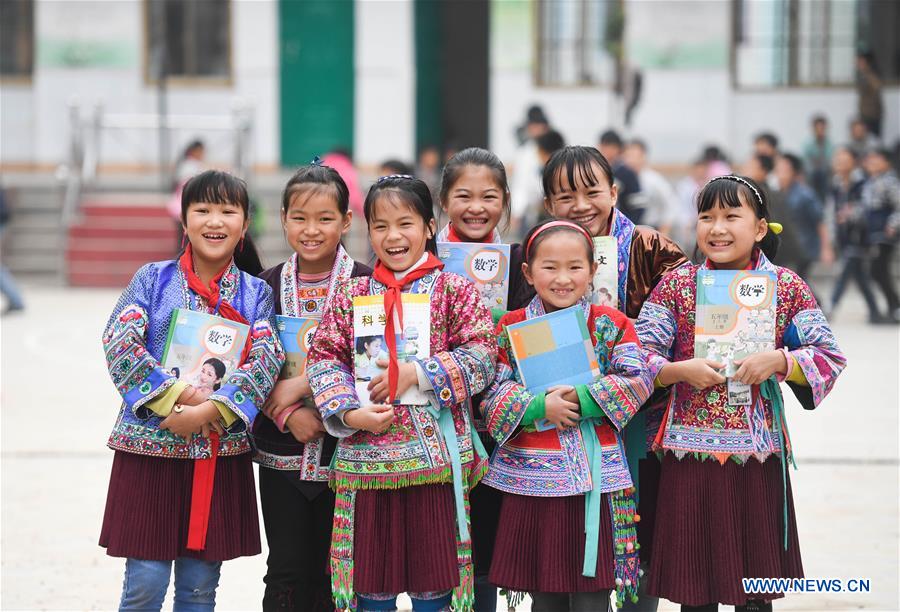 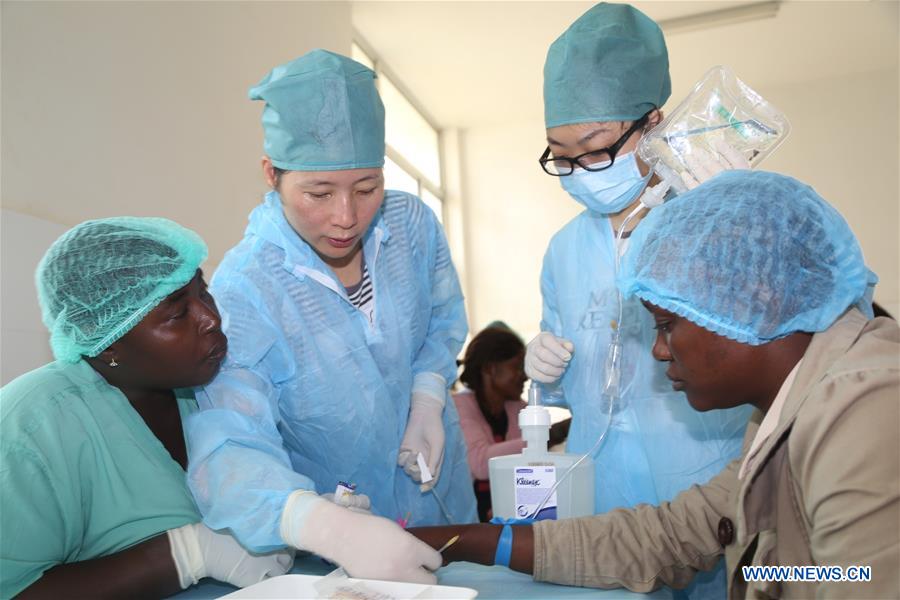 Photo taken on Dec. 10, 2014 shows that medical members receive training from a medical team of China's People's Liberation Army (PLA), to fight against Ebola disease at a hospital in Freetown, capital of Sierra Leone. (Xinhua/Dai Xin)