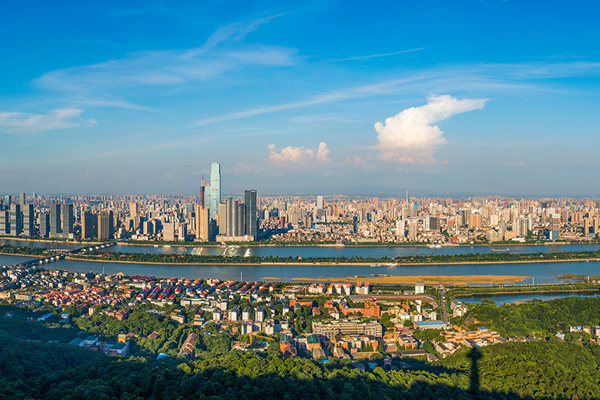 Changsha in Central China's Hunan province is recognized worldwide for its efforts in cultural creativity, innovation and the media arts. [Photo provided to China Daily]

Private enterprises played a bigger role in the province's foreign trade, accounting for 68.1 percent of the total foreign trade volume, up 1.1 percentage points compared with 2017.

The growth can be attributed to an improved trade structure and foreign trade environment in the province and cooperation with countries along the Belt and Road Initiative routes, said Luo Shuangfeng, deputy director of the department.

The commerce department said a total of 4,630 enterprises in Hunan were engaged in foreign trade in 2018, a year-on-year growth of 16.8 percent. The import from and export to emerging markets along Belt and Road Initiative routes increased 39 percent.

Mechanical and electrical as well as high-tech products were major exports and imports, taking up 48.8 percent of the province's total foreign trade volume.

Luo said Hunan had more competitive products in recent years after the industrial restructuring. Meanwhile, a batch of high-tech enterprises that chose to set up branches in Hunan have also brought new impetus to the inland province's foreign trade growth.