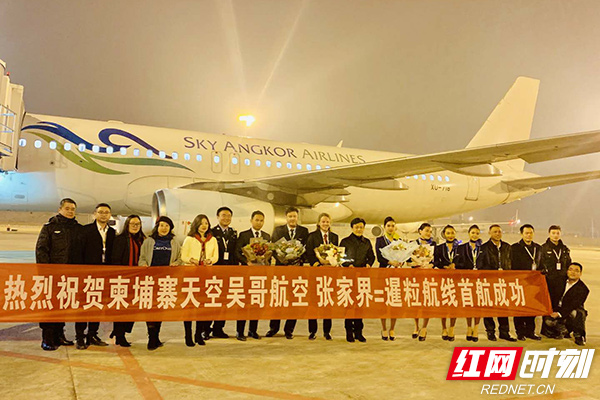 A direct chartered flight from Zhangjiajie to Siem Reap of Cambodia was launched on January 20, 2019. This is Zhangjiajie Hehua International Airport’s first international route.

Siem Reap is the capital city of Siem Reap Province in northwestern Cambodia. It is 311 km northward from Cambodian capital Phnom Pen, and 152 km away from Thailand boundary. The population is about 85,000. It is a popular resort town and a gateway to the Angkor region, one of the largest religious monuments in the world, and one of the "Seven Wonders of the World".

The flight will strengthen cultural, tourist, and economic exchanges between Zhangjiajie and Cambodia, and will push Zhangjiajie’s progress in building an international tourism city.