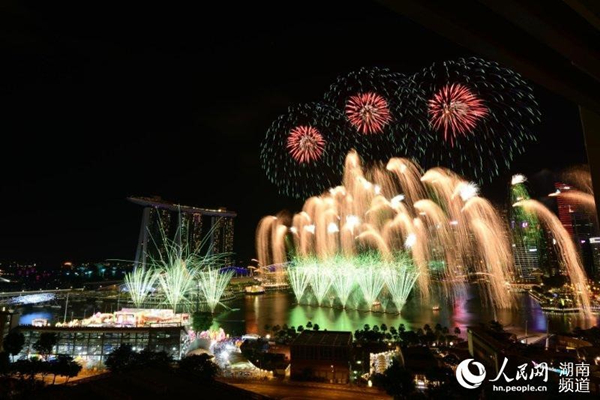 It was the largest fireworks show since the celebration started in 1986, which marked the 200th anniversary of the founding of modern Singapore as a free port.

The fireworks show feast brought by Hunan's Liuyang fireworks manufacturer amazed spectators a lot. It was covered on the front page of Singapore's Lianhe Zaobao on February 11.