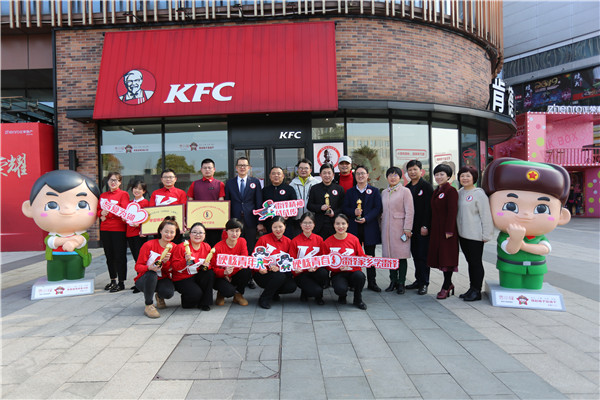 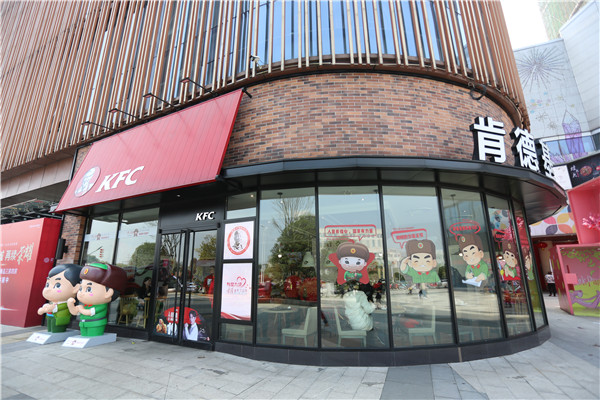 Kentucky Fried Chicken has launched a new themed branch in honor of Lei Feng, a legendary soldier celebrated in China for his selflessness and modesty, in his hometown Changsha, Hunan province.

The restaurant opened on Sunday, two days before the official remembrance day marked across the country every year on March 5 when people celebrate his spirits by showing goodwill and giving helping hand to others.

The restaurant will organize series of activities and also cooperate with the local Lei Feng Memorial Hall to further promote Lei Feng's spirits.

At the entrance to the restaurant stands two big Lei-like statues and the interior is decorated with Lei's cartoon portraits and quotes from his diary, with his poems playing in the background. 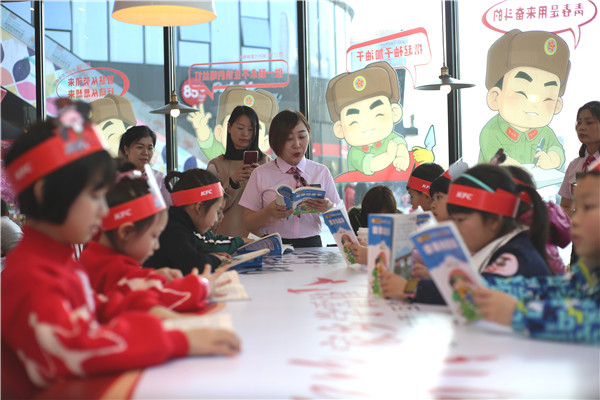 He Min, general manager of KFC in Hunan province, told voc.com.cn that in addition to the themed restaurant, they will also launch a project dedicated to Lei's virtues in 250 outlets across the province, including providing free drinking water and resting places for janitors.

"Lei Feng is the role model for generations of us to learn from. As the KFC in his hometown, we will strongly advocate his spirits and become successor of those spirits in the new era," he said, adding that they will also carry out storytelling events for children to help pass on the virtues from generation to generation.

KFC has also opened another themed restaurant in Chengdu, Sichuan province, on Tuesday in collaboration with the local Du Fu Thatched Cottage, a museum in honor of the well-known poet Du Fu in Tang dynasty.

The inner walls and desk surfaces are depicted with Du's poems, calligraphy works, ink paintings as well as scenes of life in Tang dynasty.