Love up your spice life 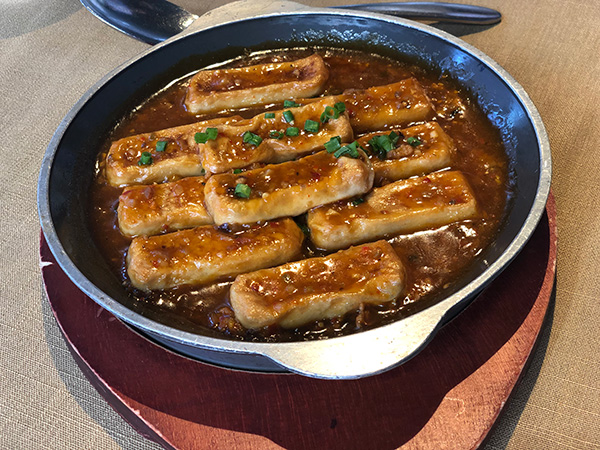 Hairy tofu with special sauce is one of the highlights of Xiang'ai's modern twist on Hunan cuisine.[Photo provided to China Daily]

Stinky mandarin fish is a traditional dish from Anhui province that combines a pungent aroma with a delicious taste, which the cooks from Xiang'ai have updated with the flavors of Hunan.

Specializing in modern Hunan cuisine, the Beijing-based restaurant's version of the pan-fried dish involves marinating the fresh fish in preserved bean curd for two days to give it an extra kick.

According to executive chef Shi Jianjun, a native of Hunan province's Changde, the aromas created by the two cooking methods are slightly different, since in Anhui cuisine the smell comes from the fish, while in Hunan cooking, the smell derives largely from the fermented bean curd.

"We also use a different sauce to cook the fish, and our version uses smaller fish," says Shi.

Located in the Sanlitun area of the capital, Xiang'ai focuses on the authentic flavors of the Xiangxi (western Hunan), Xiangjiang (Xiangjiang River) and Dongting (Dongting Lake) regions of Hunan cuisine which are traditionally spicy but plated in a contemporary style.

Xiang'ai, which has the same pronunciation of "falling in love" in Chinese, is decorated in a modern style that makes it an ideal place to celebrate a birthday, anniversary - or even a proposal.

Steamed Thousand Island Lake fish head topped with two peppers is one of the restaurant's signature dishes. It's based on a traditional Hunan favorite but offered with the choice of salty-chili or pickled-pepper sauces. 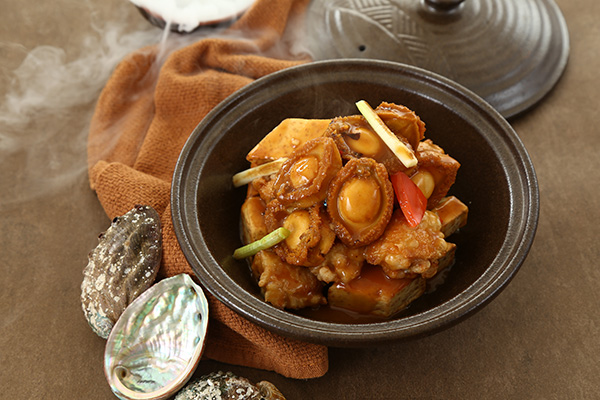 Stewed abalone with taro is one of the highlights of Xiang'ai's modern twist on Hunan cuisine.[Photo provided to China Daily]

The fresh fish is flown in daily from Qiandao Lake (Thousand Island Lake) in Zhejiang province. Each weighs around 5 kilograms.

"A fish head weighs around 3 kilograms, and because the water in the lake is so clear and sweet, the fish meat is fresh and tender - especially the meat in the fish head," says Shi. "The meat from the fish head is the most delicious part of a fish, as it's both tasty and nutritious."

"The peppers are marinated in jars for two weeks before being shipped to Beijing, and we add fresh peppers when we fry them together to make the sauce," Shi says. "The salty-chili sauce is actually much spicier than the pickled pepper, which has more of a sour flavor."

The fish head is steamed with salt, tea-seed oil, beer, and lemon juice before it's cooked in the sauce for around 15 minutes and served in the same pot.

"Experienced Hunan chefs know precisely how long each fish head should be steamed for, which is a skill that takes years to master," Shi says.

After eating the fish head, the best way to finish the dish is to add a bowl of noodles to the fish soup, according to Shi.

Fried preserved pork is another must-try dish that's made in the traditional Hunan cooking style with preserved meat made in the province.

"We heat the preserved meat over a fire to make the skin soft and then steep whole chunks of meat in warm water overnight, before steaming the meat to prepare it for frying," says Shi.

A sweet way to offset the heat of the food and round off dinner is to opt for the durian ice cream, which features two kinds of cream mixed with durian and frozen to - 23 C. This helps to reduce the spicy flavors and clean the palate.