People lifted out of poverty in once-destitute village 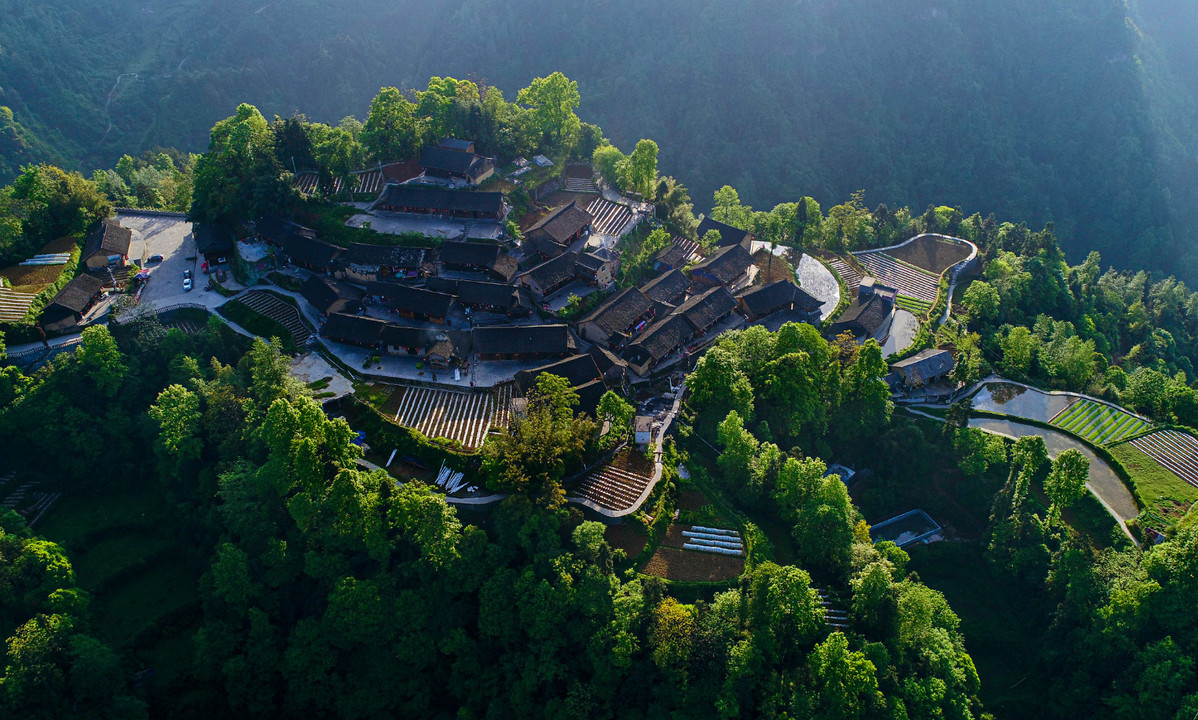 Shibadong village in Hunan province has a new look that shows some of the achievements of poverty alleviation policies. [Photo provided to CHINADAILY]

Shibadong village, a once destitute backwater in central Hunan province, is setting a good example in poverty alleviation.

The village, located in Huayuan county, Xiangxi Tu autonomous prefecture, has 225 households and 939 residents, most of whom had been afflicted by poverty for years.

Things started to turn around after President Xi Jinping visited the village in November 2013 and called on governments at all levels to lift the impoverished villagers out of dire straits through "targeted" measures.

In early 2014, a work team stationed in Shibadong broke poverty-alleviation policies down into specific actions, and 136 households with 542 people were identified as impoverished.

The village, which is endowed with rich natural and cultural resources, has been built into a multiple-industry base covering tourism, kiwi planting and Miao embroidery. The kiwi even tapped into markets in the Hong Kong and Macao special administrative regions.

Long Jinbiao, 27, a villager who once worked in Taizhou, Zhejiang province, has been impressed with the tremendous changes over the past few years.

"I came back to the village every two years to visit my parents during the Spring Festival holiday. But I chose to stay in 2017 because of the promising future here," he said.

Long is now chairman of the village's tourism cooperative, which was established in September.

"Before 2013, about two-thirds of the villagers were out of work. That has decreased to one-third now."

Longbizui village, about 60 miles from Shibadong, is the traditional home of 3,195 people, with 90 percent of its dwellers being of ethnic minorities such as Miao, and 568 trapped in poverty.

The village used Shibadong as an example and took anti-poverty measures focused on rural tourism development based on its natural resources.

So far, 124 households with 513 people have been lifted out of poverty.

Shi Chengyuan, a 64-year-old from Longbizui who has heart disease, was in a financial predicament after his two sons died of illnesses years ago.

"Thanks to the village's booming tourism, my wife also got a job selling tea, earning 1,500 yuan every month," he said.

Zhong Haowang, assistant to the village director, said that about 520 jobs were created for villagers last year, of which 148 positions were given to people who were impoverished.

He said the village received more than 1 million visitors in 2018, generating revenue of 150 million yuan for the village and strongly driving the poverty reduction work.