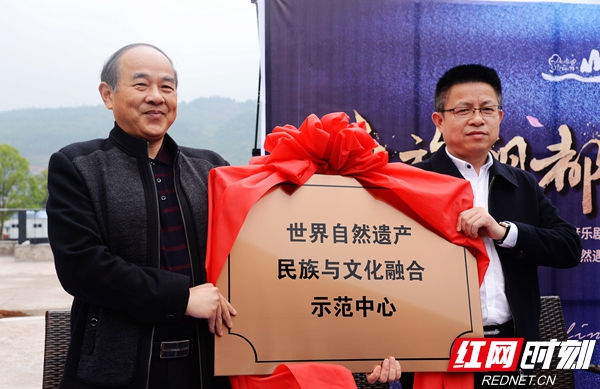 The Taohua Valley is located at the entrance of Wulingyuan Scenic Spot in Zhangjiajie, the world natural heritage site. The geographical advantage of tourism is extremely obvious. The project of Taohua Valley has a total investment of 1 billion yuan, covers an area of more than 300 mu, and has a construction area of about 150,000 square meters. It is a tourism commercial center integrating food, accommodation, tourism, music, and shopping in Zhangjiajie.