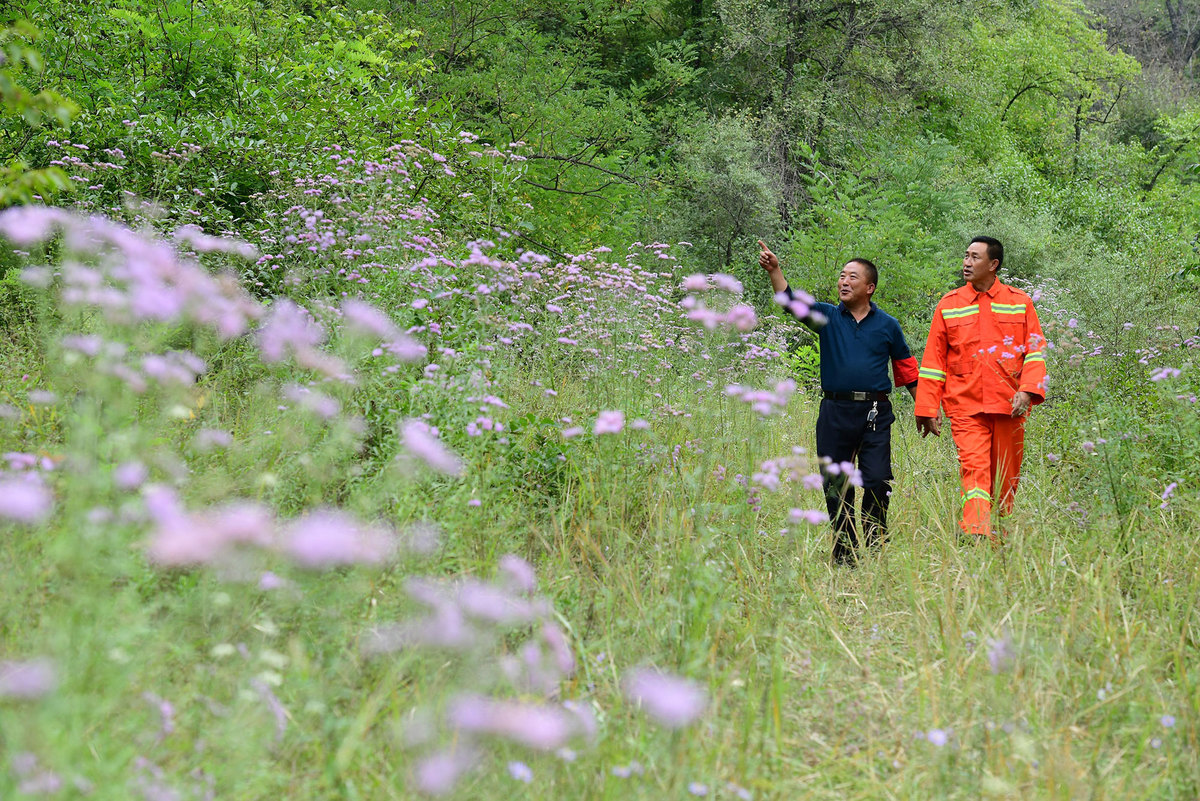 For more than a month, Tong Fangping has spent half of his work at a tree seedling base of the Hunan Academy of Forestry.

As spring comes, the base is sending a large number of tree seedlings to two once-barren old mining regions in the central Chinese province of Hunan.

Rich in mineral resources, Hunan has a total mining area of 400,000 hectares. Dozens and even hundreds of years of mining activities have damaged the environment.

"We must first select trees that are adaptable to the environment," Tong said.

"Some tree species could hardly survive in the mining regions because of heavy soil pollution."

Some tree species, however, could help absorb heavy metals in the soil and are therefore suitable for local afforestation programs, Tong said, adding that local authorities have selected more than 10 tree species.

Planting trees in the mining areas, however, is much more difficult than elsewhere as the ground in these areas is covered in slag.

In order to improve survival rates, workers often need to dig trenches and plant trees with new soil brought from elsewhere and sometimes with the help of nutrient solutions.

In an afforestation campaign launched in 2011, the city of Lengshuijiang in Hunan managed to plant trees on one-third of its tin mining area of 6,600 hectares.

The efforts have helped reduce the concentration of heavy metals in the soil by 20 percent in the past eight years, according to government monitoring.

The region now has 26 million hectares of forests, with the forest coverage rate at 22.1 percent, up 1.07 percentage points from 2014.

"The annual precipitation here is about 100 mm, leaving many plants unable to grow," said Liu Hongyi, head of the forestry work station of the Alxa Left Banner, Alxa League.

In the long-term struggle against wind and sand, local forestry workers have found a more effective solution: planting mainly shrubs and also some trees and grass, said Liu.

The scale of afforestation has been increasing over the past years as the government stepped up spending on ecological protection, he said.

Other parts of Inner Mongolia have also been seeking a sustainable path for ecological protection and restoration to make the northern China region greener, said Yu Guangjun, head of the economic research institute with the regional academy of social sciences.

Mu Yuan, director of the regional forestry and grassland bureau, said the region will mobilize all walks of life to plant 860,000 hectares of trees in 2019.

The city of Yan'an on the Loess Plateau, where 258 million metric tons of mud and sand were once washed into the Yellow River each year, has also seen its landscape improve greatly.

Data showed that the city reported fewer sand and dust days in recent years, and the annual amount of mud and sand washed into the Yellow River has been slashed by 88 percent to 31 million tons.

A study using data from NASA satellites confirmed China's efforts on afforestation. Data shows that China and India are leading the increase in land greening and concludes that the "effect comes mostly from ambitious tree-planting programs in China and intensive agriculture in both countries".

Under a long-term afforestation plan, China expects to increase its forest coverage rate to 23 percent by 2020 and to 26 percent by 2035, as part of the plan to build a Beautiful China.