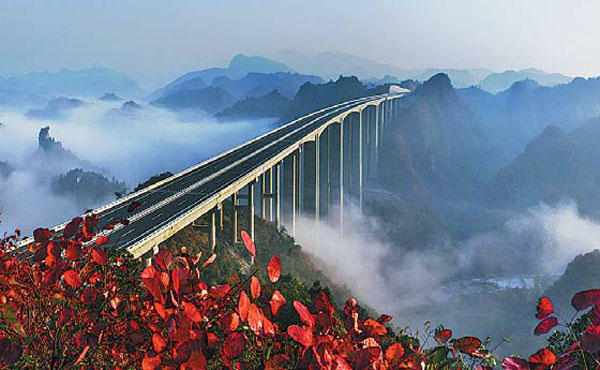 BEIJING -- Chinese authorities are looking to renew regional development plans for the country's less developed western and northeastern regions to bolster broader growth, according to a report by the China Securities Journal.

New guidelines on advancing western development in the new era are set to be released soon, which will focus more on environmental protection and implementation of the Belt and Road Initiative, said the paper.

Supply-side structural reforms will be deepened, and technology innovation will be encouraged in the west to foster high-quality growth.

After China put forward the West Development Strategy in 1999, the country's western regions have achieved remarkable progress in the past decades.

Since 2012, the western regions have sustained an average annual GDP growth rate of 8.9 percent, 1.8 percentage points higher than the national growth rate, suggesting an ever-shrinking development gap between the country's east and west.

The upgraded strategy is likely to unleash another round of fast growth for the west, and industries including construction and machinery will benefit the most as infrastructure construction will remain a focus, the paper cited Xu Liying, an analyst with Lang Steel Information Research Center.

The paper also reported that plans on reviving the country's northeastern regions had been drafted for further deliberations.

In recent years, the northeast, an old industrial base, has faced more difficulties than the rest of the country as the region relies largely on heavy and chemical industries, energy resources, raw materials and a large number of state-owned enterprises.

The government has already released a set of measures aimed at revitalizing the northeast, but more efforts are needed to optimize industrial structure and improve the business environment to narrow the development gap with the rest of the country, said the paper.

The upcoming regional plans came as the government seeks to tap development potential in less-developed regions to support growth while reducing regional disparities.

Official data showed the Chinese economy expanded 6.4 percent year on year in the first quarter, remaining flat with the GDP expansion in the previous quarter.