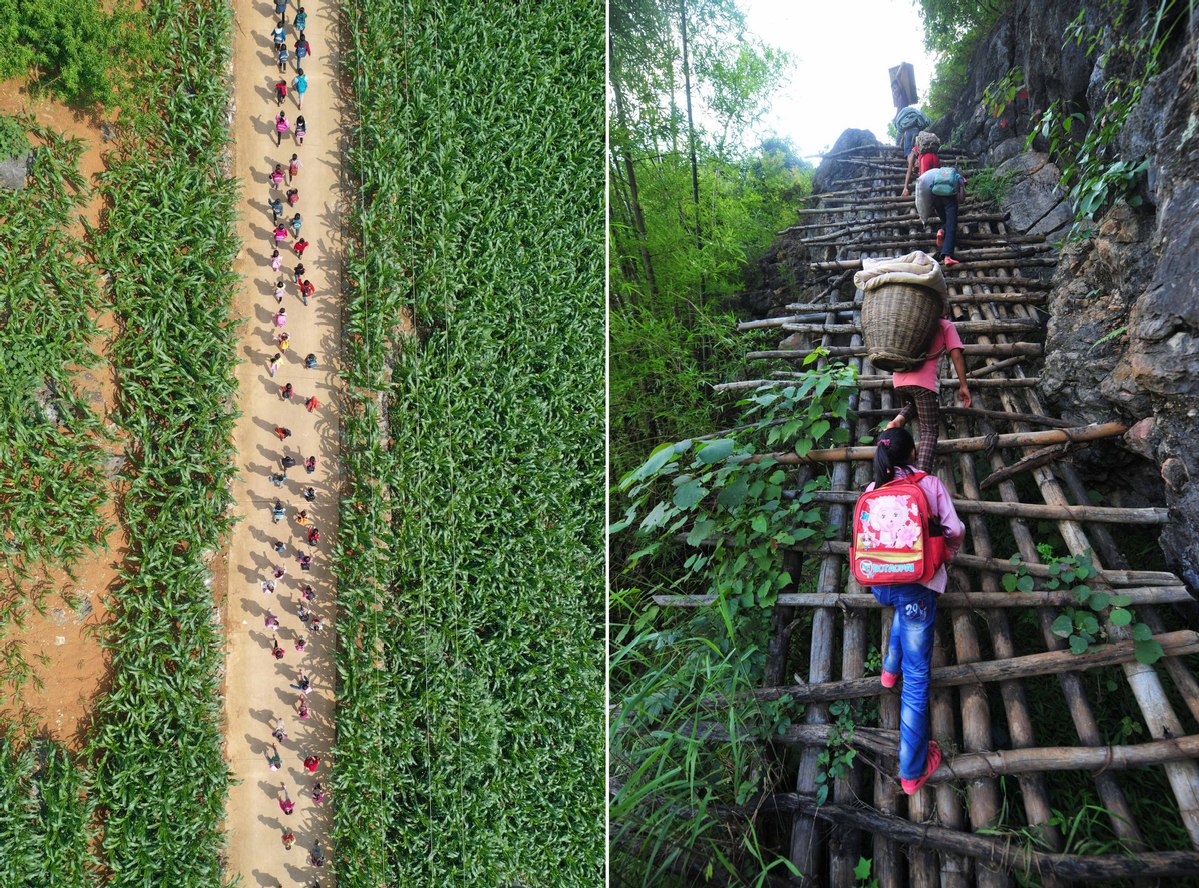 Students walk on a newly built road to school in a village at the Guangxi Zhuang autonomous region, on May 10, 2019. Right: Students climb wooden ladders to school in the same village on July 4, 2012. [Photo/Xinhua]

The 400 million yuan award is for further poverty alleviation work in these regions, Xia added. 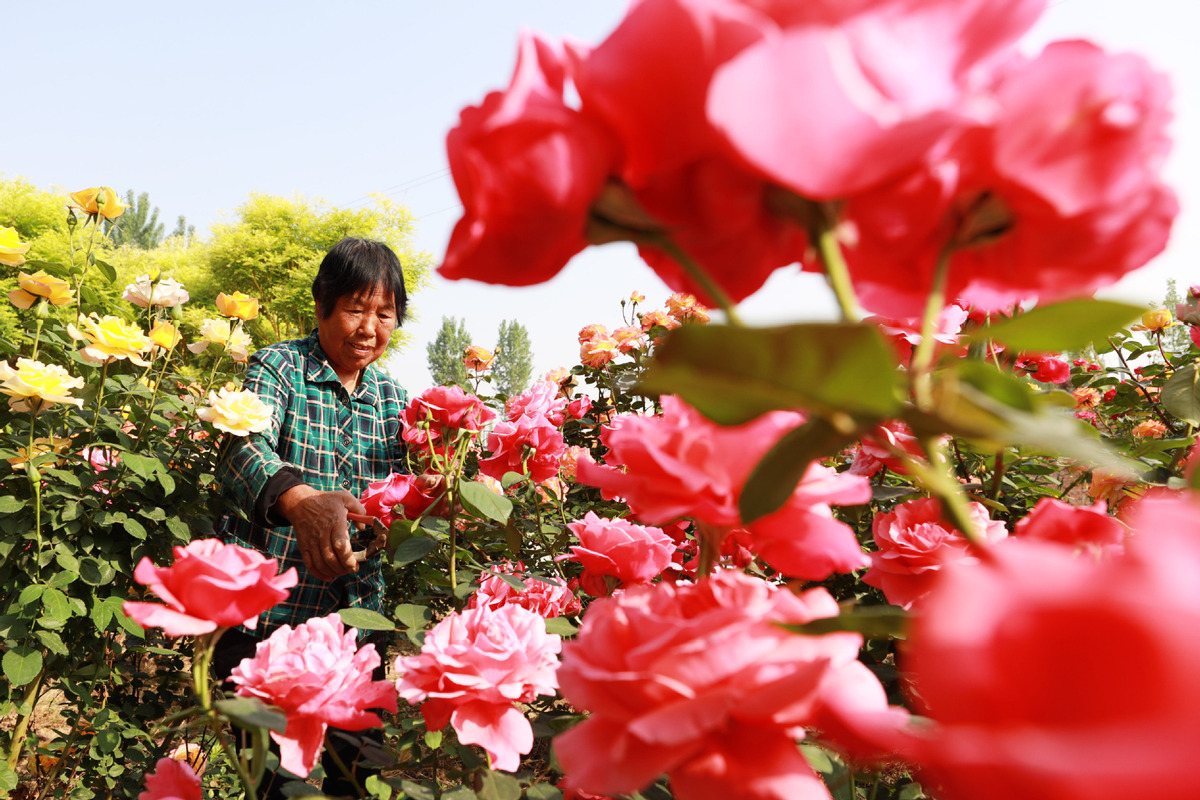 A villager in Xingtai, Hebei province, cuts flowers on May 15, 2019. Flower-growing business has alleviated villagers from poverty in Hebei province. [Photo/Xinhua]

Xia said 13.86 million people in China's rural areas have been lifted out of poverty in 2018, adding that the country has helped more than 10 million people shake off poverty for sixth consecutive year.

Last year, 283 counties moved out of poverty trap, with all provinces across the country completing their annual poverty alleviation goals.

China has committed itself to eliminating poverty by 2020, and the director added that more than 10 million people will be lifted out of from poverty in 2019.