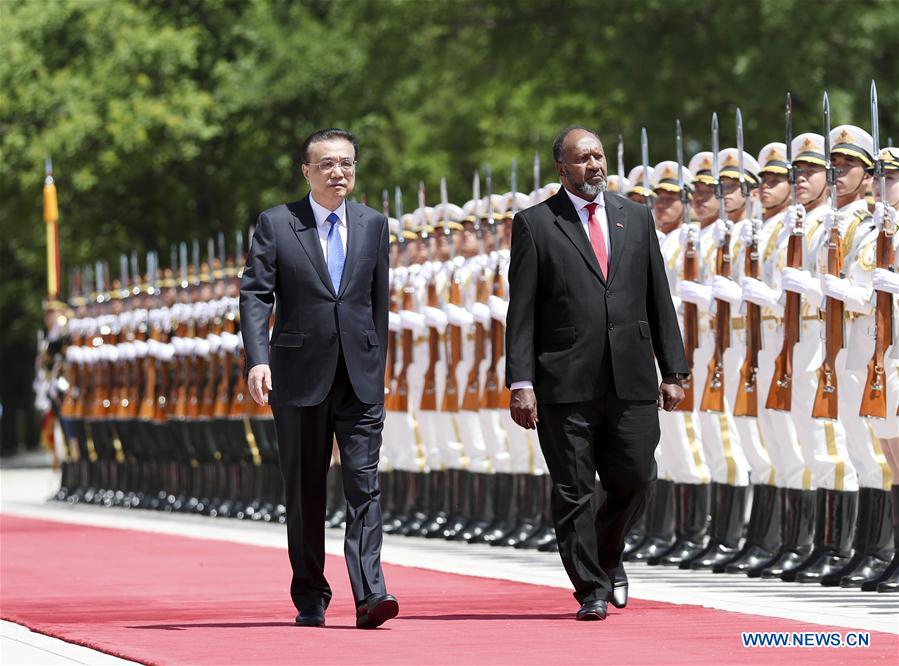 Chinese Premier Li Keqiang holds a welcome ceremony for Vanuatuan Prime Minister Charlot Salwai at the square outside the east gate of the Great Hall of the People before their talks in Beijing, capital of China, May 27, 2019. (Xinhua/Ding Haitao)

Hailing the constant development of bilateral ties, Li said that the two countries, with mutual respect on equal footing, had always lent support to each other on issues concerning each other's core interests and major concerns since the establishment of diplomatic ties 37 years ago.

Countries, no matter big or small, should be equal and can achieve mutually beneficial and win-win outcomes through cooperation, Li said, calling on the two countries to tap their respective advantages, strengthen political mutual trust and deepen all-round exchanges and cooperation.

"China is willing to better align the Belt and Road Initiative with Vanuatu's development strategies and deepen mutually beneficial cooperation in such areas as infrastructure, economy and trade, fisheries and tourism," Li said.

He pledged to encourage Chinese enterprises to invest in Vanuatu, expand imports of Vanuatuan products, strengthen people-to-people exchanges, and continue to provide necessary help to Vanuatu within its capabilities.

"We support Vanuatu's important role in the South Pacific region and is willing to strengthen communication and coordination with Vanuatu on international and regional issues," Li said, while vowing to support Vanuatu to host the Pacific Islands Forum next year and provide assistance if necessary.

Salwai extended his congratulations to the 70th founding anniversary of the People's Republic of China, and praised China for its important role in global affairs and economic governance.

Vanuatu places high importance on ties with China, Salwai said, adding that bilateral ties were based on mutual trust and win-win cooperation, and his country was firmly committed to the one-China policy, and supported China's efforts in safeguarding sovereignty and territorial integrity.

He expressed gratitude to China's support and assistance to his country, and pledged to deepen inter-governmental and people-to-people exchanges, advance cooperation in trade, investment, infrastructure and telecommunication, and promote the development of bilateral ties and ties between China and Pacific island countries.

Prior to the talks, Li held a welcoming ceremony for Salwai.

The two leaders witnessed the signing of bilateral cooperation agreements after the talks, and a joint press communique will be released later.

Salwai is paying an official visit to China from May 26 to 31. 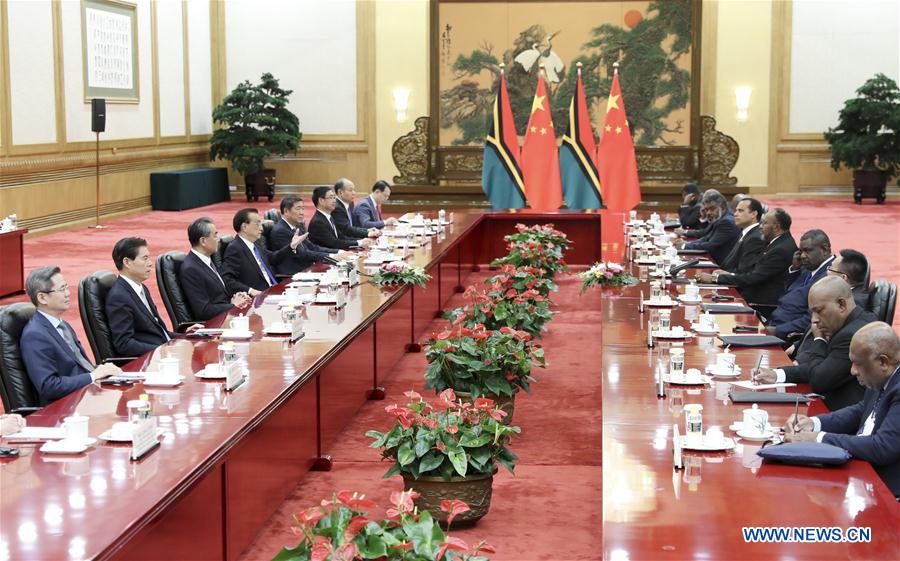