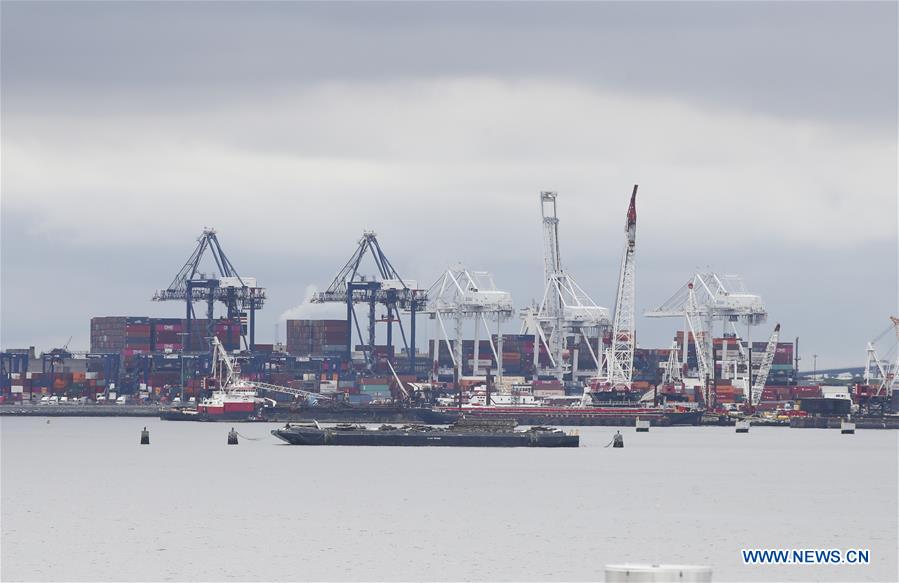 Photo taken on May 14, 2019 shows a cargo loading area of Port Jersey in New Jersey, the United States. (Xinhua/Wang Ying)

"Each pair costs me only about 50 (U.S.) dollars. (Since) the trade war is getting tense, there will be no such good deal soon. I'd better stock up some," Fan told Xinhua.

The fan is among the many anxiety-ridden U.S. residents who are preparing for higher price tags in big and small retailer stores across the country following the latest flare-up of U.S.-China trade tensions.

Their concern is not for no reason at all.

Washington abruptly increased additional tariffs on 200 billion U.S. dollars' worth of Chinese imports from 10 percent to 25 percent in May when trade negotiations were still going on, and has threatened to raise tariffs on more Chinese imports.

The trade group Footwear Distributors and Retailers of America estimated that the tariffs could cost U.S. consumers 7 billion dollars a year, as in 2018, 69 percent of all shoes sold in the United States came from China.

More than 170 shoe companies and retailers have warned the new U.S. tariffs, recognized by some as the newest U.S. attempt to decouple itself from China, would be "catastrophic."

"It is utterly unrealistic to uncouple China and the U.S. economically. The two economies are symbiotically connected and are too interdependent to be pried apart," said Sourabh Gupta, a senior fellow at the Washington-based think tank Institute for China-America Studies, in a recent interview with Xinhua.

"There might be scope to build some separation" within an "extremely narrow list" of high-end technologies where the United States enjoys monopoly control and low-end production goods which are fit for relocation to other Asian countries, he said.

"But for the vast, remaining billions-upon-billions of dollars of two-way trade, investment and intellectual property rights transfers, the possibility of decoupling is utterly unrealistic," Gupta noted.

According to a white paper released by the Chinese government on Sunday, China and the United States are each other's largest trading partner. In 2018, bilateral trade in goods and services exceeded 750 billion dollars, and the two-way direct investment approached 160 billion dollars.

Trade with China helps each U.S. family save 850 dollars per year, according to China's Ministry of Commerce. From lamps to birthday candles, from flip-flops to mouse traps, "Made in China" goods have long become an indispensable part of the everyday life for many U.S. households.

More than 900,000 U.S. jobs depend on producing goods and services exported to China and more than 2.6 million jobs in the United States and many millions more in China depend on two-way trade between the two countries, said former U.S. Ambassador to China Gary Locke.

"So people in both countries are benefiting from this deepening economic integration," said Locke, also the former governor of U.S. state of Washington and former U.S. Secretary of Commerce.

To decouple the U.S. and Chinese economies would spell "an economic disaster," damaging both countries and the entire world, warned Robert Kuhn, chairman of the Kuhn Foundation, in a recent interview with Xinhua.

It is "unacceptable" to the world to undo the economic interdependence between the two countries because it will lead to irreversible damage to global supply chains, Kuhn said.

It would take years to recover some, but never all of the disruptions, and might take a decade or more to reverse the mistake, Kuhn said.

"As serious as the likely near-term impact is, a tariff war would have far worse long-term consequences for the U.S. economy," said Kaushik Basu, professor of economics at Cornell University and non-resident senior fellow at the Brookings Institution, in an article titled "The trade war will do America more harm than good."

"This is because a large share of U.S. imports from China are production inputs. Higher tariffs will make those inputs more expensive or scarcer, hurting U.S. productivity and competitiveness and taking a deep bite out of the economy's growth potential," Basu said.

"One thing is clear, however, a mass shift of production out of China is not a viable option for our industry. The infrastructure, capacity, and workforce to meet consumer demand do not exist anywhere else."

Higher tariffs on these products are likely to hit U.S. consumers, he noted. But the United States spent far more on production inputs, including 186.5 billion dollars on computers and electronics, and a combined 88.6 billion dollars on electrical equipment and machinery.

"If tariffs on these goods remain high, the U.S. risks being outcompeted by other countries in the same way that it outcompeted Japan after the 1980s," Basu said.

CALL OFF TRADE WAR BEFORE IT'S TOO LATE

"The truth is that Chinese-American trade is a pillar of the international economic landscape, facilitating high growth" for the two countries and "benefiting the rest of the world," said Dr. Gary Hufbauer, economist and senior fellow at the Peterson Institute for International Economics, in his article "Trump must call off escalating U.S.-China trade war before it's too late."

"We need a comprehensive agreement with China that addresses rightful U.S. concerns, not a trade war," he said.

"He (Trump) can call off an escalating trade war that inflates consumer prices and endangers job gains," Hufbauer said. "Free and fair trade with China, not more tariffs, is the real path to prosperity."

Gupta said he is positive that the United States and China could finally figure out a solution to the trade disputes.

"I think there's still a good deal of good faith among the negotiators, but it's a very difficult negotiation to be had. And the last five, 10 percent of negotiations are always very difficult to close out," he said.

"I generally feel in a strategic context," he said. "I think the negotiations are still well consolidated and will come to fruition at some point, sooner rather than later." 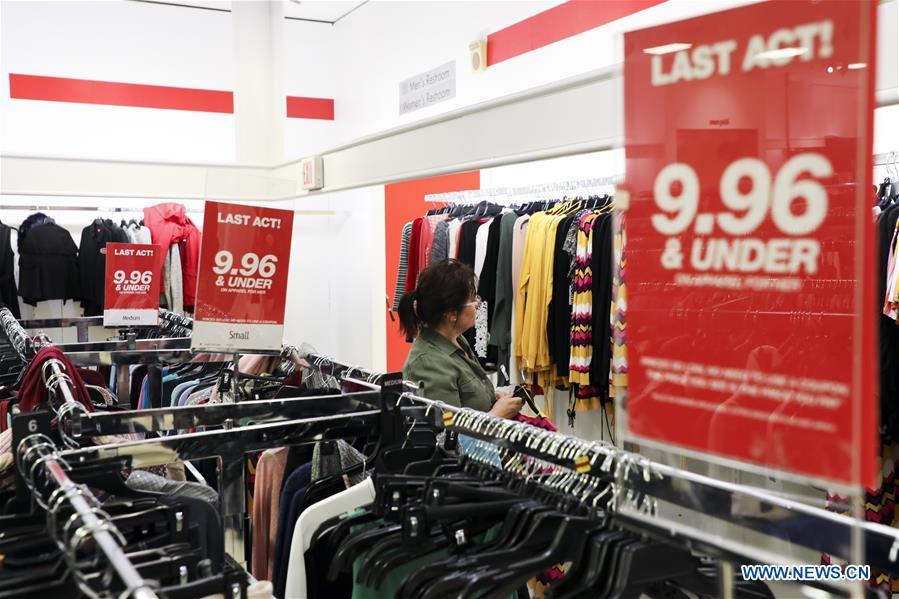 People select clothes at a Macy's store in New York, the United States, May 30, 2019. (Xinhua/Wang Ying) 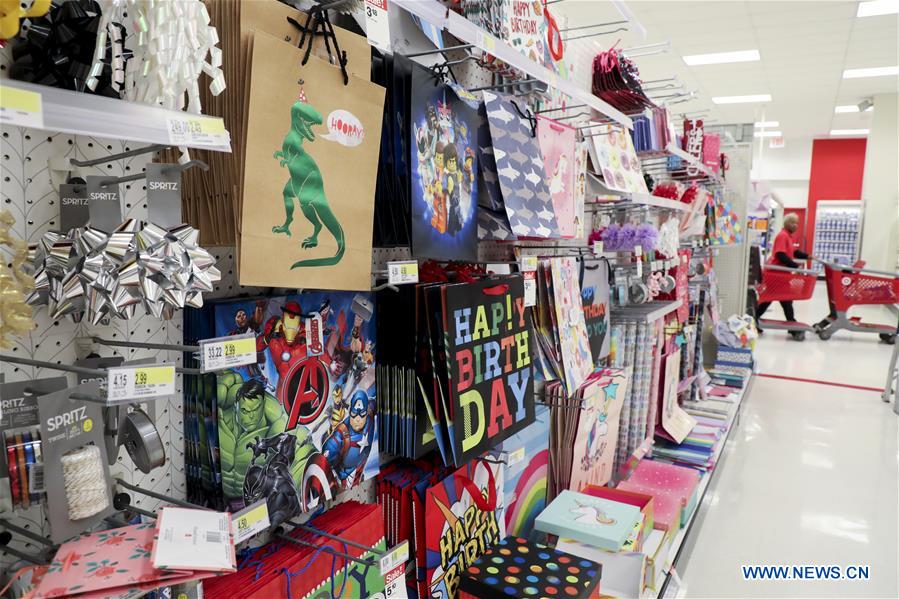 Gift bags made in China are seen at a Target store in New York, the United States, May 20, 2019. (Xinhua/Wang Ying) 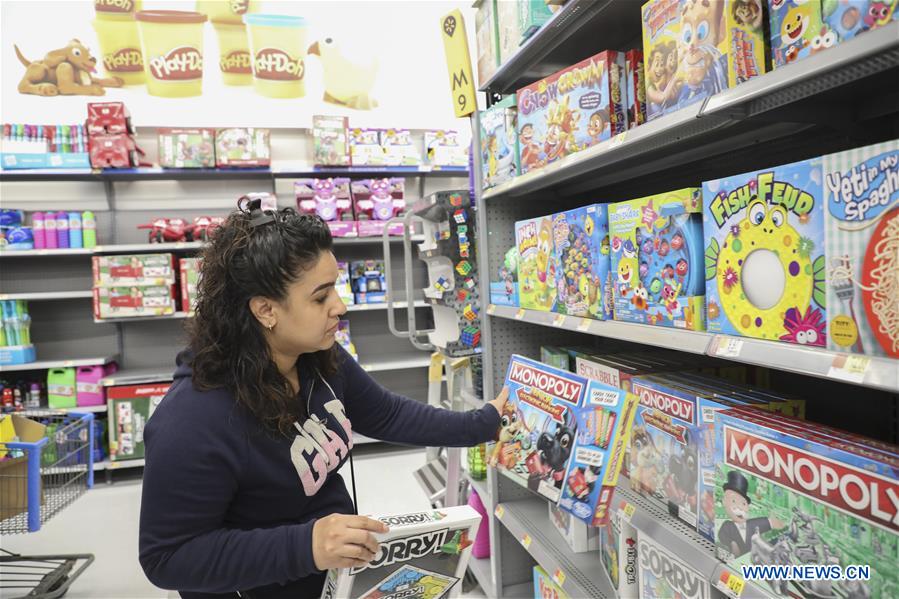 A customer selects toys at a Walmart Super Center in New York, the United States, May 30, 2019. (Xinhua/Wang Ying) 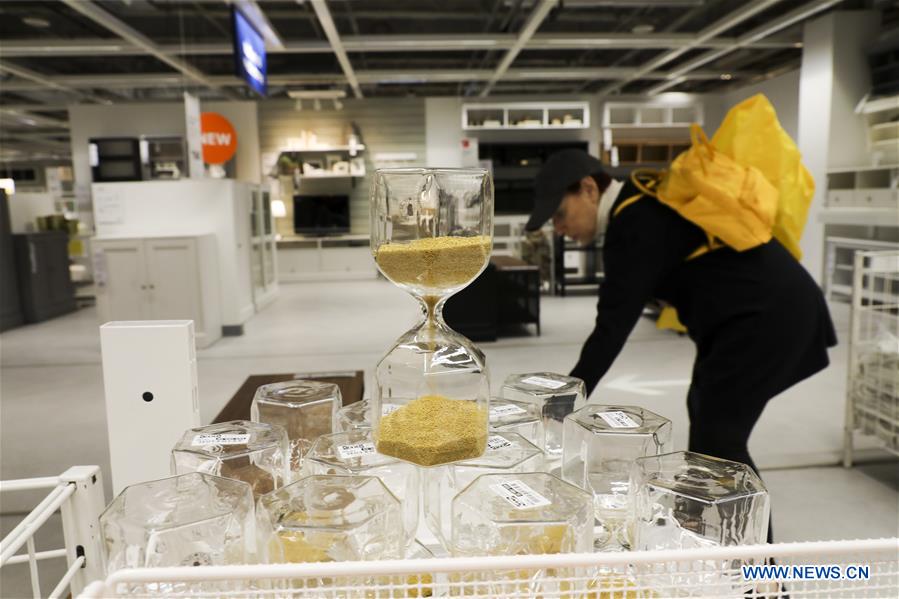 Sand clocks made in China are seen at an IKEA store in New York, the United States, May 23, 2019. (Xinhua/Wang Ying) 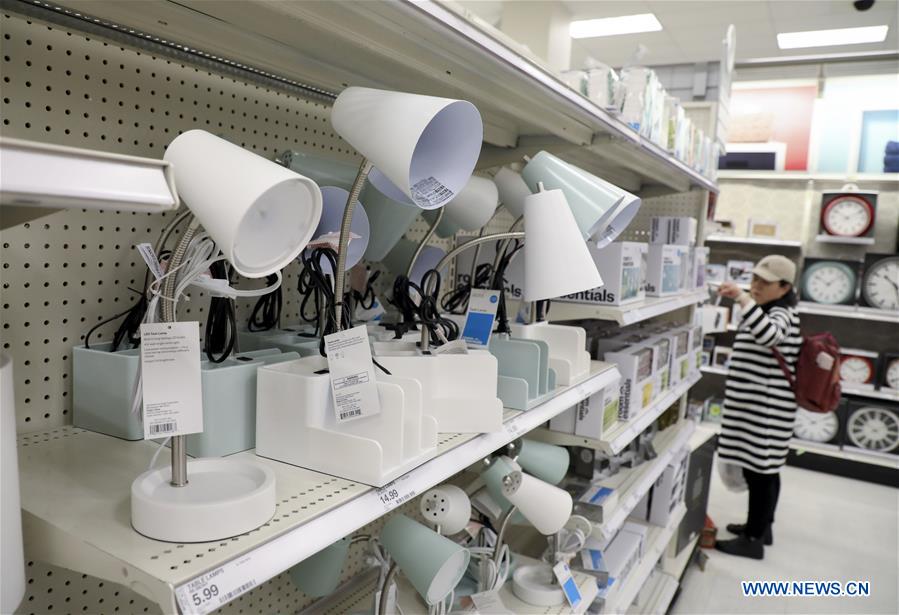 Lamps made in China are seen at a Target store in New York, the United States, May 20, 2019. (Xinhua/Wang Ying)