China embraces smarter 'Made in China' 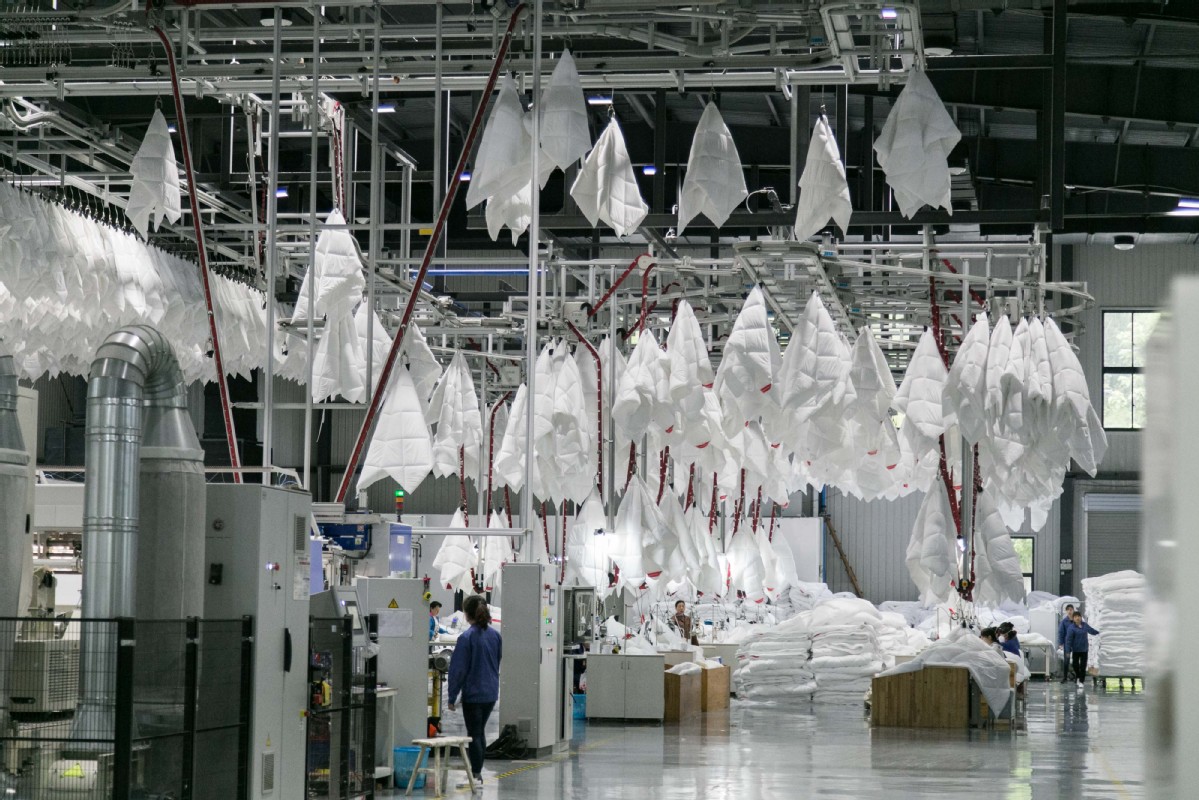 CHANGSHA - In the workshops of Hunan Mendale Household Textiles Co Ltd, intelligent production lines process piles of raw materials like cotton, and three minutes later, a quilt is made.

The company started to run intelligent production lines in March 2018, which have improved the company's productivity by more than 30 percent and reduced costs by more than 25 percent, said a corporate source.

By June 2019, the company plans to upgrade and digitalize its supply chains, visualize data and information of logistics, to create smart factories covering production and management. 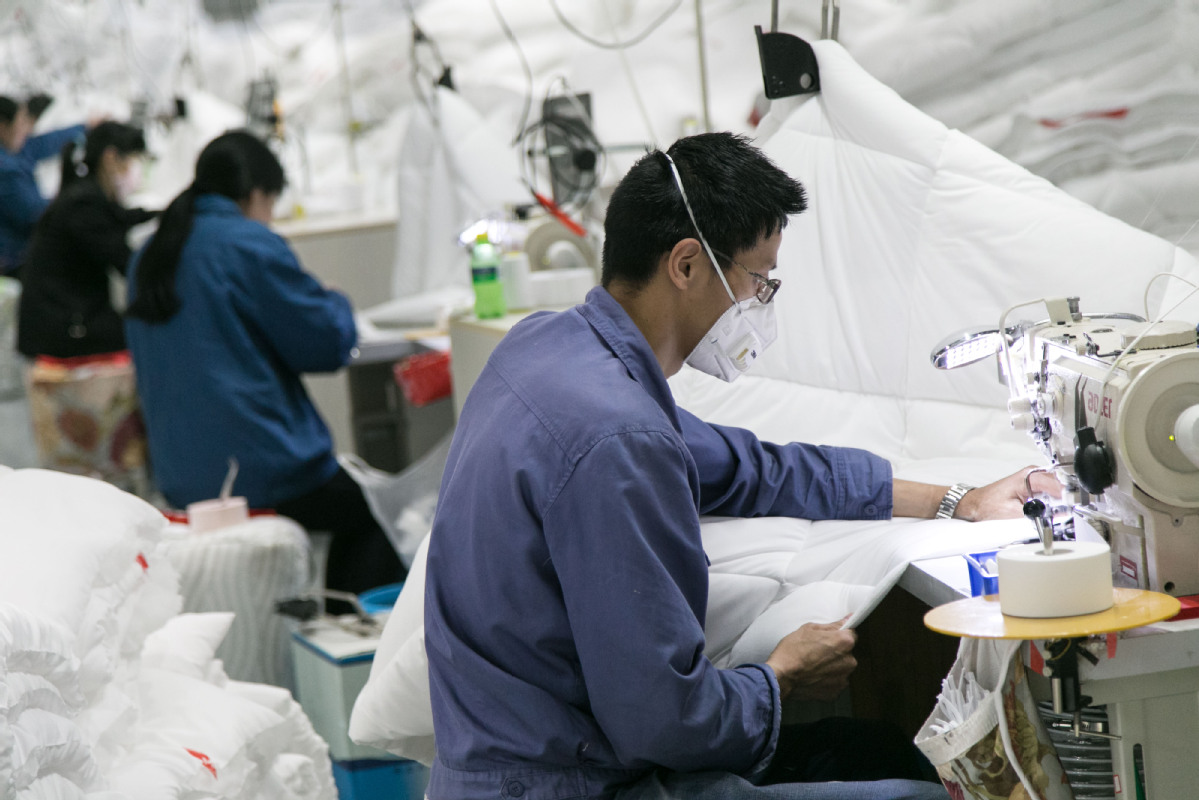 On May 8, the world's largest manufacturing base for high-end underground engineering equipment was completed and put into operation in Changsha, capital of central China's Hunan province. It aims to promote the intelligent development of China's heavy industry through efficiently automated production lines, robotic workstations, and intelligent logistics systems.

China has built more than 200 digital/intelligent factories, and had become the biggest intelligent manufacturing market in the world, said a report released at the World Intelligent Manufacturing Summit held in Nanjing, capital of east China's Jiangsu province, in October.

Intelligent manufacturing has pushed forward the overall systematic transformation of the traditional modes of production and organization, and promoted the reengineering of industrial chains and the upgrading of value chains, said Zhang Liqun, a researcher with the Development Research Center of the State Council.

"The upsurge of intelligent manufacturing has pushed the national economy to better achieve high-quality development and injected the new driving force into the steady economic growth," Zhang said. 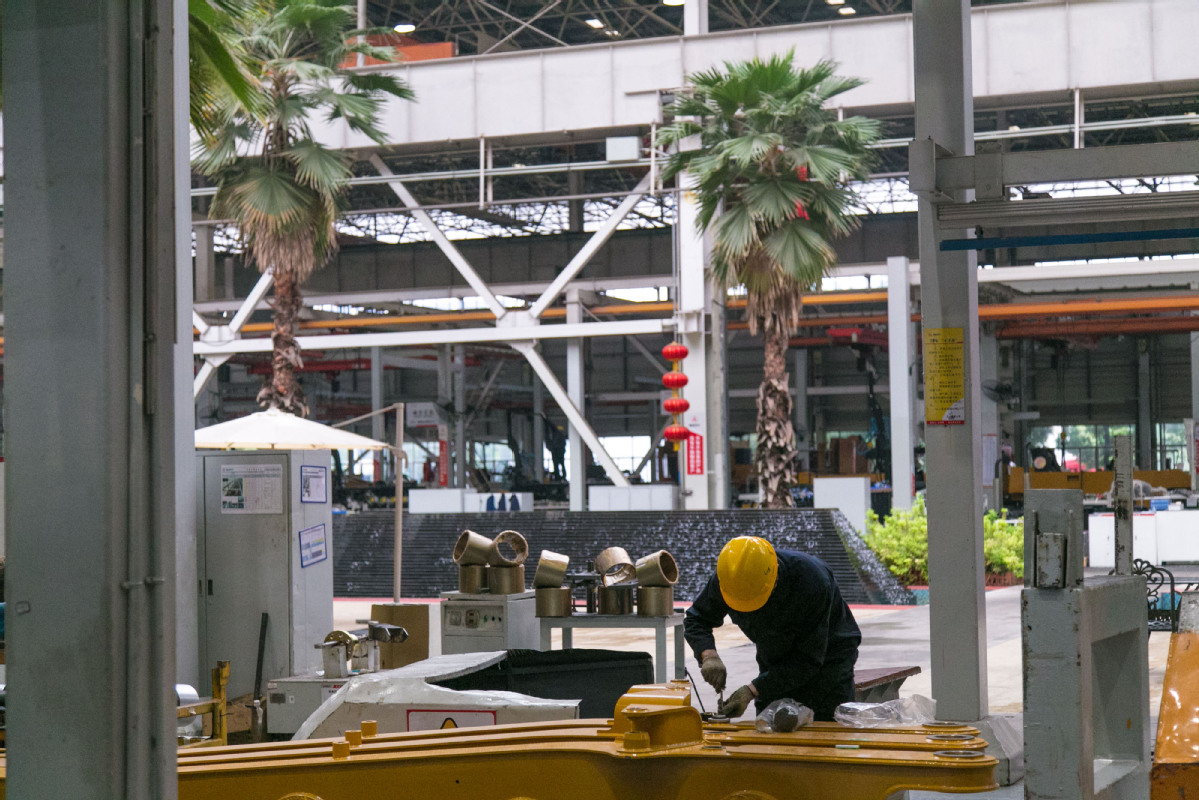 The No 18 factory of Sany Group is decorated with flowers and trees in central China's Hunan province. [Photo/Xinhua]

Smarter "Made in China" production also helps protect industrial workers. Dust pollution, which has long threatened workers' health, has disappeared due to use of intelligent manufacturing equipment.

In the No 18 factory of Sany Group, China's leading machinery equipment maker, dust pollution is now a thing of the past, while flowers and trees, small bridges and flowing water decorate the factory compound as if it were a garden. 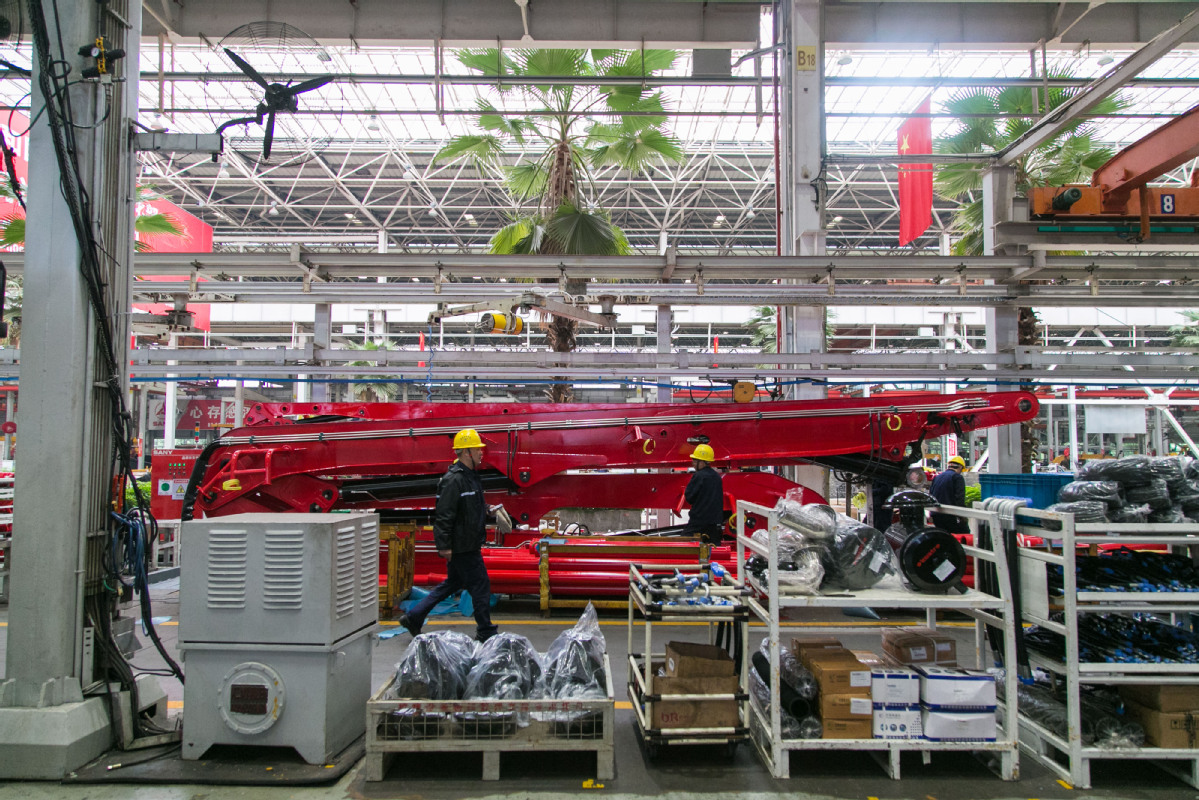 The No 18 factory of Sany Group is decorated with flowers and trees in central China's Hunan province. [Photo/Xinhua]

Workers and robots now work side by side in the smart factory, which produces pump trucks that can spray cement onto the world's tallest skyscrapers.

The factory is also equipped with welding robots, which can weld with high precision while producing fewer welding slags.

China has set targets for establishing a supporting system for intelligent manufacturing and realizing the intelligent transformation in its key industries by 2025. By then, the "Made in China" label will become more than just intelligent and aim to bring more tangible benefits to more people.