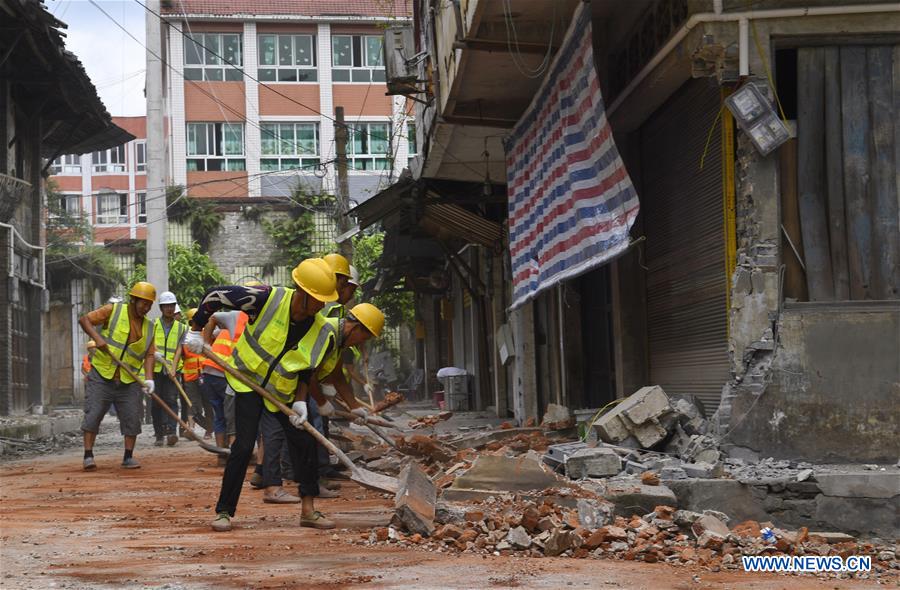 The earthquake hit Changning County of Yibin City at 10:55 p.m. Monday (Beijing Time). The epicenter, with a depth of 16 km, was monitored at 28.34 degrees north latitude and 104.90 degrees east longitude, according to the China Earthquake Networks Center.

Nine people died in Changning and four more in neighboring Gongxian County, Li Tinggen, secretary-general of the municipal government of Yibin, said at the press conference.

As of Tuesday afternoon, nearly 200 people were injured. Among them, six are in critical conditions and another 16 are severely injured.

At around 6:30 p.m., a severely injured victim was transported by a helicopter to the Sichuan provincial people's hospital for further treatment.

Nie Taimin, deputy director of the municipal bureau of emergency management, said the number of injured has increased as the conditions of some remote areas with poor communications were updated during the day.

In a temporary shelter in Shuanghe Township, dozens of relief tents had been set up. Each tent was about 12 square meters, with five simple beds inside and two dry powder fire extinguishers outside.

Outside the tents, people were provided with free water, instant noodles, bread and other food, and power workers were offering charging services.

Luo Lian, 30, was still shaken when she recalled last night's earthquake. "We were scared to death and rushed out having no shoes on. Our legs were shaking even after we were safe," Luo said.

On Monday evening, Luo stayed on the third floor with her two children when the quake struck. At the beginning, she thought the shake was just an illusion. However, a stronger tremor was felt soon, as the whole house clanged and the kids began to cry.

When Luo realized it was a quake, the electricity was cut off at her home. The mother had to run downstairs with her children in the dark.

Luo was grateful that the workers in the shelter took good care of her and her children. "Now we don't worry about the food supply. We're just afraid of the aftershocks and can't go home."

As of 8:30 a.m. Tuesday, a total of 17 aftershocks measuring 3-magnitude or above have been recorded in the areas.

Statistics showed that more than 3,000 people joined the rescue work.

The Ministry of Emergency Management has activated an emergency response and sent a working team to the stricken areas to provide guidance in rescue and disaster relief.

The ministry and the National Food and Strategic Reserves Administration have dispatched 5,000 tents, 10,000 folding beds and 20,000 quilts to the quake-hit areas.

Li said 15 medical teams with about 60 members from Yibin's hospitals have reached the quake-hit areas.

China's armed police forces were also dispatched for rescue soon after the earthquake. Meanwhile, more than 1,800 militia members have been mobilized overnight to offer emergency relief, including on-the-spot rescue, disaster detection, and duties of vigilance, in the quake-stricken areas.

Seven main roads connecting Changning and Gongxian counties with the epicenter have been cleared and reopened by Tuesday afternoon, according to Li.

As of 4 p.m. Tuesday, State Grid Sichuan Electric Power Company has mobilized 294 emergency rescue personnel and 70 vehicles to the quake areas for the power repair and temporary power supply. More than 24,000 households have regained power.

On Monday night, Yibin residents received alarms 10 seconds before the quake hit, while citizens in the provincial capital Chengdu, more than 200 km away from the epicenter, got alarms about a minute before the seismic waves hit the city.

Early warnings were issued through a variety of channels, including public broadcasting system, local television stations, mobile apps and the Internet.

The early warning system was jointly built by the Institute of Care-Life, an organization that studies earthquakes in Chengdu, and local emergency management authorities.

Preliminary statistics showed that 79 county-level areas in 13 cities and prefectures issued early warnings via television stations. A total of 212 schools in several cities and 101 residential communities in Chengdu received alarms in advance.

"The system was not designed to predict earthquakes," said Wang Tun, director of Care-Life. "It uses the theory that radio waves travel faster than seismic waves and provides automatic warnings seconds before quake waves arrive."

The early warning system has covered an area of 2.2 million square km, providing services to about 90 percent of the population in China's quake-prone regions, according to Wang. 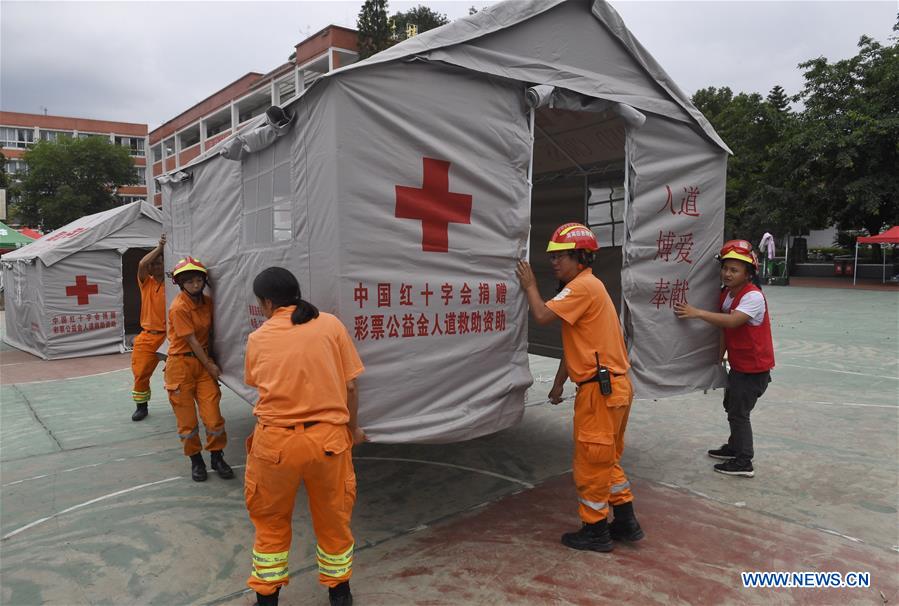 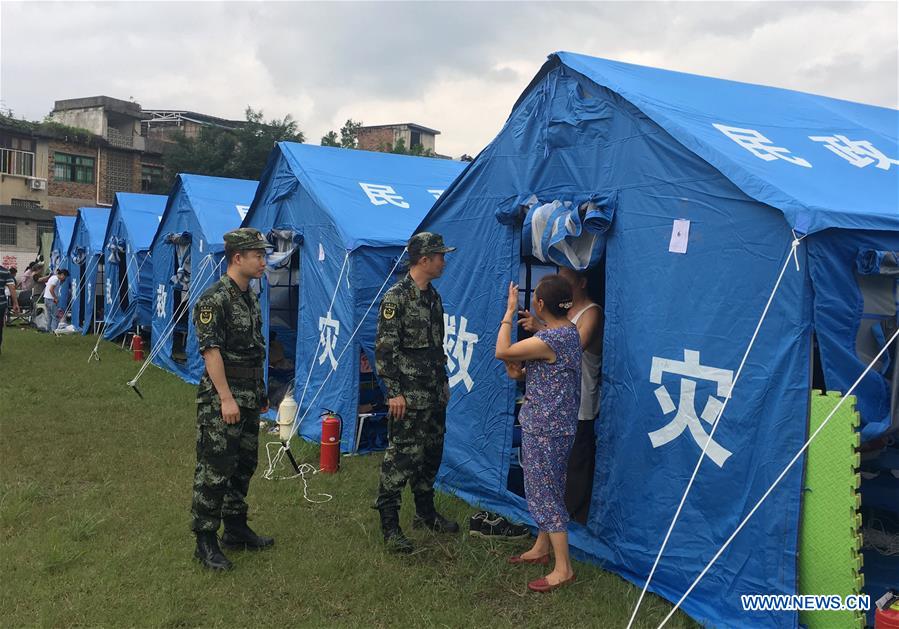