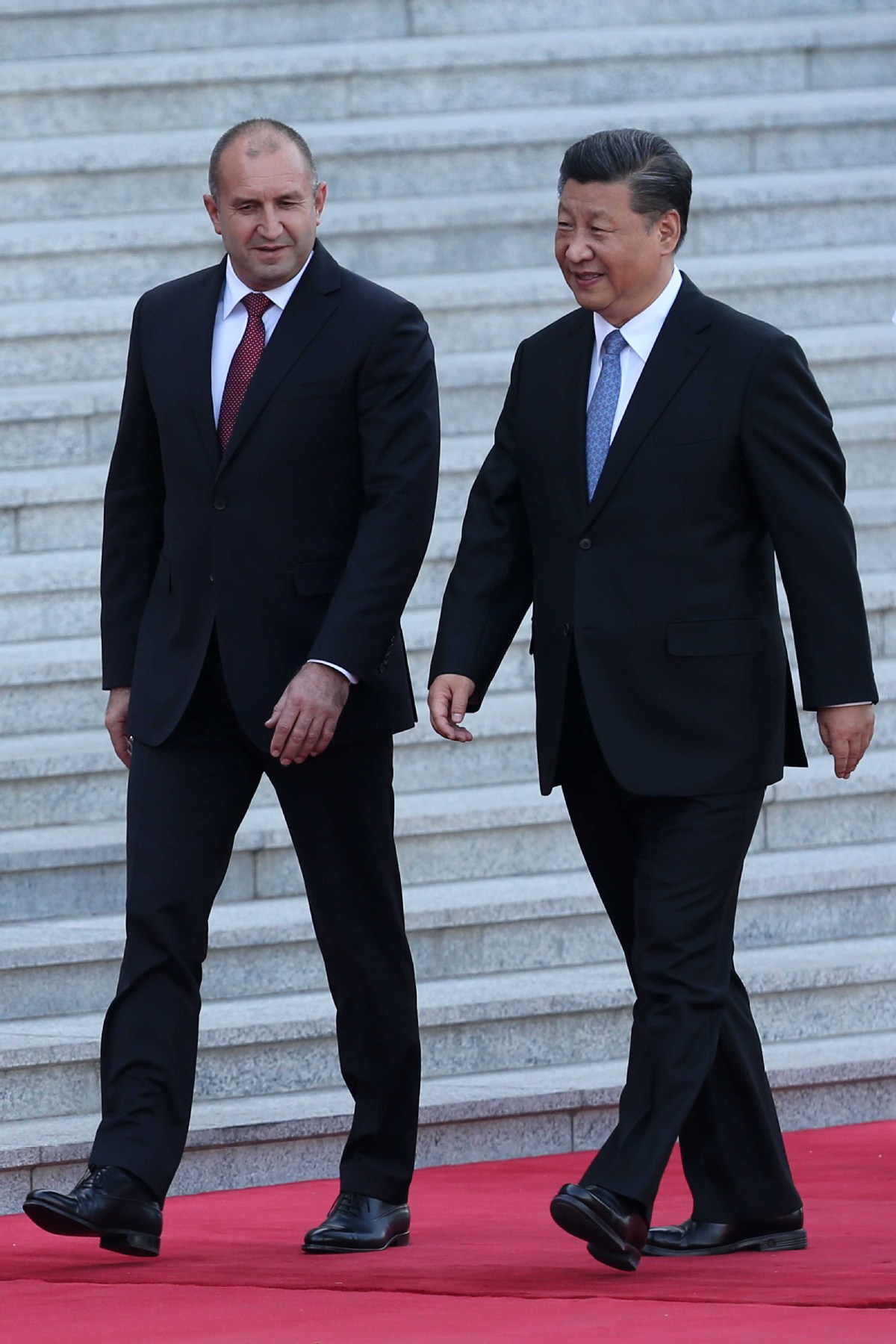 President Xi Jinping holds a welcoming ceremony for Bulgarian President Rumen Radev outside the Great Hall of the People in Beijing on Wednesday. [Photo by Wang Zhuangfei/China Daily]

China and Bulgaria should make joint efforts to maintain the international system based on multilateralism and international law, President Xi Jinping said on Wednesday.

Xi made the remarks while meeting with Bulgarian President Rumen Radev at the Great Hall of the People in Beijing. Radev is paying a state visit to China from Monday to Friday.

The two presidents agreed to promote their countries' relationship to a strategic partnership. Before their talks, Xi hosted a ceremony to welcome Radev.

The two countries should take the opportunity of upgrading their bilateral relations, join hands to deal with changes of international relations and inject new impetus into China-Bulgaria cooperation, Xi said.

Noting that Bulgaria was one of the first countries to establish diplomatic relations with China, Xi said that the traditional friendship between the two countries has developed over the past 70 years.

Xi called on the two countries to enhance mutual respect and trust, and strengthen communication in such areas as government, legislative authorities and political parties.

The two countries should continue to firmly support each other on issues related to their core interests and major concerns, Xi said.

Bulgaria is among the Central and East European countries that from a very early period have signed intergovernmental cooperation documents with China on jointly building the Belt and Road, Xi said.

He said that China attaches great importance to relations with Europe and firmly supports the integration process of Europe.

China hopes the new European Union authorities maintain stable and sustainable policies toward China, Xi said, adding that Bulgaria is a good friend and partner of China in the EU.

Radev said that the upgrade of Bulgaria-China relations will strengthen the foundation of bilateral ties.

Bulgaria would like to play an active role in building the Belt and Road and become a door and hub to connect Europe with Asia, he said.

Bulgaria would like to enhance cooperation with China in such areas as trade, transportation and aviation, and it welcomes Chinese investment, Radev said.

Bulgaria supports multilateralism and the World Trade Organization, and would like to enhance coordination with China, he added.