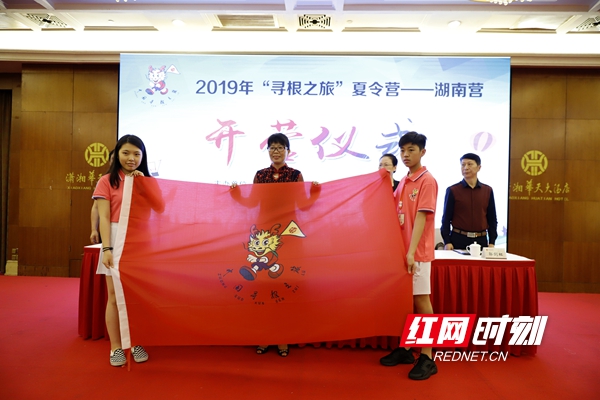 Huang Fang, secretary of the CPC committee of Hunan Federation of Returned Overseas Chinese, presented a flag for the summer camp and briefly introduced the purpose and significance of the summer camp. She expressed sincere welcome to overseas Chinese youth friends from afar for the root-seeking tour and her expectation for further understanding and exchanges the culture of Hunan and friendship.

The series of “Roots-seeking Tours in China” summer (winter) camps started in 1999 with the aim of helping overseas Chinese youths to learn Chinese, to understand China's national conditions and Chinese culture, and to promote exchanges between Chinese and overseas Chinese at home and abroad. It has been held for 19 times and it has been warmly welcomed and widely praised by overseas Chinese, especially youth.