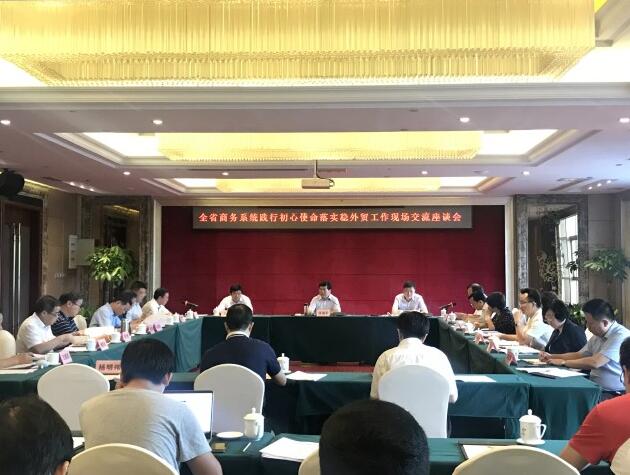 According to Xu Xiangping, director of the Hunan Provincial Department of Commerce, the total import and export value of Hunan Province reached 182.3 billion RMB, The growth rate increased 40.1% in the first half of 2019 comparing with the same period of the previous year, ranked the second in China.

According to Changsha Customs statistics, Hunan's foreign trade reached 40.93 billion yuan RMB in June, with an increase of 61.6%.Since March, the import and export volume of province has been rising steadily.

"Foreign trade initiatives are gradually taking effect," Xu Xiangping said that it will double the number and accelerate the construction of a comprehensive foreign trade service system; it will innovate and improve the construction of foreign trade financing service system;it will implement the action of "Enterprises of International Marketing" , and it will create a new foreign trade situation. Taking the China-Africa Economic and Trade Fair as an opportunity, Hunan will actively expand imports and exports. “These six initiatives have brought new growth points to Hunan”