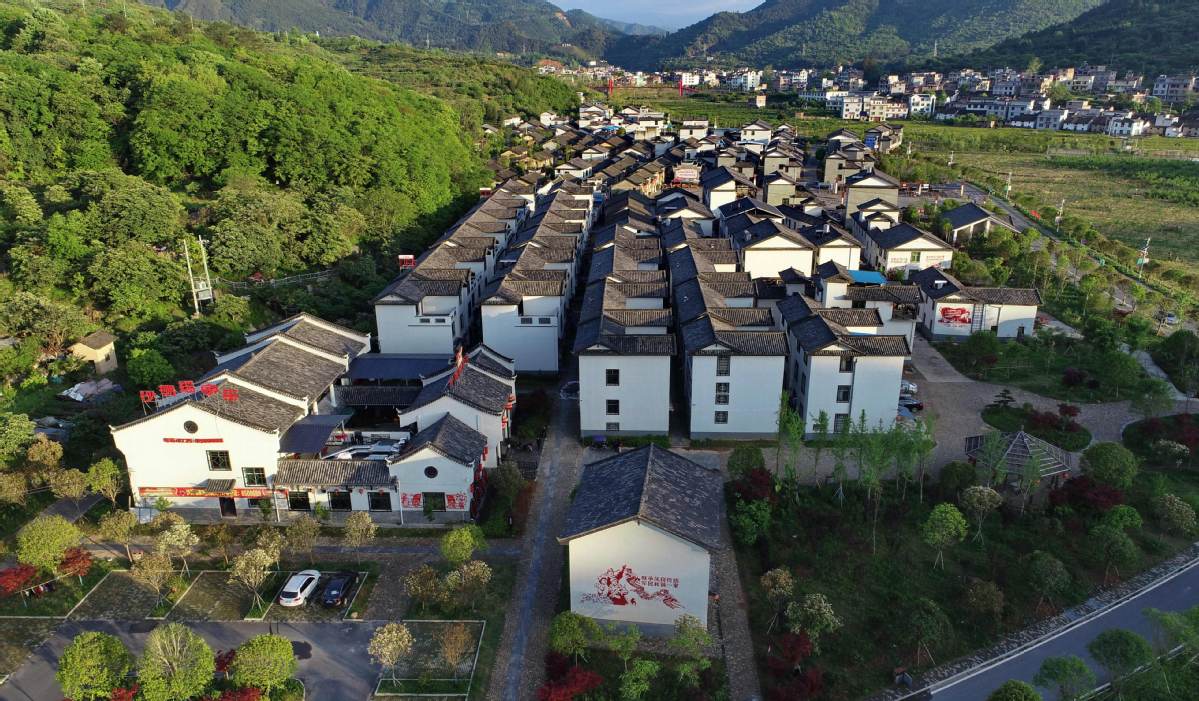 Shazhou village in Hunan province, where the story of "the half blanket" took place, is becoming prosperous thanks to the development of tourism. Provided To China Daily

Building on its traditional manufacturing strengths by nurturing high-tech industries, the province is spearheading the 'Made in China' blueprint

Editor's Note:As the People's Republic of China prepares to celebrate its 70th anniversary on Oct 1, China Daily is featuring a series of stories on the role regions have played in the country's development and where they are today.

Earlier this year, China's major train manufacturer, CRRC Zhuzhou Locomotive, tested a new generation maglev train to see if it could reach its projected top speed of 160 kilometers per hour, about 60 percent faster than the current model.

The new medium-speed model, which was tested in Changsha, Hunan province, has 30 percent more traction and can carry an additional 6 metric tons, compared with the previous generation, said Tong Laisheng, head of the maglev research institute of CRRC Zhuzhou.

China's first medium-low-speed maglev rail line started commercial operation in Changsha in May 2016. The new model is expected to lay the foundation for the introduction of medium-speed maglev train systems, Tong said.

CRRC Zhuzhou is also developing a more advanced maglev model with a top speed of 200 km/h.

Hunan, where CRRC Zhuzhou Locomotive is headquartered, rolled out an innovation-driven strategy in 2016, but is now aiming for even faster growth.

Once a less-developed province with a population of nearly 70 million, it is now spearheading the "Made in China" blueprint and striving to establish an integrated intelligent manufacturing center.

Hunan's strategy is to upgrade traditional industries with state-of-the-art technology while nurturing new economy enterprises, such as 5G telecoms, the internet of things, 3D printing and robotics.

Du Jiahao, secretary of the provincial committee of the Communist Party of China, calls innovation and opening-up the "two wings" that can help Hunan's economy soar. "As a province in central China, Hunan has its traditional advantage in manufacturing," Du said. "But in recent years our engineering machinery, electronic information, biopharmaceutical, new energy and new equipment have also seen notable growth."

Du added that the moment is ripe for the province to make the shift. 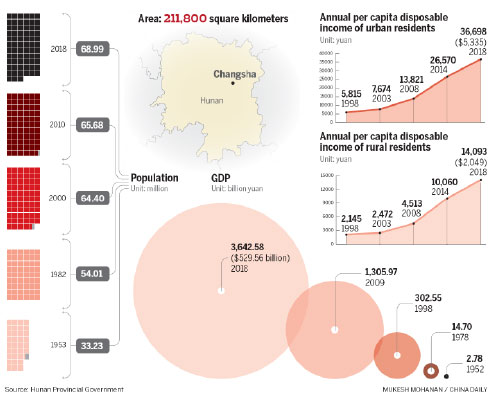 Hunan joined the"3 trillion" club in 2017 after its GDP hit nearly 3.46 trillion yuan ($502 billion) - the ninth-largest regional economy in China, according to the International Monetary Fund.

Its GDP grew to 3.64 trillion yuan last year, according to the provincial authorities.

The province is home to eight national high-tech zones and a host of technology companies, such as Zoomlion, CRRC Zhuzhou and Hunan Boyun New Materials. The added value of high-tech industries in Hunan reached 846.8 billion yuan last year, up 14 percent from 2017.

Hunan is aiming for a GDP growth rate of 7.5 percent to 8 percent this year.

Delivering his work report at the annual session of the provincial people's congress in January, Hunan Governor Xu Dazhe said the province wants to accelerate the growth of new and promising industries - such as biological medicine and energy conservation - and also press for upgrades in traditional industries such as steel, construction and food processing.

Xu said the tech-savvy approach has helped energize the province's manufacturing industry and put it on the path to high-quality development.

"The Hunan government has enacted a series of measures to promote the use of technology in traditional industries. Going forward, we will put more effort into the betterment of industrial chains in sectors like vehicle manufacturing, steel, nonferrous metals and others," Xu said.

In recent years, Hunan has made great efforts to encourage innovation in industrial development. It is the birthplace of many high-tech, innovative products that count among the world's best. These include the fastest electric train traction system, the longest concrete pump, the strongest crawler crane, the most powerful six-axle electric locomotive and Tianhe-1, the world's fastest supercomputer.

More than 100,000 companies in Hunan had adopted cloud computing technologies by the end of last year, while nearly 1,000 internet companies were incubated in the province's 90 big-data industrial parks. In addition, Hunan has also launched a test zone for connected intelligent vehicles. 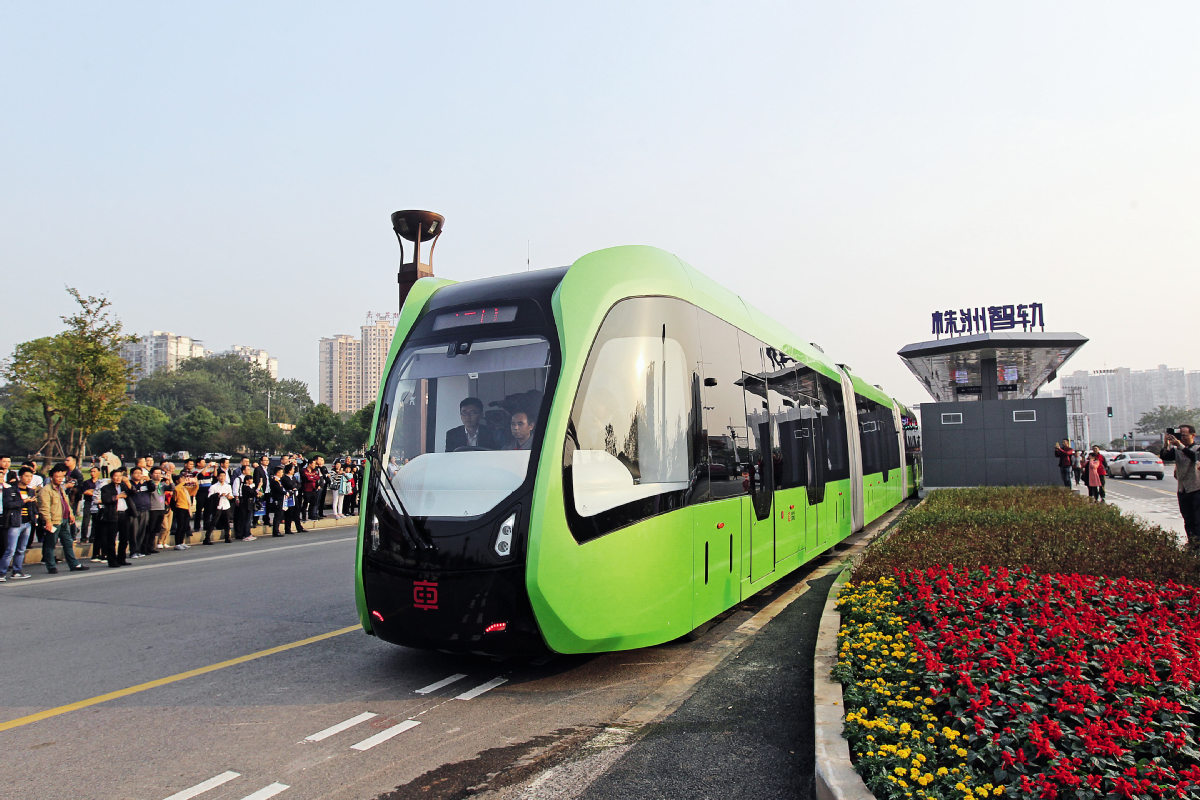 Like other parts of China, Hunan has a "go global" strategy.

"We hope to work closely with Hong Kong and other cities in the Guangdong-Hong Kong-Macao Greater Bay Area in the fields of technology and innovation, resources, projects, talent and platforms," said Luo Jianjun, counsel of the General Office of the People's Government of Hunan Province.

Xu, the governor, said the province is striving to build a world-class industrial cluster, improve the level of intelligent manufacturing and enhance the competitiveness of enterprises. "We invite leading enterprises in construction equipment and key components to invest and develop in Hunan so that we can jointly overcome core technological difficulties and explore the international market," Xu said.

At the Hunan-UK Future Innovation Summit in Changsha in March, Liu Xiaoming, the Chinese ambassador to the United Kingdom, said a growing number of companies from Hunan are exploring opportunities for more cooperation with the UK in science, technology and innovation.

The CRRC Zhuzhou Institute has established research and development centers for semiconductor and electric drive technology in the UK, according to Liu.

He said Xiangtan Electric Manufacturing is working with Garrad Hassan and Partners on the development of direct-drive turbines for low-speed wind conditions.

Meanwhile, a batch of high-tech enterprises that chose to set up branches in Hunan has brought new impetus to the province's foreign trade growth. The import and export volume of Hunan province surpassed 310 billion yuan last year, a year-on-year increase of over 28 percent, according to Commerce Department data.

Private enterprises played a big role in the province's foreign trade, accounting for 68.1 percent of the total volume, up 1.1 percentage points compared with 2017.

The growth can be attributed to an improved trade structure and foreign trade environment, and cooperation with countries involved in the Belt and Road Initiative routes, Luo said.

Zhou Dunyi, a philosopher who lived in Hunan 1,000 years ago, said that knowing the trends of the times leads to success.

"In today's world, innovation is the way to development, and cooperation can lead to win-win results. This is the irreversible trend," Liu, the ambassador, said.

Hunan is leaping ahead with the times.