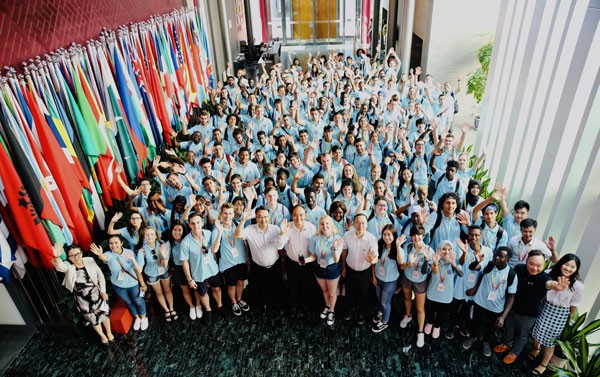 On July 23, 157 foreign college students from 144 competition areas in 122 countries participated in the welcome ceremony of the 18th “Chinese Bridge” Chinese Proficiency Competition for Foreign College Students at the Confucius Institute Headquarters in Beijing. The annual competition’s semi-finals and finals kicked off then. This year’s competition is hosted by the Confucius Institute Headquarters/Hanban of China, and the Hunan Provincial People’s Government.It provides a communication platform for the young Chinese learners across the world, and inspires exchanges between Chinese and foreign youths. Competitors’ proficiency in Chinese language, Chinese culture, and comprehensive ability are tested in the forms of written examination, keynote speech, and talent show.Initiated in 2002, “Chinese Bridge” events have been held for 17 sessions. More than one million college students from over 130 countries have participated in the “Chinese Bridge” competitions, sharing their outcomes and happiness in learning Chinese. More than 3,000 candidates have competed in the quarter-finals, semi-finals, or finals in China.