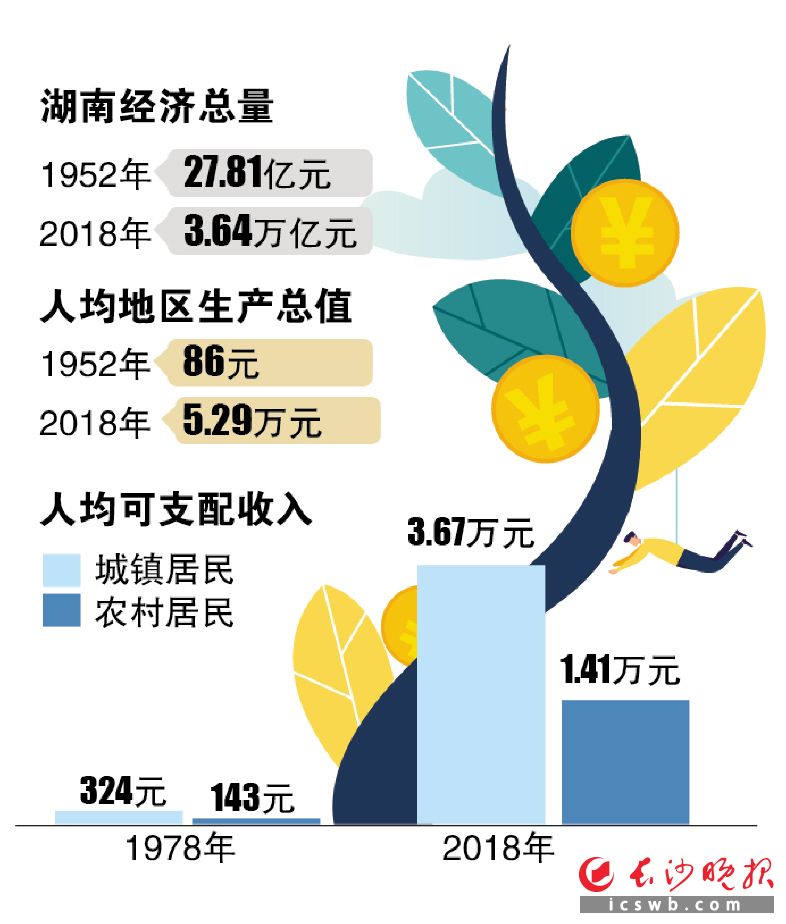 According to the data of August 7 by Hunan Provincial Bureau of Statistics : the total economic output of Hunan province has jumped from 2.78 billion yuan in 1952 to 3.64 trillion yuan in 2018 in the past 70 years since the founding of the PRC, and the per capita GDP has increased from 86 yuan to 52,900 yuan. The total economic volume created in 2018 is 3.6 times the total economic volume of 1952. Hunan province's regional GDP grew at an average annual rate of 8% from 1953 to 2018. While the economic aggregate is expanding. The industrial structure, ownership structure, and income distribution structure have changed systematically and diversely, and the coordination of economic and social development has been greatly enhanced.

The internal structure of the three industries has also undergone major changes: the agricultural basic status has been consolidated with fully developed agriculture, forestry, animal husbandry, and fishery; the industrial system has become more complete, and the production has moved from the low-end to the middle and high-end; new modes of new business are developed prosperously.