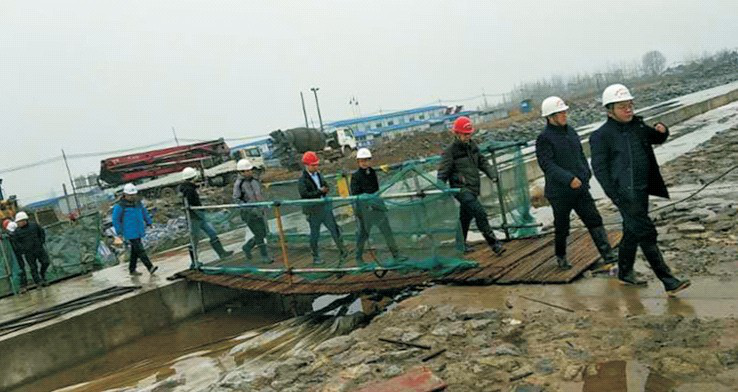 Yu Yuanjun (the first from right) conducted an inspection at a construction site on January 19 in Hunan province. [Photo provided to chinadaily.com.cn]

Yu Yuanjun, an engineer managing water conservancy projects in Hunan province, was granted the posthumous honor of outstanding Communist Party of China member for his efforts and achievements made to society.

Since managing water conservancy projects of the Dongting Lake in Hunan in 1994, Yu has spent the past 25 years conducting field research and inspections on each water system of China’s second-largest freshwater lake.

The 46-year-old was chief engineer of Dongting Lake Water Conservancy Management Bureau of Hunan province. He passed away from a life-threatening disease on January 19 when he was working on a flood control project at the construction site in Yueyang.

The flood control project of Dongting Lake is a crucial part of the complete flood control system at the middle and lower reaches of the Yangtze River.

Ensuring the project can be completed with the highest security and quality before the flood season is vital for the safety of millions of people who live around the river. 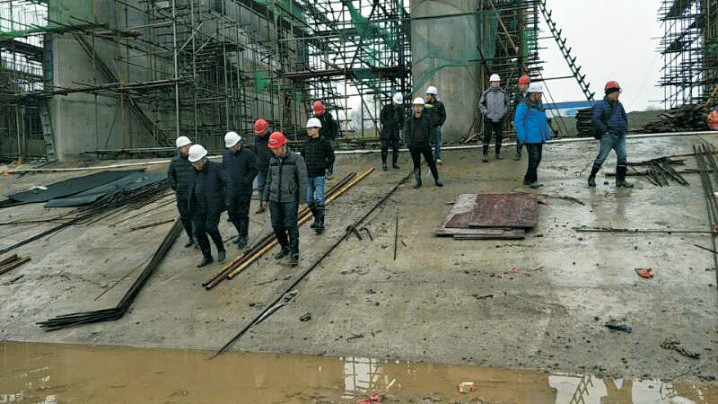 Yu Yuanjun (the first from right) conducted the inspection at a construction site on January 19 in Hunan province. [Photo provided to chinadaily.com.cn]

To maintain the smooth development of the project, Yu began visiting the construction sites on January 17 where he worked days and nights.

On the third day there, he was struck down by a sudden disease and died despite receiving emergency medical treatment, said Ji Weizhi, a colleague of Yu.

During the past two decades, Yu had compiled over 1,000 GB of electronic materials about the Dongting Lake covering data of almost every water system and project location related to the Dongting Lake.

He is dubbed an encyclopedia of the water conservancy of Dongting Lake.

After he passed away, his colleagues found two things in his briefcase - a meeting memo and records of his party membership dues. 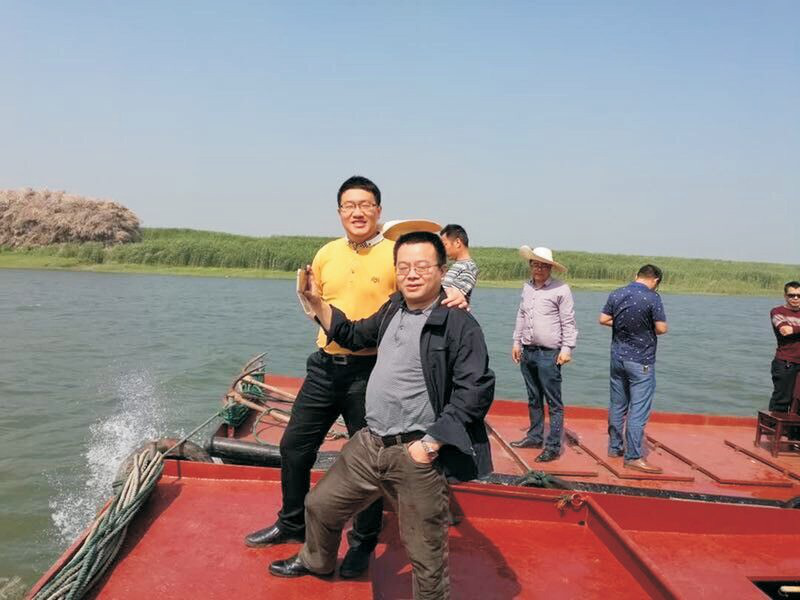