Who is behind Hong Kong protests?

On Aug 6, Hong Kong media reported two meetings between a US political counselor and separatist leaders. Julie Eadeh, who works at the US Consulate General in Hong Kong, was caught on camera meeting with opposition figures Martin Lee and Anson Chan.

Later that day, Eadeh also met Joshua Wong, one of the leaders of the illegal "Occupy Central" movement in 2014. 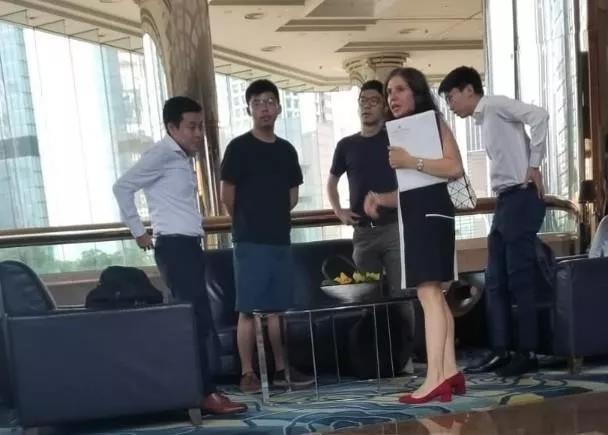 But long before those reports, there was growing evidence of a deliberate US hand in the worsening of the situation in Hong Kong. US politicians have met with Lee and other Hong Kong opposition leaders, including Jimmy Lai.

Those meetings have only added fuel to the criminal deeds jeopardizing Hong Kong. China has repeatedly asked the US to stop interfering in other countries' domestic affairs but it seems the latter has no intention of withdrawing its "meddling hand".

The protest's messaging, and the groups associated with it, raise a number of questions about just how organic the movement is.

MintPress News, a US news website, has reported that some groups involved in recent rioting in Hong Kong received significant funding from the National Endowment for Democracy, which it described as "a CIA soft-power cutout that has played a critical role in innumerable US regime-change operations". 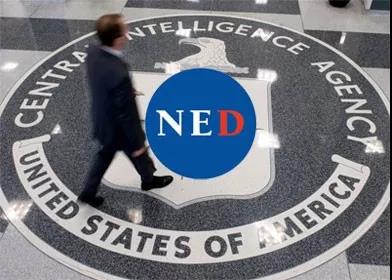 Although it promotes itself as a "non-governmental organization", the NED's website says it "receives an annual appropriation from the US Congress through the Department of State, to help the US government".

"NED's NGO status allows it to work where there is no government to government relations and in other environments where it would be too complicated for the US government to work."

NED was founded in 1983 when the spotlight on the CIA was so intense that new methods — without a clear connection to the US state — had to be found to promote US interests in foreign political systems.

Presenting itself as an independent and private NGO, its function was to take over the CIA's political regime-change programs.

"We should not have to do this kind of work covertly. It would be terrible for democratic groups around the world to be seen as subsidized by the CIA," NED President Carl Gershman told the New York Times in 1986. "We saw that in the sixties, and that's why it has been discontinued. We have not had the capability of doing this, and that's why the endowment was created."

In 1991, The Washington Post quoted another NED founder, Allen Weinstein, as saying "a lot of what we do today was done covertly 25 years ago by the CIA".

Screenshot of The News with Rick Sanchez of RT TV

NED doesn't hide its support for "democratization" in certain Asian countries, proclaiming on its website: "In 2017, the Endowment prioritized countries in Asia ... where the NED was positioned to have the greatest impact. Building upon NED's strategy from previous years, programs continued to be concentrated on key countries within each sub-region."

Voice of America interviewed Louisa Greve, then vice-president of NED's programs for Asia, the Middle East and North Africa, in 2014. It said the organization had been funding programs in Hong Kong for about two decades, with grants totaling several million dollars. Greve said the level of support had been consistent during that period.

VOA said NED's three partners in Hong Kong were the US-based Solidarity Center and Hong Kong Human Rights Monitor, which received grants of around $150,000 and had been working in Hong Kong since 1997, and the US National Democratic Institute, which had a $400,000 grant.

MintPress News said NED funding for groups in Hong Kong actually dates back to 1994, with HKHRM receiving more than $1.9 million between 1995 and 2013. 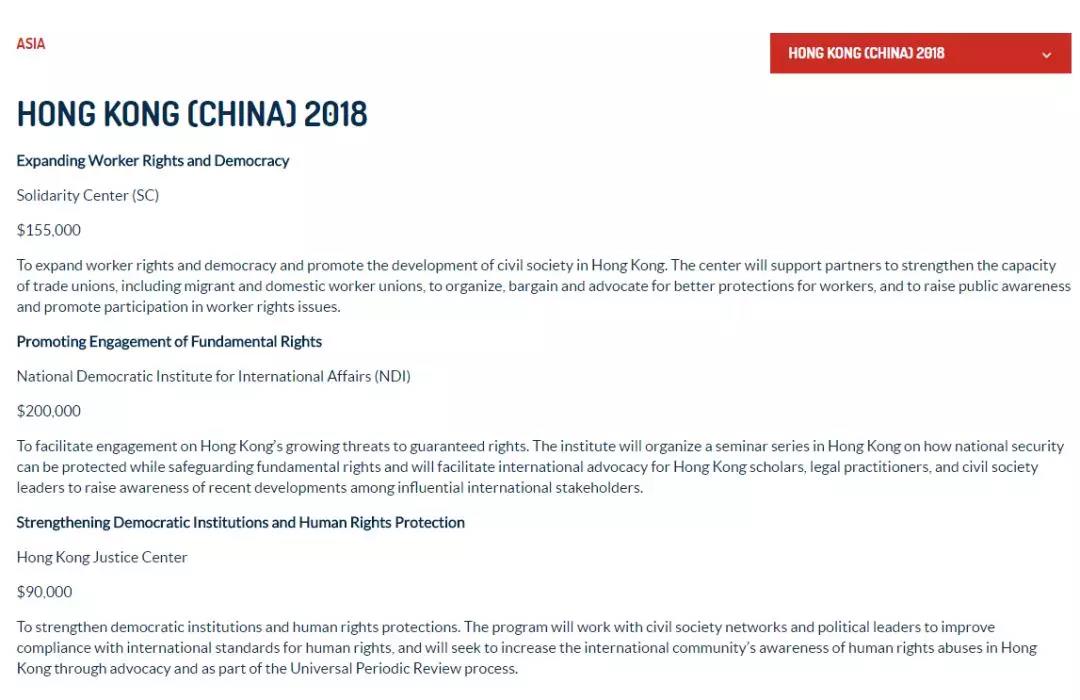 Through the work of its three partners in Hong Kong, NED has had close relations with other groups in the region.

An episode of The News with Rick Sanchez on Russia's RT TV network in July disclosed that six organizations are taking money from and working with NED.

They are the HK Institute of Human Resource Management, the HK Confederation of Trade Unions, the HK Journalists Association, the Civic Party, the Labor Party and the Democratic Party, whose founding chairman is Martin Lee.

They are all members of the Civil Human Rights Front, a coalition Hong Kong media, including the South China Morning Post and Hong Kong Free Press, say is the organizer of the anti-extradition law demonstrations.

Screenshot of The News with Rick Sanchez of RT TV

In an interview with the Fox News show DEFCON 3 in 2014, Michael Pillsbury, a senior fellow at the Hudson Institute, said the US holds some influence over political matters in Hong Kong. 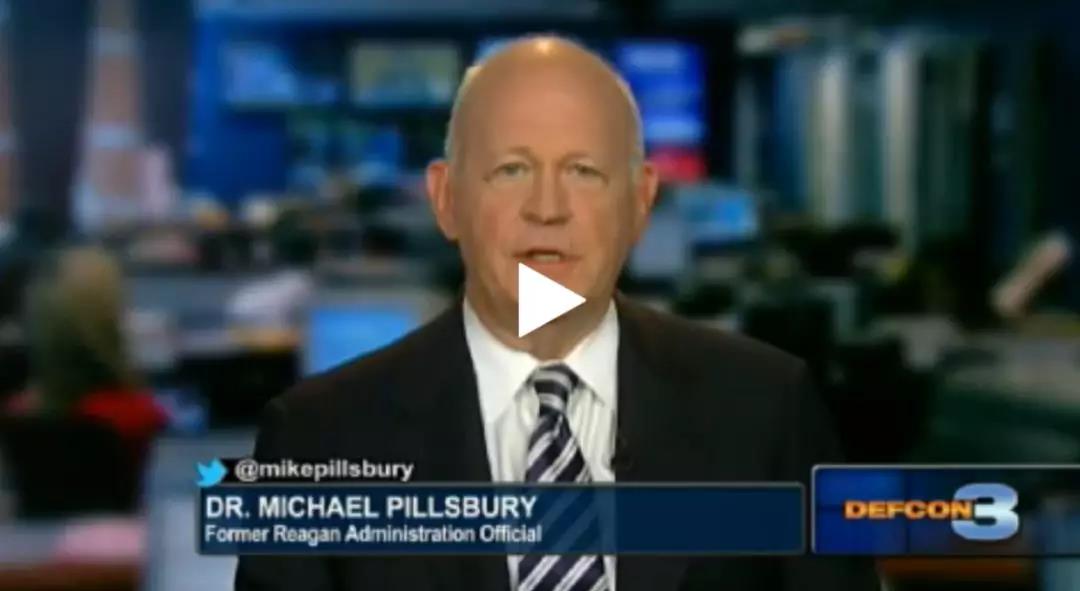 "We have also funded millions of dollars of programs through the National Endowment for Democracy … so in that sense the Chinese accusation (that the US played a role in Hong Kong protests) is not totally false…" he said.

It is inconceivable that the organizers of the current Hong Kong protests are unaware of the NED's ties to some of the coalition's members. In her interview with VOA in 2014, Greve said activists knew the risks of working with NED partners, "but they still say 'international cooperation is legitimate'". 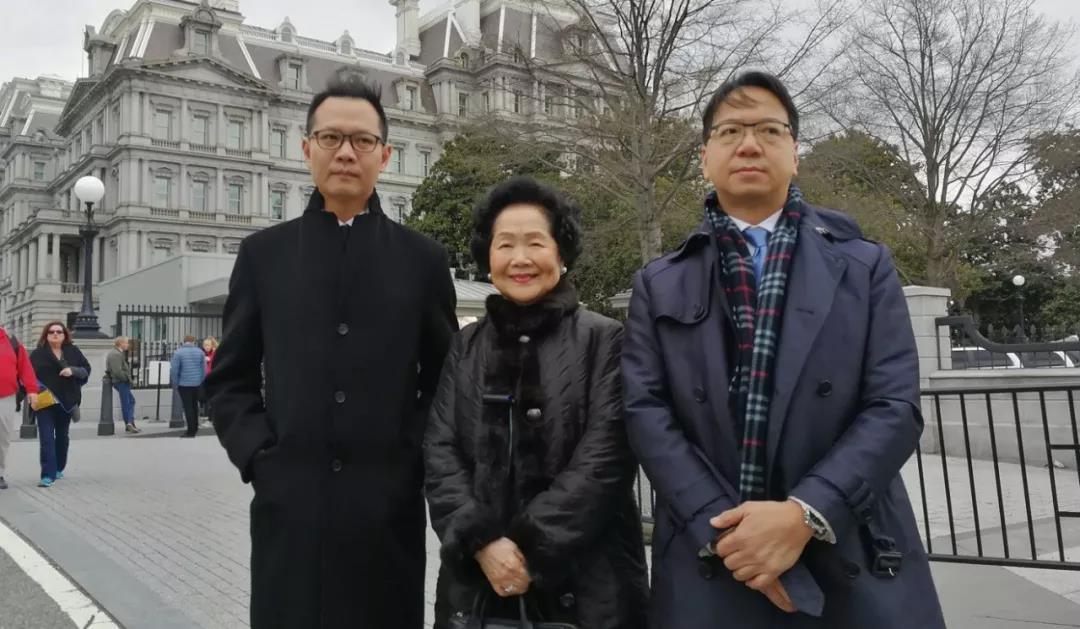 Two months later, Lee visited the US and met with US Secretary of State Mike Pompeo and participated in an event organized by NED. The same sequence of events occurred in the illegal "Occupy Central" movement in 2014.

Lee and Chan discussed plans for "Occupy Central" with Greve in Washington in April 2014, telling her about the movement, its key players, agenda and demands. 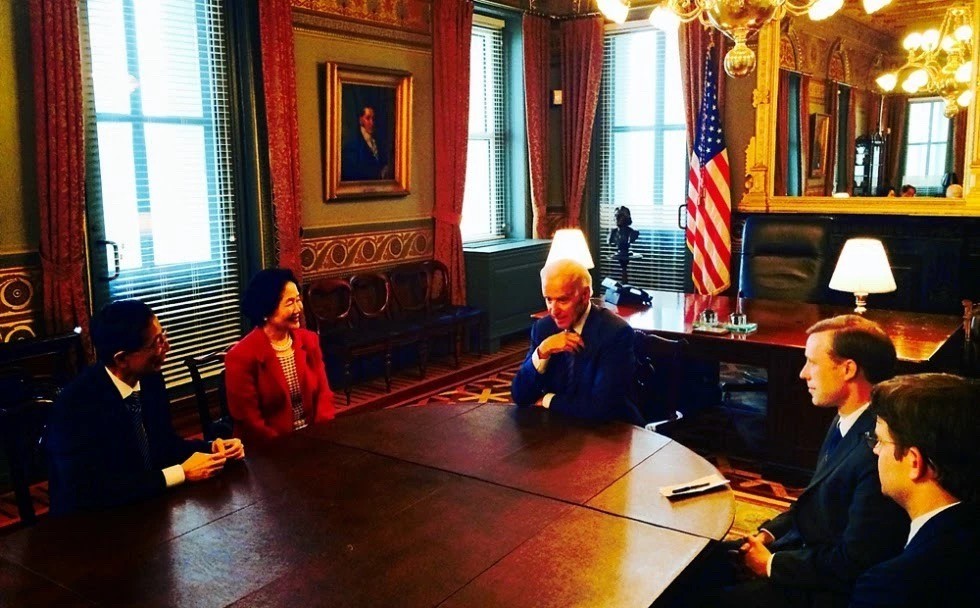 NED, described by American historian William Blum as an organization that often does exactly the opposite of what its name implies, has never stopped its global meddling. It uses the tool of democracy to fan "color revolutions" around the world.

In the 1980s, it funded "democratic forces" in Czechoslovakia, Hungary, Romania, and Bulgaria to agitate for "regime change", according to a Washington Post report in 1991.

More recently, it has sought to influence elections in Mongolia, Albania, Bulgaria, and Slovakia and has built "anti-Russia movements in... Ukraine, Belarus, Moldova, Georgia, Serbia, Kosovo, and Bosnia-Herzegovina", according to Stephen Kinzer, an international and public affairs specialist at Brown University, who said the organization should be more properly called the "National Endowment for Attacking Democracy".NED has also given money to "civic groups" in China's Xinjiang Uygur and Tibet autonomous regions to sabotage the region's stability. Zhang Guoqing, an expert from the Chinese Academy of Social Science told Global People that NED is an old hand at planning "color revolutions" around the world, especially in Middle Asia, the Middle East, and South America. These kinds of "revolutions" have become a major political tool for the US to subvert state power, said Zhang.

It claims to be safeguarding democracy around the world, but is, in fact, bringing destabilization to the countries it targets at US taxpayers' expense.