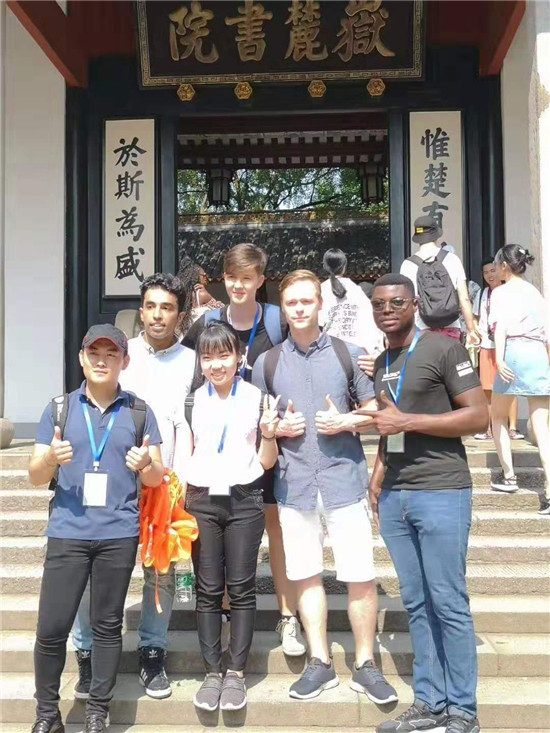 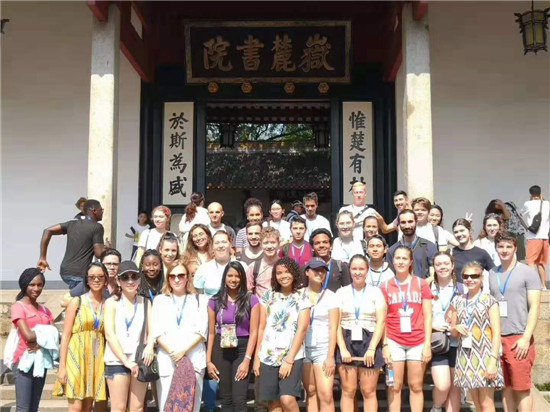 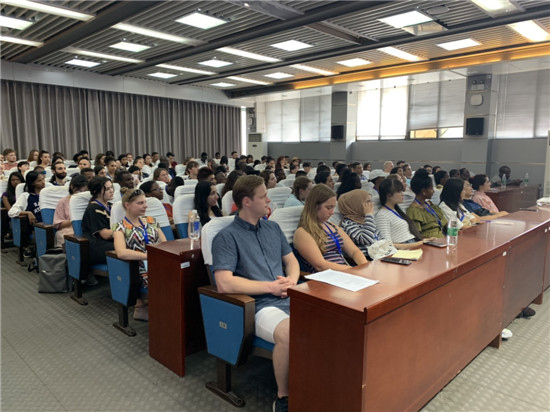 The Summer Camp of the 18th “Chinese Bridge” Chinese Proficiency Competition for Foreign College Students opened at Hunan University (HNU) on August 19, 2019. It was hosted by the Confucius Institute Headquarters (Hanban) and organized by HNU. A total of 123 participating college students from 102 countries were arranged to take an 11-day camp between August 13 and 23 in China. Before arriving in Changsha, they had taken cultural tours in Beijing and Shandong. The Changsha-based camp will last for 5 days.

“I can sing Chinese songs, and watch movies in Chinese. My Chinese teacher can appreciate and sing Bengalese songs. We are from ‘one world, one family’”, Li Meng (Chinese name) from Bangladesh gave a self-introduction at the opening ceremony. 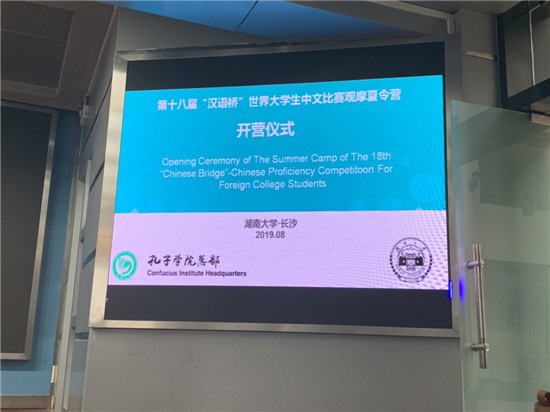 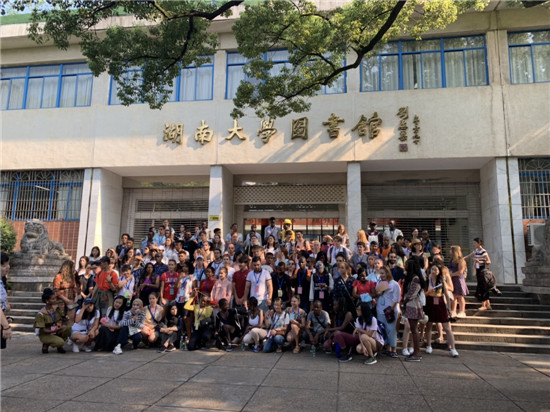 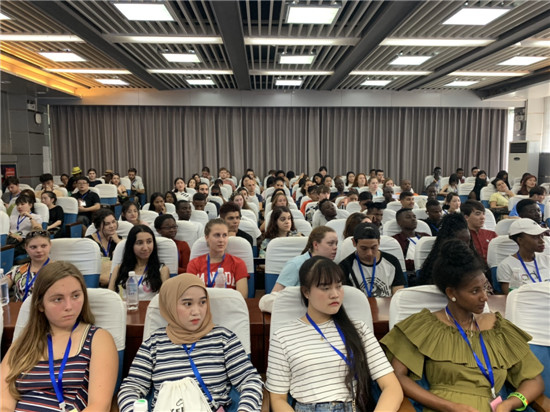 All the participators were the “Chinese Bridge” competition competitors in the preliminary and quarter-finals. During the camp, they will visit Yuelu Academy, Hunan Museum, Tea Museum, and Chinese families, and communicate with Chinese college students. They will see the live TV show taping of the “Chinese Bridge” competition finals at Hunan TV station.

HNU Overseas Students Center Director Xie Jun remarked that, 40 Chinese families had been selected in advance. Each family will receive two or three foreign college students, to better their understanding of Chinese culture and customs.

Began in 2009, HNU has organized 11 annual summer camps for the “Chinese Bridge” competitions. Such camp aims to, on one hand, arouse the participating students’ interests in Chinese language and culture; and on the other hand, facilitate Chinese and foreign youths’ communication, and encourage them to act as envoys for the friendship between China and their countries.