At a popular AMC theater in Arcadia, US state of California, this weekend, a capacity crowd wearing 3D glasses enjoyed a fast-paced, animated action-comedy feature with wonderful animation and snappy rib-tickling dialogue.

Hollywood's latest blockbuster? No. It was Ne Zha, China's most successful animated feature ever.

According to Maoyan, a major Chinese film database and ticketing platform, the film broke many records by amassing over 4.656 billion yuan (around $650 million) through Saturday in China's box office, surpassing Chinese home-grown science-fiction blockbuster Wandering Earth (4.654 billion yuan) to be the second-highest-grossing film in China - behind only Chinese action film Wolf Warrior 2 (5.68 billion yuan) and well ahead of the top-grossing American blockbuster in China, Avengers: Endgame. 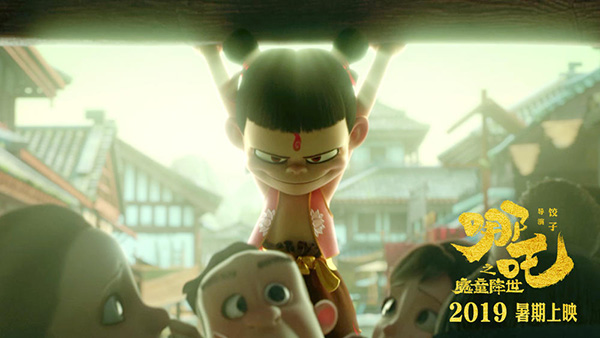 Distributed by Beijing Enlight Pictures in China and Well Go USA in North America, the blockbuster film is now in select IMAX 3D theaters throughout the United States where American cinephiles have a chance to see what all the excitement's about.

David Goldman, an American fan of Japanese anime, drove out to Arcadia from LA to check out China's contribution to global animation. Arcadia is a city in Los Angeles County with large Chinese immigrants population, located about 13 miles northeast of downtown LA.

"The animation was amazingly good. And if something's really good, it doesn't matter where it comes from," Goldman told Xinhua. "Japanese animation proved itself and made it into the US market. I don't see why this one wouldn't too."

Catherine, another American viewer, added, "It was really great - and funny. They did a terrific job," she said, praising the huge advance that China has made in animation techniques in the last 5 years.

According to Forbes, Ne Zha will earn around $1.43 million over the Thur-Sun debut in North America with a strong $20,399 per-theater average.

Directed by first-time writer-director, Yang Yu (aka Jiao Zi, meaning dumpling), the film features Ne Zha, a popular young hero of Chinese legends and literature such as the literary classic Journey to the West. Born with unique powers, Ne Zha finds himself as an outcast who is hated and feared. Destined by prophecy to bring destruction to the world, the boy must choose between good and evil.

Though its plot differs considerably from the traditional tale and it's sprinkled throughout with goofy, Disneyesque humor, the film and legend share the same underlying theme of a young man's rebellion against the shackles of fate and becoming the hero.

Said moviegoer, Joyce, "It's based on the traditional story, but they added a lot of creative new stuff."

Her friend, Leo, agreed, "It's like Shakespeare - everyone knows about him, but they don't always know his real stories. In this movie, they put their own twist on it. It respects the old legends, but it's innovative."

Danielle Ho, another audience member who came with a group of friends, told Xinhua, "It's inspiring. Because we have Chinese origin, we can understand the language and the culture and the story," she said. "But Americans probably won't be able to understand it completely, even with the subtitles. But I hope they get the message." 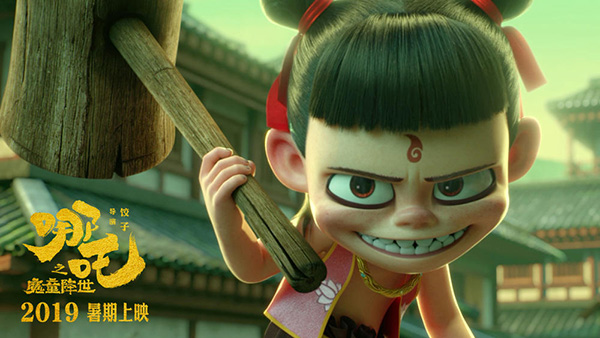 The Hollywood Reporter called the film "an innovative take on a well-known work of classical Chinese mythology," while the Los Angeles Times found it even more praiseworthy -- "Residing just beneath all the visual razzle-dazzle is a stirring message of empowerment."

When asked by Xinhua what she thought of the film's message that one can decide one's own fate, audience member, Joy Liu, replied, "Wow, that's a big question."

It's no wonder the film is so popular in China. The film serves as an anthem of self-determination for China's ambitious, young millennials determined to chart their own course in a culture still heavily bound by tradition and family and societal fealty.

"This is a good story for my parents to see, because they always told us we need to follow them..." said documentary filmmaker, Dora Wu.

"But, for our generation, we need to choose our own fate," she affirmed.

Asked if he thought the concept of choosing one's own fate was a modern idea, Zichen "Wolf" Tang, a cinematographer living in Glendale, responded, "It may sound like a modern idea, but some of the traditional legends about ancient Chinese heroes reflect similar ideas. But China is definitely changing," he acknowledged.

American Scott M., a psych major at University of Southern California (USC), told Xinhua, "It's a universal story. Kids anywhere in the world feel like they're misunderstood and want to lash out. The psychology behind it rings true and, besides that, it's a lot of fun."

Ne Zhasets the bar for China's rapidly-improving animation chops. Enlight's Chairman, Wang Changtian, said previously, "I believe the improvement in the quality of domestic flicks will give us a Chinese answer to Pixar."