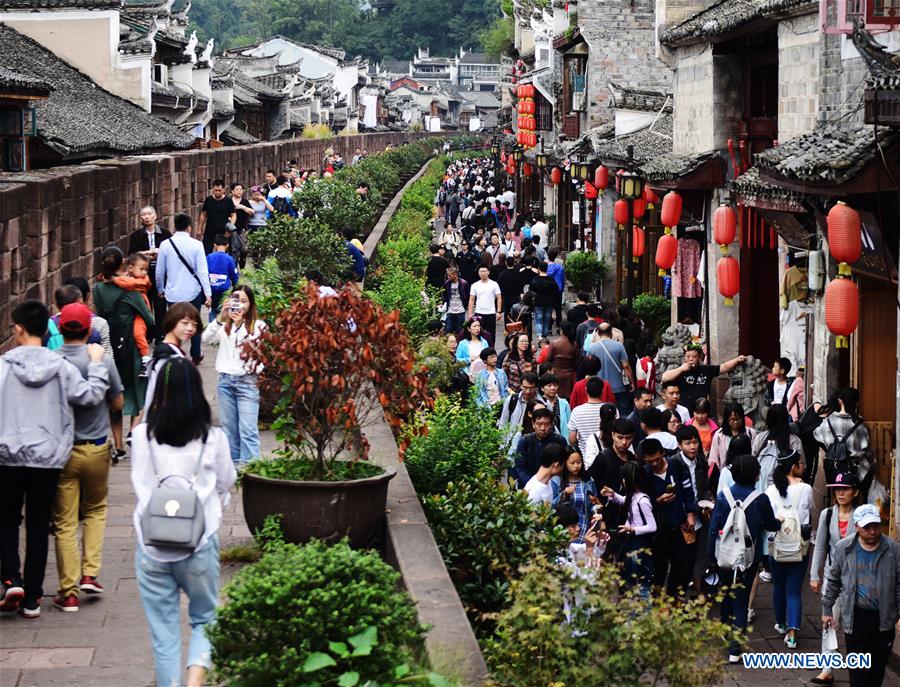 Beijing, Changchun in Northeast China's Jilin province, and Leshan in Southwest China's Sichuan province are predicted to be the top 3 cities most prone to traffic congestion during the National Day holiday, according to a travel forecast report.

As this year marks the 70th anniversary of the founding of the People's Republic of China, the report estimated the number of tourists bound for Beijing will far surpass the number in previous years. Beijing will top the popular destination city list, followed by Shanghai, Hangzhou, Suzhou, Nanjing, Chengdu, Chongqing, and Xi'an, it said.

The Palace Museum, the West Lake and the Bund expected to be the top 3 most popular scenic spots, followed by Tian'anmen Square, Shanghai Disneyland, Wuzhen scenic spot, Huangshan Mountain, Kuanzhai Alley in Chengdu, Hongyadong housing complex in Chongqing and the Temple of Heaven.

Shaanxi History Museum and the Giant Wild Goose Pagoda in Xi'an and Yangshuo Park in Guilin are considered to be the top 3 scenic spots most prone to traffic congestion.

The China Academy of Transportation Sciences predicted that highway traffic will reach peak congestion at around 10 am every day from Oct 1 to 4, and suggested travelers avoid the period.