Well-being of "the people," an original aspiration that transforms China

With a fundamental purpose -- "serving the people wholeheartedly," the Communist Party of China keeps true to its original aspiration and mission to seek happiness for the Chinese people and rejuvenation for the Chinese nation. The original aspiration, which has guided Chinese communists from times of turmoil along the path towards national rejuvenation, has had a significant influence in China and the world at large.

LONDON, Sept. 26 (Xinhua) -- During the summer of 1845, sitting by an oak desk in the medieval Chetham's Library in Manchester, Britain, Karl Marx and Friedrich Engels were pondering and possibly arguing over some of the greatest topics in the contemporary human history.

Facing widespread destitution caused by reckless capitalist exploitation, the two great philosophers and revolutionists were about to usher in a new epoch to create a world that values the interests of vast majority of the people, instead of the few.

This aspiration and ideal instilled hope in an immensely unequal world and helped create one of the largest socialist nations -- the People's Republic of China (PRC), and has continued to inspire and transform much of the world. 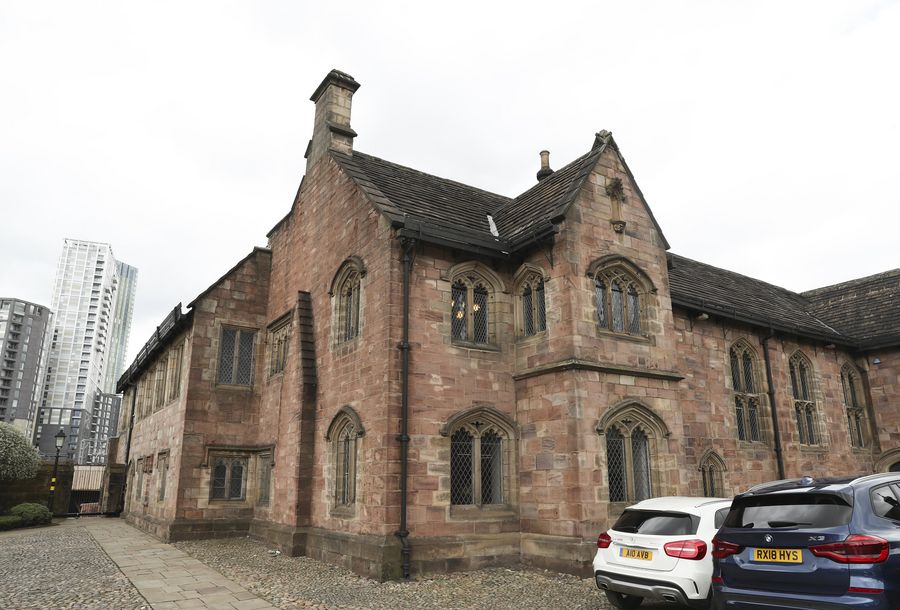 From Britain to other parts of Europe, Chetham's Library witnessed just one of many scenes that Marx and Engels were envisioning how to challenge and change the capitalist society where wealth accumulated in the hands of just a few.

The oak desk they sat by in the window alcove of the reading room of the library remains intact today, along with some books that they had flipped through.

Robert Griffiths, general secretary of the Communist Party of Britain (CPB), told Xinhua that the term "people," referred to as "the immense majority," was enshrined in the manifesto since its birth.

David Pestieau, vice president of the Belgian Workers' Party (PTB), said that Marx didn't just simply criticize capitalism and change worldview, but brought an intellectual dimension to old static interpretations of society, thus sowing the seeds of socialism that would blossom for decades to come.

Following the Bolshevik Revolution in Russia in 1917, also known as the October Revolution, the development trajectory of China, a giant Asian country then caught up in the social upheaval of foreign aggression and warlords infighting, was about to change.

Some light of idealism was kindled in Europe before the kick-start of a key chapter of Chinese history. 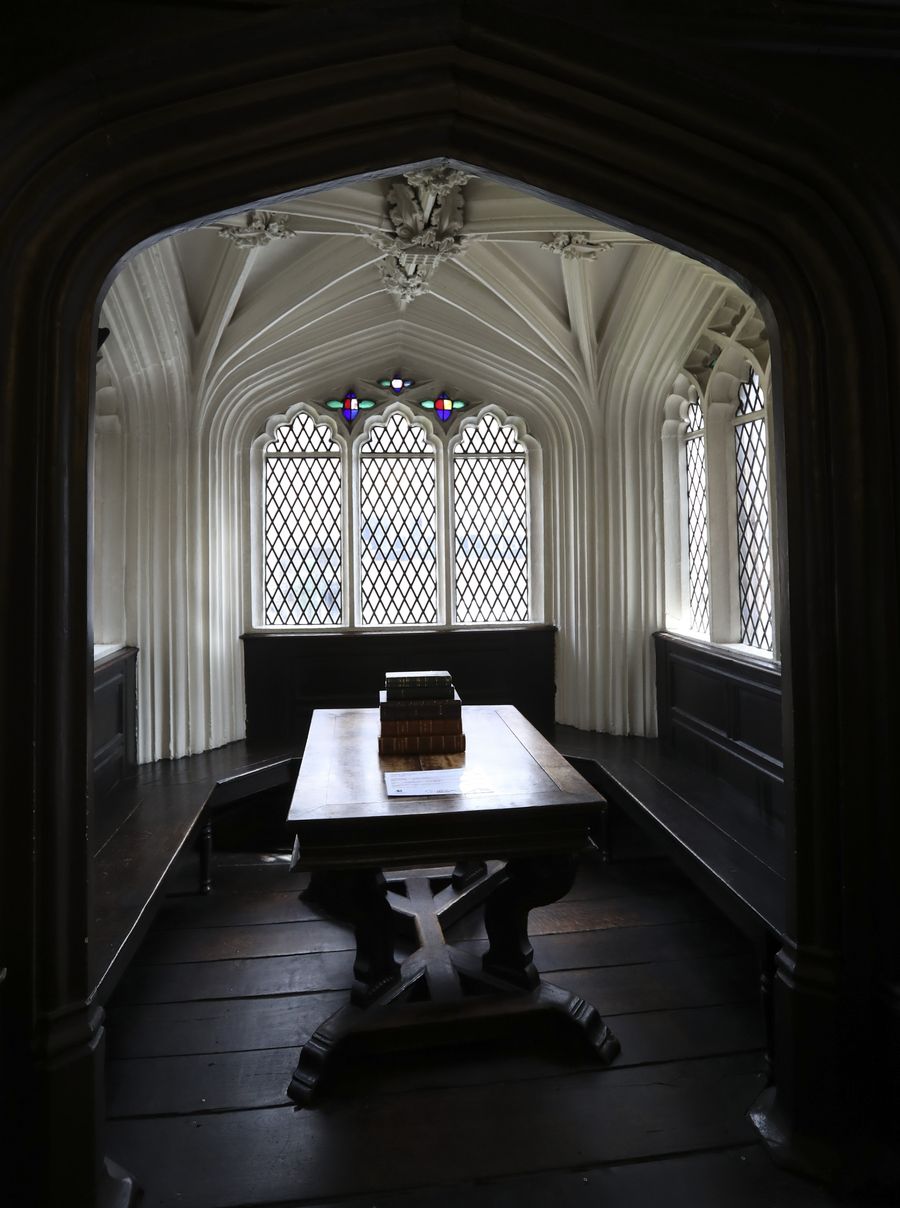 Since 1919, thousands of progressive young Chinese went to France, where they worked in factories in Paris, Lyon and Montargis to pay for their studies. Among the students were late Chinese leaders Zhou Enlai and Deng Xiaoping.

Many of the young Chinese studying in France became interested in Marxism. The inspiration originated from the manifesto helped establish one of the earliest Chinese communist party groups in France.

The Chinese students were convinced that they had found the light to lead their country out of the darkness after nearly all other approaches, including the 1911 Revolution that overthrew the Qing Dynasty and briefly created a republic, had failed to lift China from its misery due to complex historical and social reasons.

The seeds of hope started to sprout in China in 1921, when the Communist Party of China (CPC) held its first congress in Shanghai and announced the founding of the party.

The Communist Manifesto and its ideal to serve the people have transformed China in ways hard to imagine, said Griffiths.

After the arduous anti-Japanese aggression war and a civil war, on Oct. 1, 1949, the PRC was founded, opening a new chapter of Chinese history. On Oct. 3, 1949, an article titled "The New China" was published on British daily The Times, which described the victory of the Chinese communists "as great in its consequences as the Bolshevist revolution in Russia in 1917."

"They have evolved ... a clear political and economic programme to carry them forward over the next few years," said the article kept in the British Library archive.

Perhaps few in the world then could have anticipated what "the New China" would achieve.

Seventy years on, the previously isolated and destitute country has turned into the world's second largest economy, with its gross domestic product increasing by more than 450 times, from 30 billion U.S. dollars in the early years of the PRC to more than 13.6 trillion dollars in 2018.

In particular, during the four decades since its reform and opening-up in 1978, China has lifted more than 800 million people out of poverty, contributing over 70 percent to global poverty reduction.

In an article published earlier this year on the CPC's flagship magazine Qiushi Journal, Xi Jinping, general secretary of the CPC Central Committee, said the party's long-term governance requires commitment to its original aspiration and mission, as well as the spirit of self-reform.

With a fundamental purpose -- "serving the people wholeheartedly," the party keeps true to its original aspiration and mission to seek happiness for the Chinese people and rejuvenation for the Chinese nation.

Griffiths said the original idealism to serve the interests of the people and those of humanity at large still remains "remarkably strong" in China, which is "reflected in the great advances that China has made over the most recent period."

By 2021 when the CPC celebrates its centenary, China is expected to "build a moderately prosperous society in all respects" and to eradicate poverty completely. 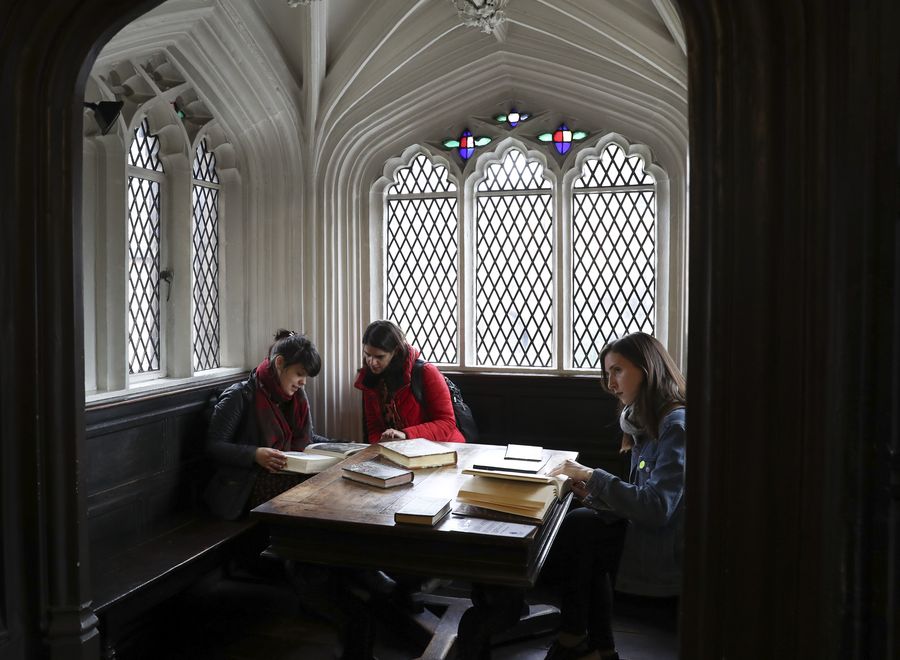 The original aspiration, which has guided Chinese communists from times of turmoil along the path towards national rejuvenation, has had a significant influence in China and the world at large.

In 2013, Xi proposed the Belt and Road Initiative (BRI) and the concept of "a community with a shared future for mankind."

The BRI, aimed at building a trade, investment and infrastructure network connecting Asia with other parts of the world along the ancient Silk Road trade route and beyond, is a platform of opportunities and a road to prosperity for all participants. More than 166 countries and international organizations have signed BRI cooperation documents with China.

The concept of building a community with a shared future for mankind has also become a global consensus. It is now endorsed by documents of the United Nations, the Group of 20 and other international organizations, playing a positive role in promoting peace and progress of mankind.

"It's very important that these ideals are not only expressed in words but that we see governments and ruling parties striving to turn them into deeds ... all the signs are that real progress has been made to turn those ideals into reality in China," Griffiths said.

"China is playing a more and more prominent role in that way and that can only be for the benefit, not only of the people of China but the benefit of all of people across the world," he added.