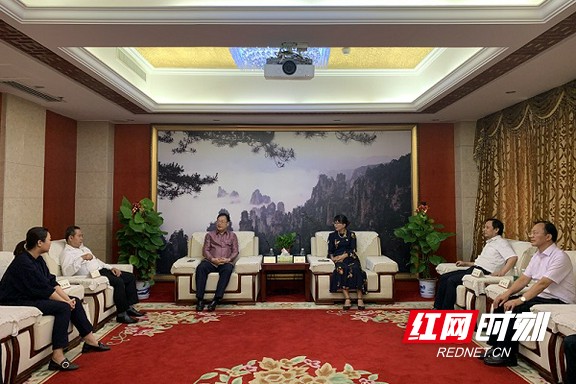 Ben Intabadi, consul general of the Consulate General of Laos in Changsha, paid a special visit to Hunan Federation of Overseas Chinese with his delegation on September 26. Huang Fang, secretary of CPC committee of Hunan Federation of Overseas Chinese, met with the consulate general. The two sides exchanged views on the friendly cooperation between Hunan province and Laos in the economy, trade, science, and technology, with a view to promoting the friendly exchanges between the two sides in a wider field.