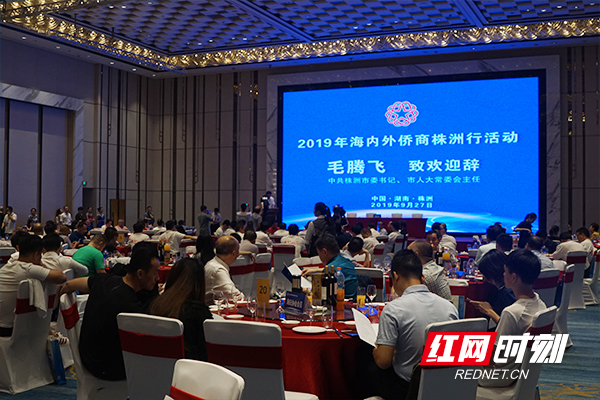 An activity for overseas Chinese businessmen was held in Zhuzhou on September 27, on the occasion of the 70th anniversary of the founding of the People's Republic of China. More than 120 representatives attended the activity, and they are from overseas business from the United States, Europe, Canada, Laos, Spain, Hong Kong, Shanghai, Zhejiang, Shanxi, and Shaanxi.