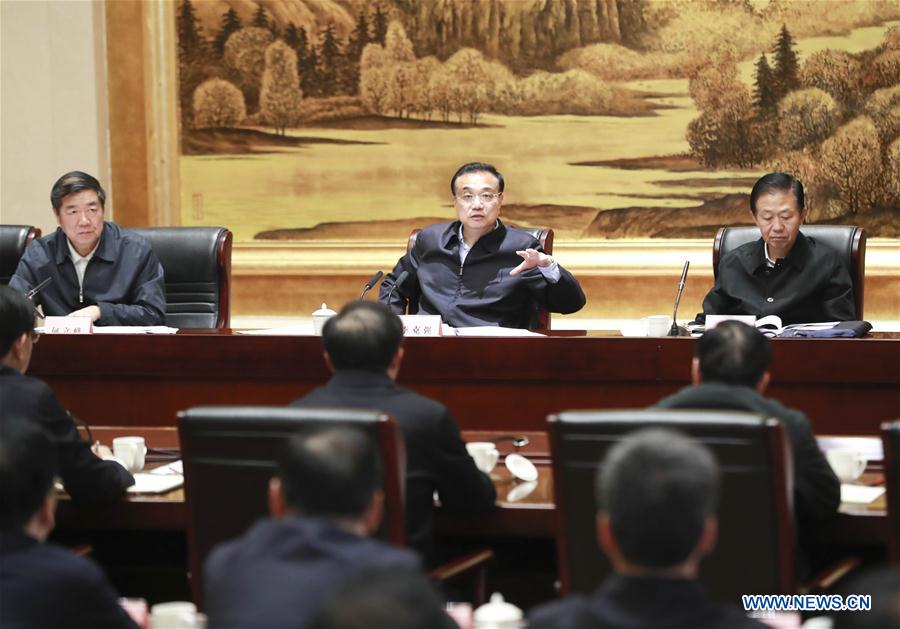 Chinese Premier Li Keqiang, also a member of the Standing Committee of the Political Bureau of the Communist Party of China (CPC) Central Committee, chairs a symposium attended by heads of some provincial governments to analyze the current economic situation in Xi'an, capital of northwest China's Shaanxi Province, Oct. 14, 2019. (Xinhua/Pang Xinglei)

Amid more complicated international situations and slowing global economic growth, the Chinese economy has maintained its overall stability so far this year, with steady progress in structural adjustment and continuous improvement in people's livelihood, Li said in Xi'an while chairing a symposium attended by heads of some provincial governments to analyze the current economic situation.

The country should step up efforts to enhance the economy's resilience, address downward pressure, increase employment, keep prices stable, and safeguard people's livelihood, according to the premier.

He underscored the implementation of various measures to cut taxes and fees and reduce financing costs, as well as the use of counter-cyclical adjustment policy tools.

He said the country will give play to local government special bonds and encourage private investment.

While continuously accelerating the construction of a market-oriented, law-based and internationalized business environment, streamlining administrative procedures and improving enterprises' innovation capabilities, China should boost the development of the industrial internet and facilitate the upgrading and transformation of manufacturing companies, Li said.

The premier also called for efforts to promote high-level opening-up and international cooperation in trade and investment, adding that the country should prioritize employment and strengthen employment support for university graduates, veterans and those with employment difficulties.