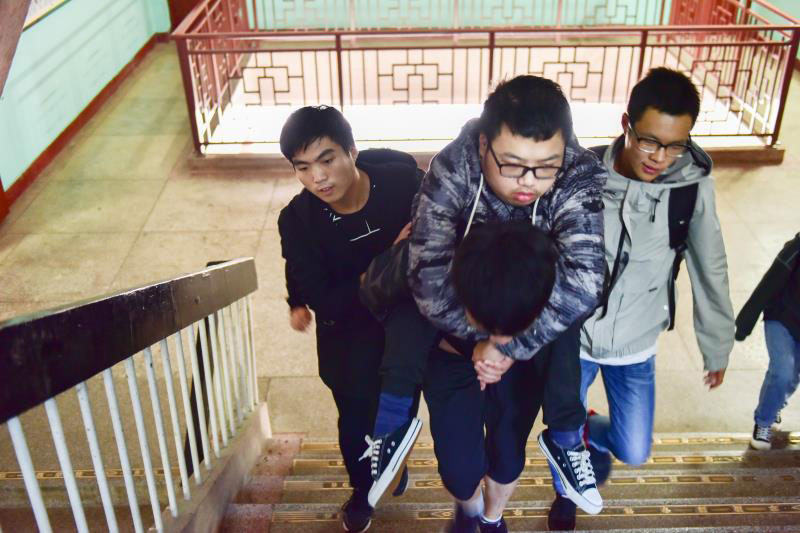 A classmate carries Li Jiqin on the back. [Photo by Li Shenhan/chinadaily.com.cn]

A heart-warming scene has moved people a lot on the campus of Hunan University of Science and Engineering in Yongzhou, Central China's Hunan province, where students carry a disabled classmate to school every day.

"We are classmates and brothers. In the following four years, we would like to carry you to class," said these classmates who helped Li Jiqin, a freshman this year at the School of Electronics and Information Engineering.

Li became unable to walk after he contracted poliomyelitis at a young age. It was his mother Gu Qixiang who carried him to school, but now it has become hard for her to carry a son who weighs more than 75 kilograms.

On Sept 7, the first day when Li, his mother, and sister arrived at the university, teachers realized his situation and arranged for a teacher's apartment on the ground floor for his family, as well as the building of a concrete slope into the apartment that evening. 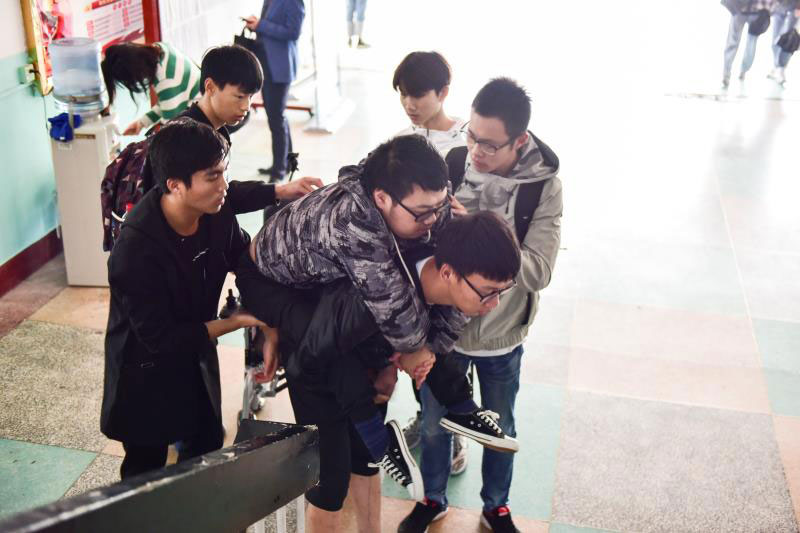 A classmate carries Li Jiqin on the back. [Photo by Li Shenhan/chinadaily.com.cn]

After 13 days of military training, class monitor Zhou Yaohui arranged the students into groups of five and scheduled them to take turns carrying Li.

Every day, when Li rolls his wheelchair to the teaching building, a strong classmate carries him on the back, with two assisting and two carrying his schoolbag and other things.

Due to his weight, the classmate carrying him might sweat a lot after spending around three minutes climbing stairs to classrooms on the fourth or fifth floor. 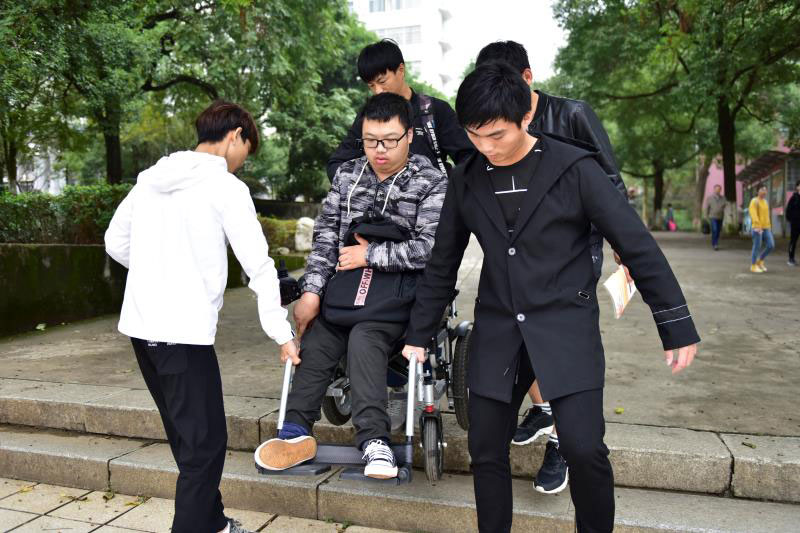 Grateful for the help, Li said that he felt the warmth from the class, and would be optimistic and positive, studying hard. Zhou said that "he thanked the classmates who carry him a lot every time."

The school has also arranged his mother Gu Qixiang to work as a cleaner at the dormitory, which could help improve their economic situation. Since his disability, Gu has had to work part-time jobs to support the family.

Li chose to major in computer science and technology because of his interest and physical condition. He would like to be a programmer, "hoping to work to support the family in the future."

Feng Zhiwei contributed to this story.