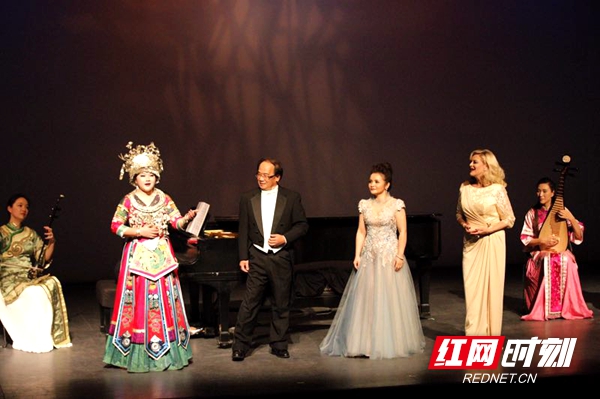 Huang said that the aiding activity to Turpan is to implement the decision-making arrangements of the Hunan CPC Committee and Hunan provincial government and to fulfill the responsibility of the Hunan Federation of Returned Overseas Chinese. She hopes that the medical team of Xiangya Hospital of Central South University can actively exert its strengths and provide medical consultation and assistance to the Uyghur compatriots to solve the problems of the people's physical illness to the greatest extent. At the same time, she sincerely invited friends from Turpan to come to Hunan for the exchange. Further exchanges and cooperation should be strengthened between the two places, and people should learn from each other for enhancing friendship and make greater contributions.

According to incomplete statistics, during the “Twelfth Five-Year Plan” period, Hunan planned to assist 62 Turpan projects with a total investment of 6.916 billion yuan and aid funds of 1.284 billion yuan. According to the "13th Five-Year Plan", Hunan's counterpart aid projects will reach 106, and the aid funds will exceed 1.8 billion yuan. Since the Xiangya Hospital of Central South University has undertaken the task of aiding medical personnel in Xinjiang since 2011, it has selected 52 medical personnel to provide supports to relevant medical institutions, and“group-type assistance to Xinjiang” model is established, which has made positive efforts for hospitals in Xinjiang.