All countries welcomed to promote products at expo 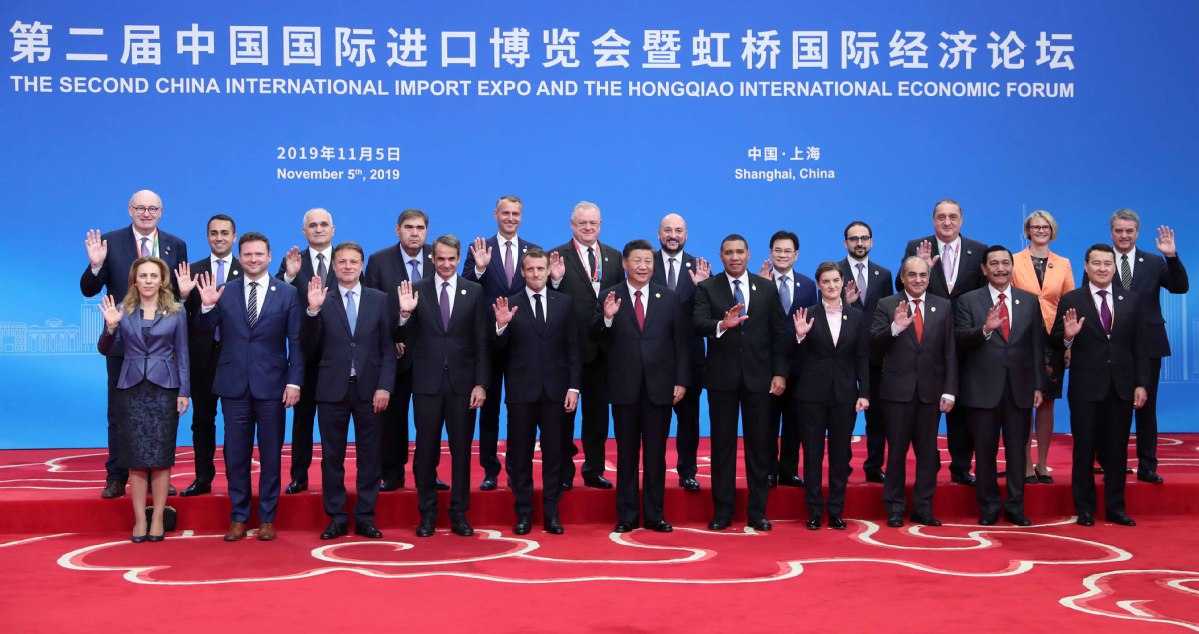 President Xi Jinping and other leaders as well as guests from around the world gather for a photo before the second China International Import Expo opens in Shanghai on Tuesday. FENG YONGBIN/CHINA DAILY

China welcomes all countries to promote their products at the second China International Import Expo to meet Chinese people's aspirations for a better life, President Xi Jinping said on Tuesday while touring pavilions with foreign leaders after the opening ceremony of the expo in Shanghai.

Accompanied by French President Emmanuel Macron, Xi first visited the French pavilion, where he was invited to taste French wine and beef.

The French entrepreneurs who were present told Xi that French companies are optimistic about the Chinese market and hope to further expand exports to China.

Xi said that China has a large consumer market that can satisfy diverse demands at different levels and he hoped the French entrepreneurs would be farsighted and enhance mutually beneficial cooperation with China.

At the Chinese pavilion's "An Open China" exhibition area, the foreign leaders listened to a briefing on the construction of the China (Shanghai) Pilot Free Trade Zone and the Belt and Road Initiative.

Speaking in front of a display screen at the Chinese pavilion with a countdown of China's poverty alleviation goals, Xi stressed that China is willing to share its experience with other countries and jointly build a community with a shared future for mankind that has no poverty but common development.

The foreign leaders spoke highly of the import expo and hoped to push bilateral trade cooperation to a new level through the annual event.

They said they are optimistic about China's development and the bright prospects of the Belt and Road Initiative, and that they are looking forward to pursuing common development and prosperity with China.