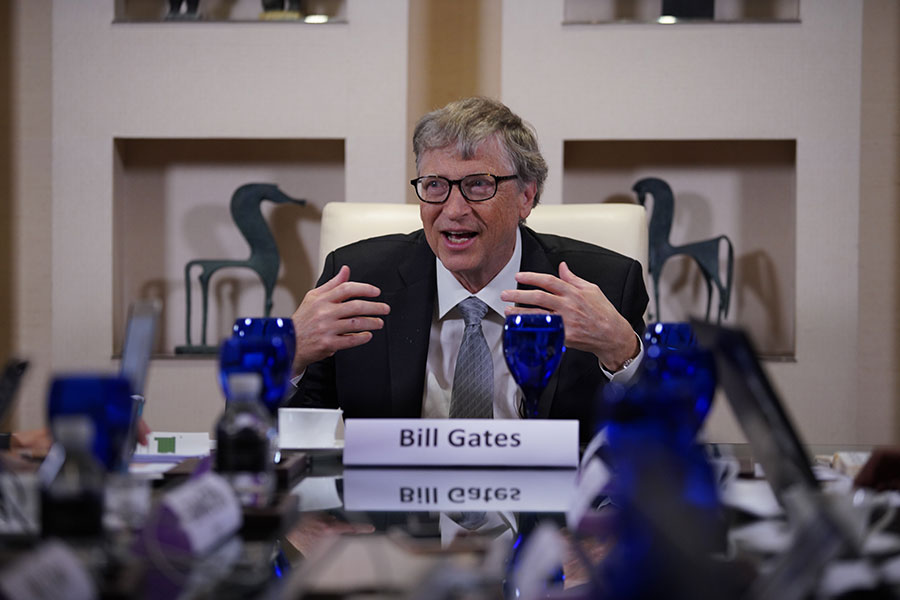 Bill Gates speaks during an interview with Chinese media in Beijing, on Nov 21, 2019. [Photo provided to chinadaily.com.cn]

Philanthropist and Microsoft founder Bill Gates said on Thursday that he will be looking for opportunities to cooperate with China on developing nuclear energy despite the recent suspension of a joint venture between the US-headquartered TerraPower and a top Chinese nuclear-power producer.

"The TerraPower thing, that was a setback, but there are ways to come back and engage China in a fairly deep way later in the project," he said during an interview with Chinese media in Beijing.

TerraPower, a nuclear innovation company chaired by Gates, reached an agreement with the China National Nuclear Corporation in 2017 to trial its traveling-wave reactor in China.

But the plan was announced as scrapped in late 2018 amid tighter rules the US has imposed on technology cooperation with China.

TerraPower is now working on collecting funds from the US government to build its first demonstration site in the US instead.

"I'm still hopeful that once we get the demo plant going in the United States, that we'll return to our Chinese partners and see how we can work together," he said.

He added that China is capable of making contributions to developing and promoting nuclear energy.

"China's building about 40 percent of all the nuclear builds in the world. China has incredible engineering skills," he said.

To generate electricity through nuclear innovations is part of Gates' efforts to reduce greenhouse gases and mitigate climate change.

The work is unrelated to the Bill &Melinda Gates Foundation he co-founded in 2000, which focuses on building the resilience of poor farmers through promoting better seeds and agricultural practices to help them fend off the negative impact of climate change.

"We're encouraging all the donors, including China, to get involved more in this seed work for poor farmers, including Africa," he said.

"If we don't have cooperation, then things like climate change will be much more difficult to solve," he added.