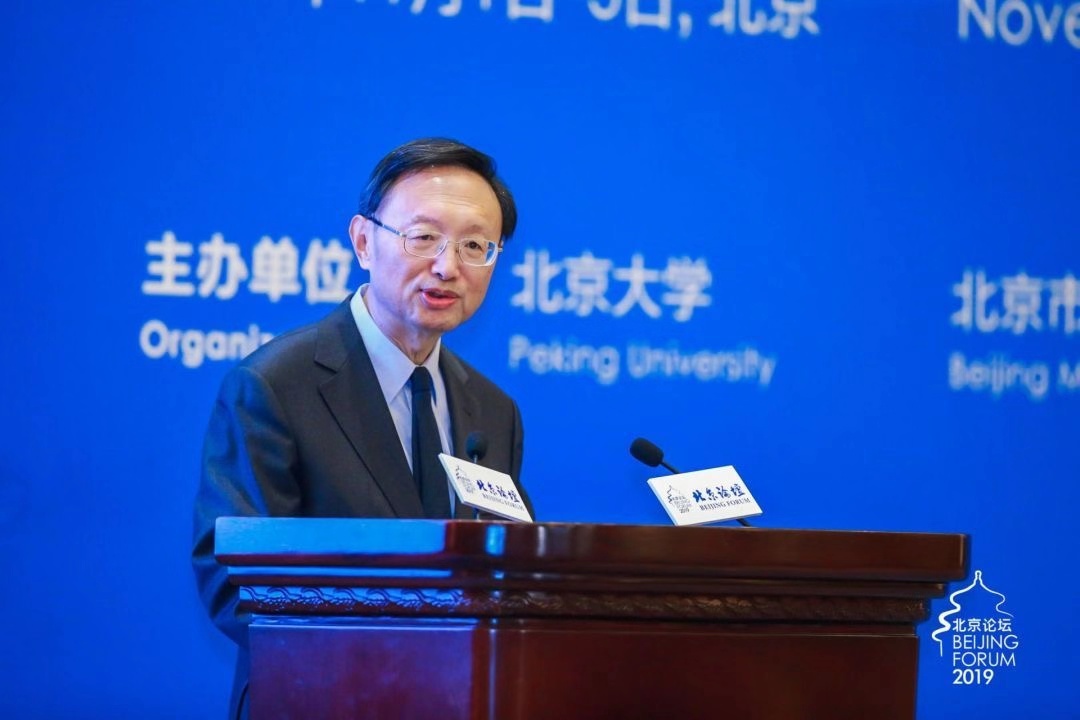 In an interview with Xinhua News Agency released on Tuesday, Yang, a member of the Political Bureau of the Communist Party of China Central Committee and director of the Office of the Foreign Affairs Commission of the CPC Central Committee, said China has lodged stern representations with the US over the passing of the bill in the US Congress.

The US House of Representatives sent the bill to the White House last week after approving it, which the US Senate had done the day before. Under the bill, the US would annually review Hong Kong's autonomy and whether it will grant the city special economic status.

The measure now goes to US President Donald Trump, who could either approve or veto it. A veto could be overridden by a two-thirds majority vote of Congress.

Yang said the US Congress' passage of the act, despite stern representations and firm, repeated opposition from China, is blatant interference in China's internal affairs and seriously breaches international law and basic norms governing international relations.

He emphasized that Hong Kong affairs are purely China's internal affairs, which allow no interference from foreign forces, adding that the act would seriously harm China's interests and severely hurt the prosperity and stability of the Hong Kong Special Administrative Region.

Any attempt by Washington to interfere in China's internal matters and hinder China's development by making use of Hong Kong affairs will not succeed, Yang said.

Calling the most pressing task now to stop violence and restore order in Hong Kong, Yang said the SAR will absolutely maintain long-term prosperity and stability with resolute support from the Chinese mainland.

China urged the US to understand the situation and correct its mistakes. Otherwise, it will have to bear all the consequences, Zheng said.

The vice-minister stressed that the Chinese government is resolutely determined to safeguard national sovereignty, security and its development interests, implement the "one country, two systems" policy, and oppose any foreign interference in Hong Kong affairs.

In another development, Hong Kong Chief Executive Carrie Lam Cheng Yuet-ngor thanked Hong Kong residents on Tuesday for the orderly voting on Sunday despite a relatively volatile environment and said she hoped the peace over the weekend represented the voice of the people against violence.

Lam spoke to reporters ahead of the customary weekly Executive Council meeting. She appealed to a handful of protesters who remain holed up at the Hong Kong Polytechnic University to leave the campus peacefully.

Most protesters have left since police sealed off the area more than a week ago.

Photos circulating online show increasingly unhygienic conditions on the campus. One picture depicted worms crawling on leftover food kept in a corner of a canteen.

Lam told reporters that police have established a security task force to resolve the impasse. School principals, social workers and psychologists are part of the group.

Also on Tuesday, the spokesman for the Office of the Commissioner of the Foreign Ministry in the Hong Kong Special Administrative Region lodged stern representations over what it called false reports published by Reuters that day.